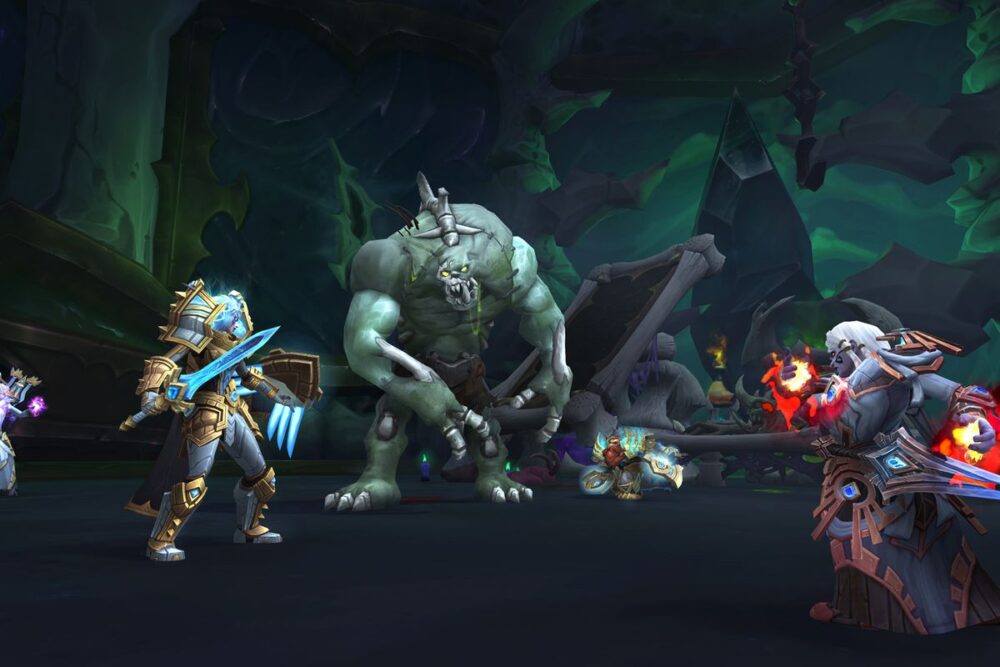 Video games are usually very rich in content. Although many of them experience extended dry spells where new updates and patches are few and far between, the general situation has mostly been positive in the industry. This is particularly true for online games where there is a constant need for additional stuff to come in and refresh the gameplay a bit. Among all current games, World of Warcraft easily offers the most amount of content and things to do in the game. Of course, since it has been one of the staples of industry for about 17 years, this should not come as a surprise. WoW is far more than a game, it is a cultural phenomenon, a leader not only in its own genre but the whole video game world as a whole. It is an extremely rare feat for a game to remain relevant for almost two decades, let alone to continuously have millions of active players log in every day.

Currently in its eighth major expansion, Shadowlands, WoW has seen its fair share of changes, revamps, and brand new systems. However, one core element of the game has stayed largely the same from the earliest days of the original World of Warcraft, since dubbed Vanilla WoW. This core element comes in the form of dungeons. Experienced gamers know full well what dungeons are. Even if you are a newcomer to the fantasy genre, you can probably figure out what they imply. These are closed instances with anywhere from three to five or six bosses and many weaker enemies (mobs, trash) in between. They are similar to raids but smaller in scale and generally easier. That is, until you decide to run Mythic+ difficulty. In this article we talk more about this gameplay experience and reveal to you the things all WoW players have to know about it.

1. The Basis of Getting Stronger 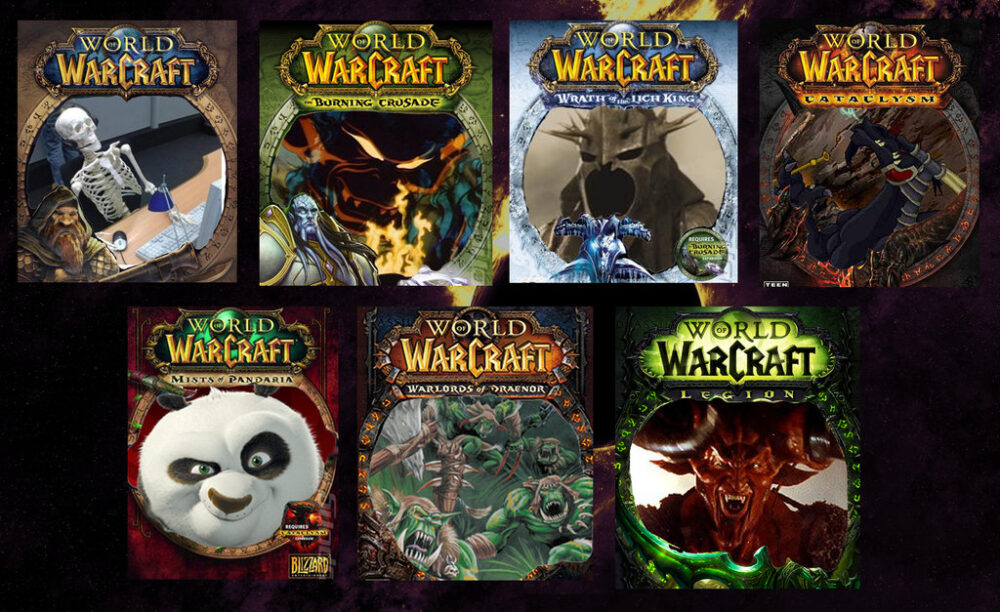 M+ is the bread and butter of the last few WoW expansions when it comes to daily content and getting better gear. Although it used to be raids back in the days of Vanilla, The Burning Crusade, Wrath of the Lich King, Cataclysm, and Mists of Pandaria, later expansions started putting more and more emphasis on dungeons. This has resulted in them being the primary way, at least when it comes to PvE, to do fresh content, to compete, and to raise your player power through boss drops. Reward systems also revolve around Mythic+ dungeons. All in all, you cannot expect to be good at the game and not do M+ difficulty dungeons. Raids come once a week but you can do as many dungeons as you want, as many as your time permits. There is no excuse therefore to not do them. You do only get one weekly reward for completing a certain amount, but that does not mean you should stop after you reach it. To say that modern WoW puts too much focus on dungeons would not be an overstatement, but it is a good system that has proven to work. 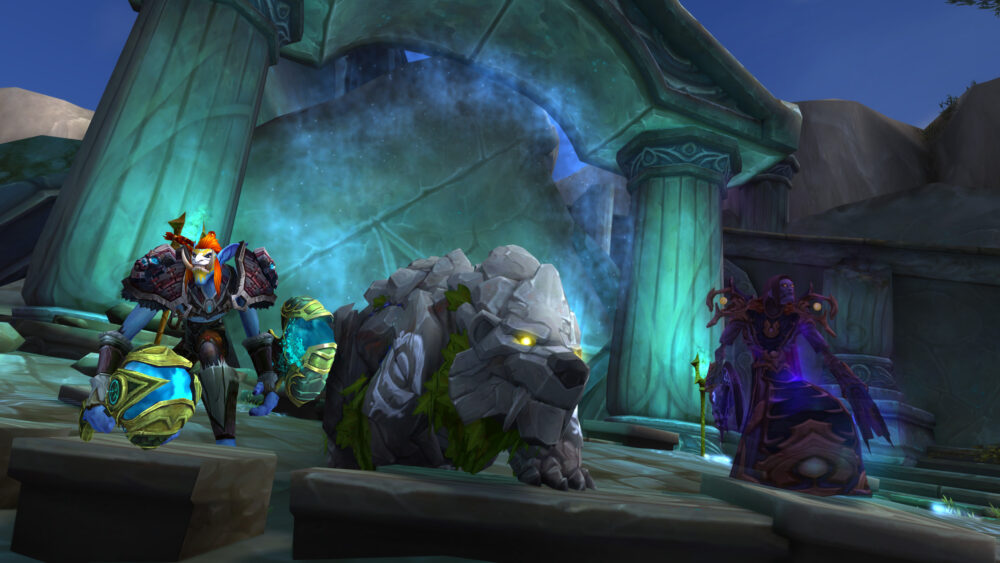 Mythic dungeons are not all about the base level. Not at all. The general premise implies repeating the dungeons multiple times on harder difficulty each time. The bosses drop Mythic keys that you can activate at the start of every dungeon. For example, the final boss in the Mists of Tirna Scithe dungeon on Mythic 4 can drop a key for Sanguine Depths +5. This means that you can then proceed to that dungeon and do it on that difficulty. Building up your keys and completing the highest tier possible brings you stronger item level of gear, both from the boss chest drops and the weekly reward system. The first five levels are easy, but the true test begins after +10 Mythic+ when bosses and trash mobs start getting more health and different weekly abilities or boosts. The higher the key, the more strategy, coordination, and cooperation the players require. As long as you steadily bring up your keys, there will be no problem completing harder and harder dungeons each week. If it does prove hard right from the start or if you need some proper guidance or boosting, why not check out https://buy-boost.com/wow/wow-mythic-plus-dungeons-boost?

3. No Room for Error 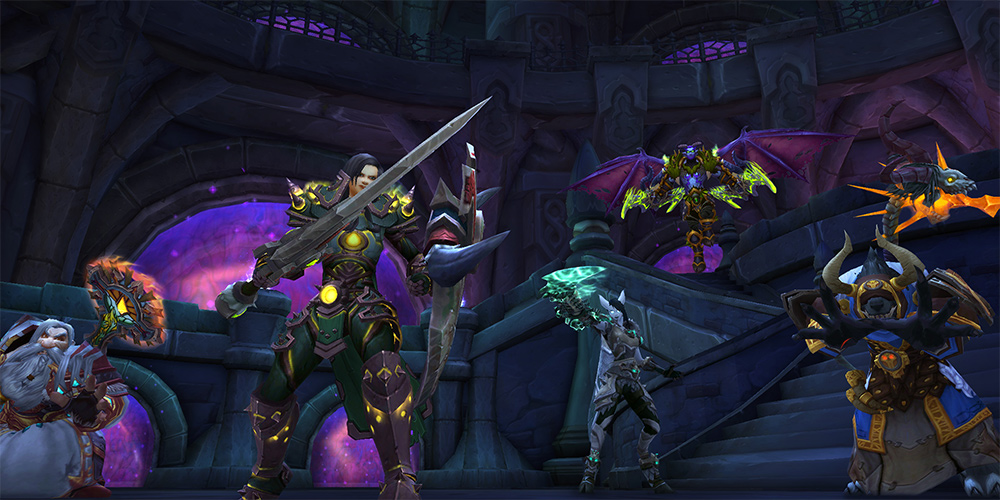 Playing your class right is extremely important in Mythic+ dungeons. Dying or allowing others to die due to bad positioning or bad spell rotation results in the whole dungeon suffering setbacks and not meeting the target time limit. If you do not complete a dungeon on time, you will get fewer rewards at the end and your personal M+ rating will be lower. Basically, you have to know your role and what to do in each dungeon, and with each boss inside and out. You will never complete high M+ keys and get amazing gear without properly preparing yourself for it and being serious about it. Tanks, casters, melees, and healers all have different approaches, roles, and strategies for every single boss in every single dungeon. The Necrotic Wake, Plaguefall, Mists of Tirna Scithe, and Halls of Atonement are the four easier ones to complete. De Other Side, Sanguine Depths, Spires of Ascension, and Theater of Pain are the four harder ones. But none of them will be as challenging if you know the bosses, their abilities, their phases, and the mechanics needed to down them. Other players tend to be a bit ruthless and unforgiving when it comes to repeated mistakes and poor gameplay, so make sure to know what needs doing before you que up.

4. Much Easier with Friends and Guildies 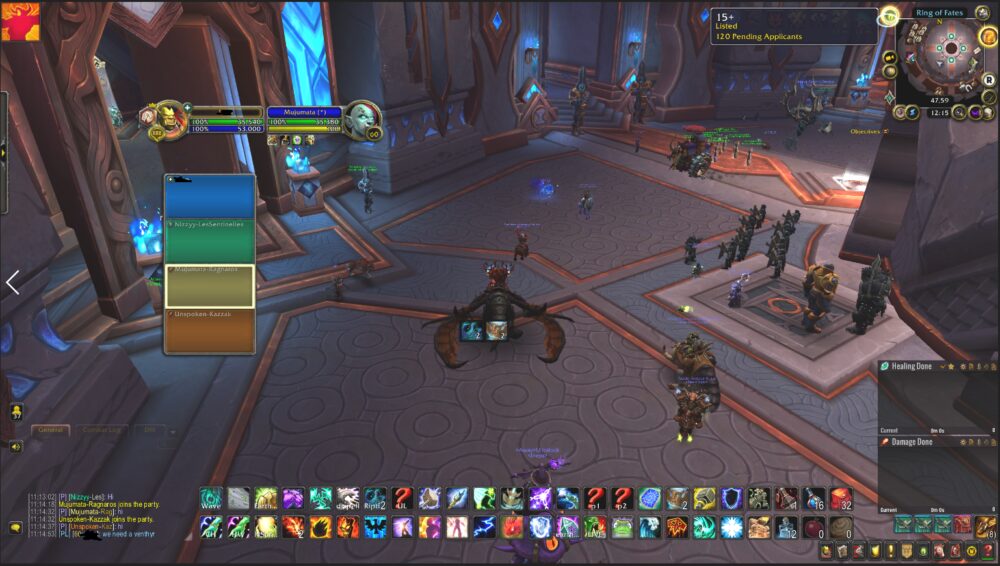 Playing WoW alone and constantly queuing up with random players through the dungeon finder is not always ideal. An MMORPG like this is meant to be experienced as a part of a collective, a group that works together both in-game and in real life. This is why those who play with friends or at least their guild members are usually more successful. Completing Mythic+ with your friends and guild members always results in more successful runs, in higher keys being completed, and in more rewards being available at the end. It is understandable that you cannot always find someone to play with, but you should really try. If none of your friends play, join an online community and get yourself into a Mythic+ oriented guild. You will never look back once you start running keys with them!