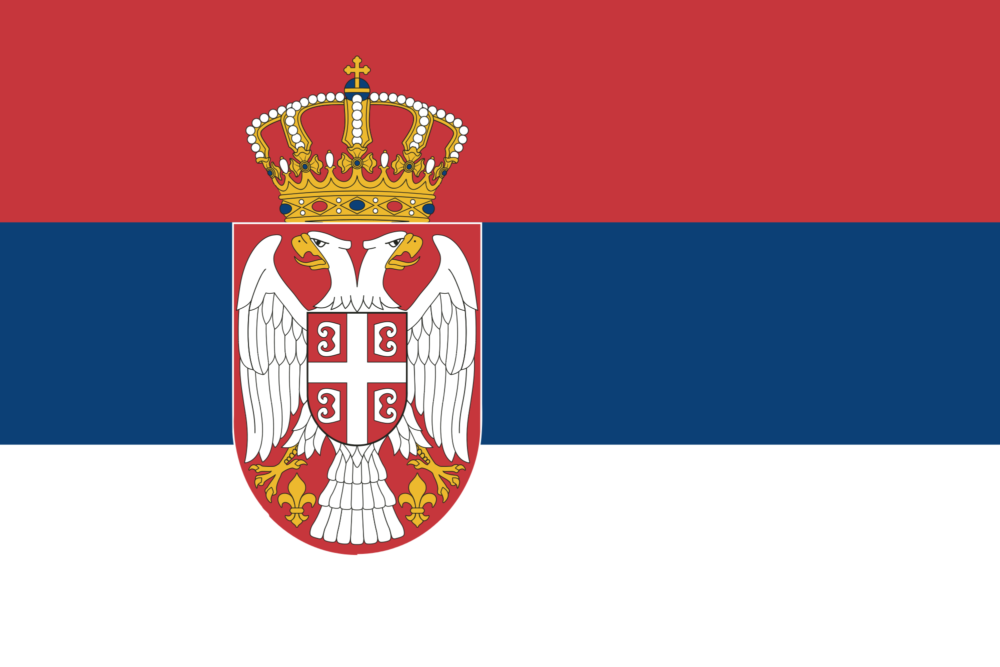 The flag national of Serbia is tricolor with Pan-Slavic colors representing freedom and revolutionary ideals, is composed of three equal horizontal bands, red at the top, blue at the center and white at the bottom. 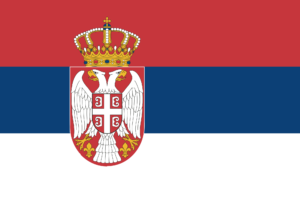 In unofficial use, the flag often has the Serbian shield or only its main symbol, the Serbia cross.

The Serbian national flag is actually the Russian flag inverted. Before the first Serbian uprising against the Turks, a delegation from Serbia went to Russia for help. This was granted, and the delegation wanted to show their recognition by asking them to use the Russian flag as Serbia’s military banner in battles.

It was the flag of Serbia throughout its history, and is the ethnic flag of the Serbian people . The current form of the flag was officially adopted on November 11, 2010 .

The flag of Serbia, is composed by the traditional pan-Slavic tricolor of the red, blue and white stripes . However, the sequence of colors is reversed in comparison with the other Slavic flags.

Moreover, on the left side of the flag, there is a national coat of arms, which represents a white two-headed eagle holding a red shield placed on the red background . Above the head of the eagle is a crown inspired by the crown of the tsars of Serbia. The Serbs apparently intended to take over the Russian flag as a sign of gratitude for their assistance in the war .

However, they did not take the original flag home and after returning ordered the stripes incorrectly. The flag is one of the newest, since Serbia did not establish itself as an independent state until 2006 , when Montenegro decided to separate in a referendum. 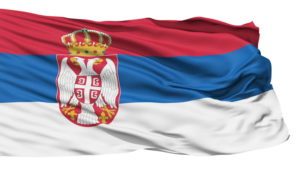 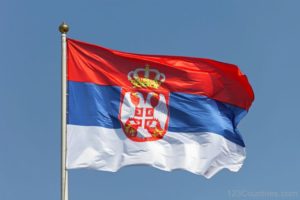