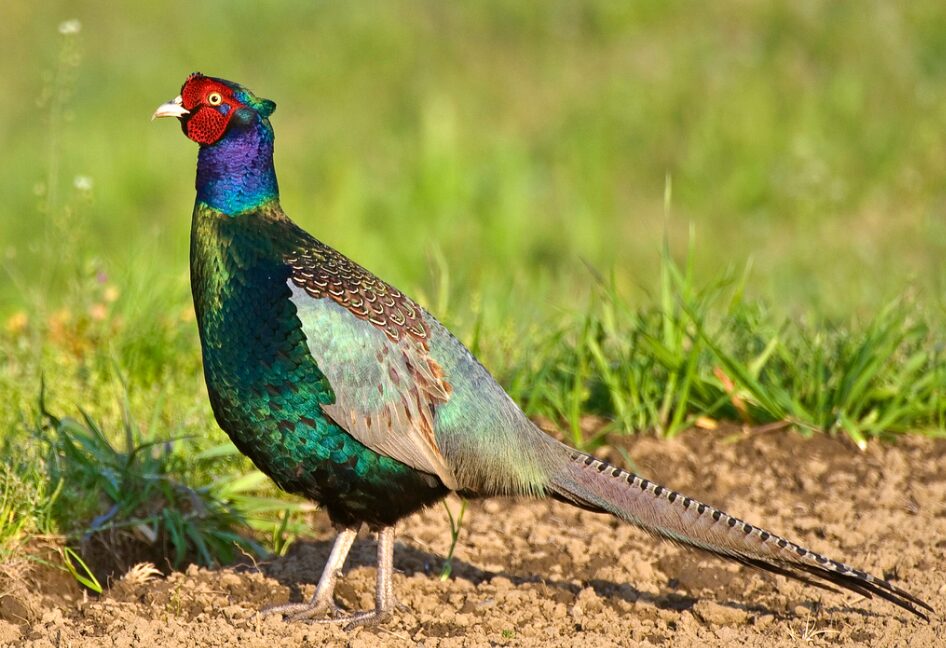 Next, to the copper pheasant have fed many legends, mythology, poetry, and paintings of the art Japanese and Japanese green pheasant are very famous all over the world among birds. Fagiano Okayama football club, a club based in Okayama, has a pet based on the Green Pheasant.

The national bird of Japan is male has a green crown, throat blue, neck purple violet, the mantle is green with small stripes on the bottom; back and rump green, tinted in olive or light gray color; Dark olive with black and pink trim on the edges. The light gray cover with a dye of greenish blue, the national bird of Japan is the most marked with chestnut; the feathers of flight as in the common pheasants. Strong gray legs with the spur. Light colored eye.

The basically brown female has the dark part of the feathers of the black mantle and becomes the edges in paler brown; the legs are strong to be females.

Endemic to Japan, except for Hokkaido Island. Just as the common pheasant has been introduced in various parts of the world, especially in Europe, America and even in the Hawaiian Islands (like fowl).

This species is common throughout its range. It frequents fields of cultivation and is often considered close to human settlements at an altitude of about 1100 m. In Japan, they are raised in large quantities and more than 1,500,000 individuals are released every year. Some sporadic hybridizations have been observed with the copper pheasant in the wild (the hybrids are sterile). In captivity has been crossed with the common pheasant, so it is very difficult to find pure specimens in captivity.

Do you know Hoopoe is the national bird of Israel?

In nature habitually they are observed in solitary, About January – March usually greens some groups of males, in search of females. Once the females are found, this usually happens at the beginning of the breeding season (April – May), later mating occurs. At this time the male becomes very territorial, this is reflected in the carunculas of the male that are very red and large and from time to time claims its territory by shouting and beating the wings.

Their main threats are the curves, (especially in the nests), the snakes, and also the cats and the vagabond dogs. It was thought for a time the possible rivalry between the copper pheasant for natural resources, but it has been shown that this rivalry does not exist since they share different spaces (the copper lives longer).

After copulations, the female lies between 6-12 eggs (36-42 x 30-33 mm) whose color varies from gray to olive gray, usually put on the ground and incubate for 24-25 days. They are adults in the first year of life.

The chicks are very strong, although weaker than those of the Phasianus colchicus. They are delicate especially in the first week of life (avoid currents of air).

,/center>
Feeding
They can be fed with a good commercial feed for pheasant chickens (27% protein). These pheasants feed on their natural habitat of grains, berries, fruits, and small invertebrates, small crustaceans and snails.

In captivity, a good feed for pheasants is enough to keep them in perfect condition since they are not very demanding pheasants. 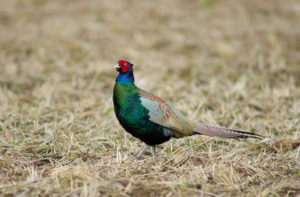 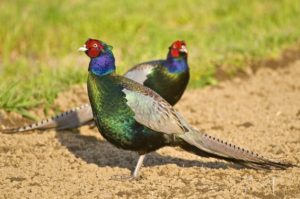