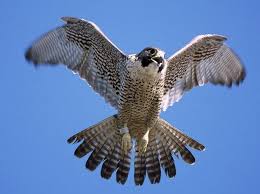 The national bird of Kuwait is Falcon. Falcons are medium-sized birds of prey that are found in almost all the world except Antarctica, they have a wide range of species that stretch from North America to Sub-Sahara and from Arabian Peninsula to the sub-continent and from there to Indonesia and Australia. Falcons show a broad variety of habitat, size, shape, and sexual characteristics according to the place they live. The North American Eagles that include bald eagle are bulky in size, the ones living in colder climates are smaller in size but efficient and less in number. The African and Arabian eagles or falcons are the largest, and they possess completely different characteristics from any of their type. The Falcons belong to phylum Chordata, their order is Falconiformes, and family is Falconidae and genus Falco. Their botanical or scientific name is Falconiformes, and they are the fastest birds on the planet and are carnivores in every part of the world. They have a feathery skin with brown, black, and white trace on the body and grayish claws that are used to hunt down the prey.


Do You Know Sinai rosefinch is the National Bird Of Jordan ?

The difference between Eagles and Falcons:

Falcons which is the National Bird Of Kuwait are often misunderstood with the Eagles. However, both belong to different families and different characteristics. The Falcons belong to family Falconidae whereas the Eagles are traced back to Accipitridae family. Eagles are active and have an entirely different style of hunting. The Eagles punch its prey and literally crush it by its strong talons or claws made for hunting. The Falcons are possessed with an extraordinary diving skill from a tremendous height to the prey, they are considered as the fastest divers on the planet reaching up to 320 km/h speed when they summer sault in the air. The Falcons also havea special tomial tooth that is absent in Eagles. Eagles are broader with large wings, Falcon’sare slimmer with less wing span than the Eagles. The Eagles are more dangerous when encountered than the Falcons. The Eagles rounded wings whereas the Falcons have pointed wings. 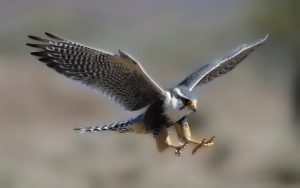 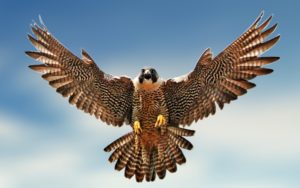