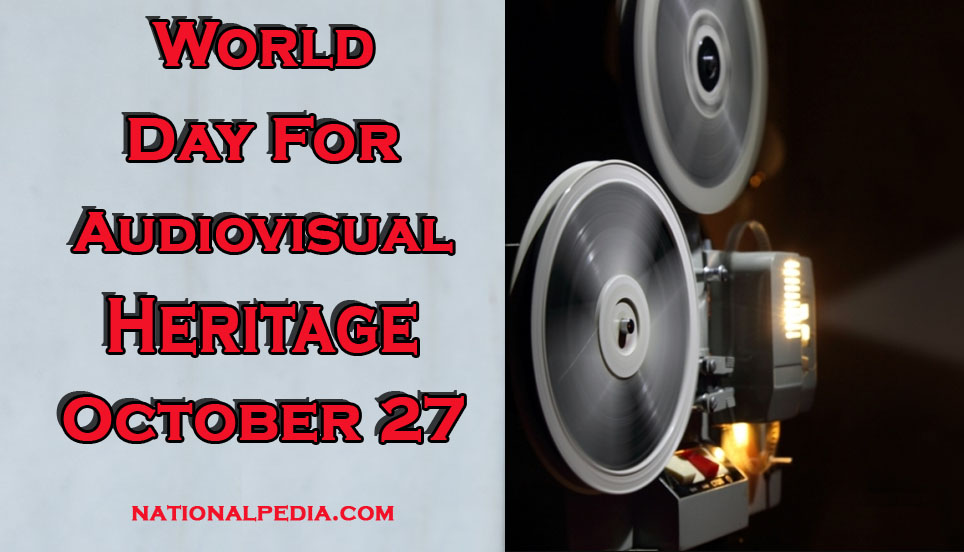 Today we will tell you today is national what day. World Day for Audiovisual Heritage is celebrated on October 27 every year. The main archives of 20th and 21st centuries consist of audio-visual materials, films, television programs and radio recordings.

This evidence has led UNESCO to consider, as of 2007, the creation of a World Day dedicated to this phenomenon. The date adopted on 27 October is highly symbolic, since it was on 27 October 1980 that the UNESCO General Conference adopted a recommendation on the safeguarding and preservation of moving images, thus marking the cultural and history of cinematographic and television archives.

In the digital era, awareness of the fragility of our registered heritage is still too low and experts believe that we have no more than 10 or 15 years to ensure the continuity of these sound and visual archives.

Memory of the World

The objectives of UNESCO are ambitious since they aim to constitute the memory of the world. An issue of civilization!