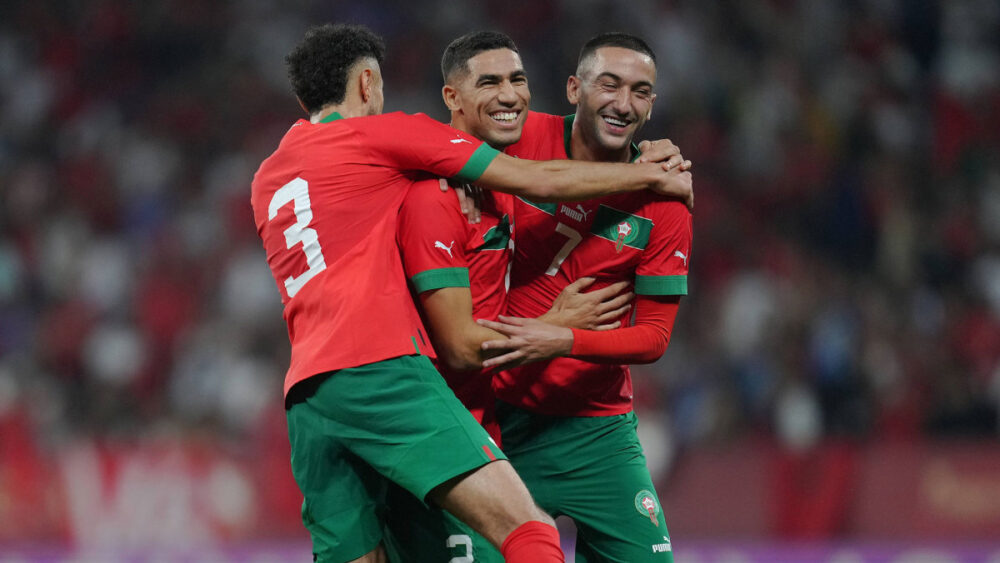 This year’s World Championship of football has produced a range of surprises, including Belgium’s crash at the group stage, Germany’s early exit, and Argentina’s defeat to Saudi Arabia in the openers. But the biggest shock of the tournament is truly behind Morocco’s heroic victories over Spain and Portugal in the playoff stages.

The Atlas Lions progressed from the group stage as leaders and became the first North African side in the 92-year history of the World Cup to reach the last four of the championship.

Their Cinderella run didn’t leave anyone indifferent, since Morocco were considered the biggest underdog out of the remaining 31 nations at the start of the tournament. Extracted from the https://ggbet24.com/en webpage, the team started the event at +20000 odds to win the entire event. Despite their defeat to France in the semi-finals, they have managed to defy the odds to reach the last four of this year’s tournament.

So, today, we want to break down Morocco’s performance in Qatar and compare it with their previous accomplishments in men’s international football. In the last section, we will also cover their chances of securing the third place in the game. Without further delay, here is all you need to know about the Atlas Lions.

Has The Nation Ever Won the World Cup? The team of Morocco has never lifted the World Cup trophy in the 92-year history of the tournament. Moreover, before this year’s competition, the Atlas Lions had advanced out of the Group Stage just once in their four previous World Cups.

Back in the 1986 edition of the World Cup, Morocco topped a strong group featuring England, Poland, and Portugal. Impressively, the team only conceded one goal in their final group game against Portugal and moved up to the knockout stage. But the subsequent defeat to runners-up Germany left Morocco with no chance of lifting the most coveted trophy in the game.

Morocco’s Result in The World Cup 2018

The North African side is competing in men’s international football for the 6th time in their history. Their last one came four years ago in the 2018 edition of the world stage.

At the time, the guys were commanded by Hervé Renard, the current Saudi Arabia manager, and qualified for the event for the first time since 1998. That said, Renard’s squad topped in a hugely strong group featuring Spain, Iran, and Portugal. Morocco managed to score only one point from three subsequent games, which resulted in their early exit from the group.

Morocco’s Road to the Semi-Final of World Cup 2023

As we have said earlier, the Atlas Lions have been the underdogs of the contest in Qatar and have become the first African nation in history to reach the last four of the World Cup. Here is what they had to go through to come to the semi-finals.

Morocco’s opener was against World Cup finalists Croatia, which ended with a 0-0 draw. In their subsequent opening matches, the North African nation have kept three clean sheets and only conceded one goal with a 2-1 win over Canada.

In the knockout stage, the Atlas Lions had to meet a strong Spain and were considered as huge dark horses by many bookmakers. Unlike the likes of Croatia, Canada, and Belgium, Spain featured an extremely talented team who had already scored a staggering nine goals across their openers.

However, Morocco dispatched the Red Fury with a resounding 3-0 victory in the game that has sent shockwaves across the championship. The team of Spain were unable to keep up with the pace of Moroccan wingers, such as Hakim Ziyech and Sofiane Boufal.

As for the quarter-finals, Morocco had to meet with a strong Portugal’s team featuring the likes of Bernado Silva, Ruben Dias, Bruno Fernandes, and the king of football Cristiano Ronaldo.

Santos’ team had been free-scoring throughout the championship and dispatched Switzerland in their previous game with an emphatic 6-1 win. However, Morocco provided tough opposition for Cristiano Ronaldo’s Portugal and managed to finish the game with a 1-0 victory on the scoreboard.

Even though their winning streak came to an end after a 2-0 defeat to France in the semi-finals, Morocco made a sensational run in Qatar and became the first African side to reach the last four of the tournament.

The key to Morocco’s heroics in this year’s championship has been their invulnerable defense, pace on the attack, and the tactics imposed by their coach Hoalid Regragui. All this paid off in their impressive results as the team didn’t concede a single goal by an opposition player in the seven matches of the World football championship. 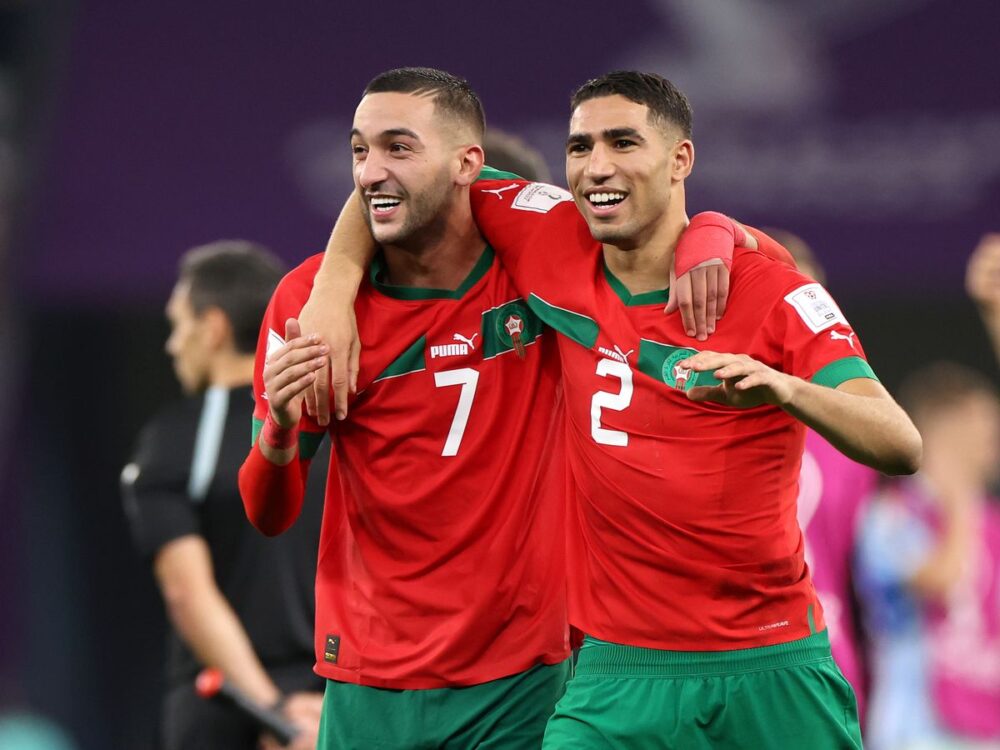 There are clear leaders in every Moroccan lineup, but the team’s star is arguably 29-year-old Chelsea midfielder Hakim Ziyech. His appearance in the national team at the 2023 World Cup was in doubt, because due to a conflict with former head coach Vahid Halilhodzic, who led the team to the tournament in Qatar, Ziyech announced his retirement from the national team. However, in Morocco they made a choice in favor of a football player, the national team was headed by Walid Regragi, and Ziyech returned to it. If he is responsible for creativity and creation in the Moroccan national team, then the key destructive figure in the middle of the field is Fiorentina defensive midfielder Sofyan Amrabat, who does a huge amount of work from his own free kick to someone else’s.

24-year-old right-back Ashraf Hakimi is a first-team player of the French PSG, and this speaks for itself (he scored three goals in 14 matches this season in the Paris club). And already in the course of the 2023 World Cup, goalkeeper Yassine Bounu acquired the status of a star of the Moroccan national team – after a historic shoot-out in a match against Spain, in which he did not concede a single goal, the Canadian-born goalkeeper became a real hero in Morocco.