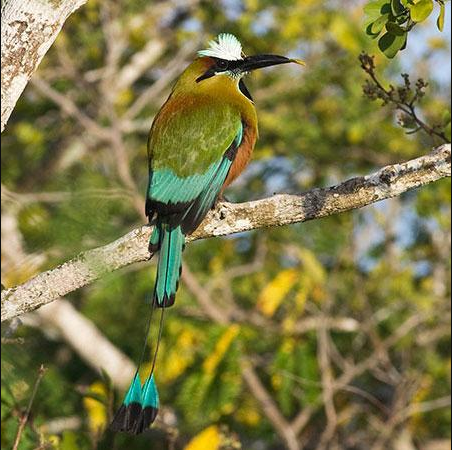 The national bird of Nicaragua is Turquoise-browed Motmot. This species of motmot bird can survive within its distribution in a variety of habitats, but prefers tropical deciduous forests and gallery forests. It can also be found on the edges of the forest and in the mangroves. During the rainy season it is observed in the savannas and bushes; also in open dry regions.

The national bird of Nicaragua motmot Bird is found from the southeast of Mexico to Costa Rica. It is common throughout the year in the northern lowlands of the Pacific slope up to 800 m and is occasionally seen in the Central Valley. It is located in the dry tropical forest of Guanacaste and in the north of Puntarenas. This bird can even be observed at higher elevations and in more humid habitats, as in Monteverde.

The motmot bird is one of the birds with the most striking profile in Costa Rica. Nevertheless, they construct their nests inside a hollow, located almost always next to a road or ravine. His hoarse singing is distinguished by being a kawukawuk sound.

The Bobo bird is small to be a momoto, but its body is covered with colors and prints. In addition to the typical black mask of the momoto, around the eyes, the motmot bird has a turquoise list on the face and throat. His head and chest are olive green, but the back and lower is rufous in color; the bottom has a lighter shade. The shape of the Motmot is different due to its two long tail feathers, which present large rackets at the end of the rachis. The shape of the feathers is not genetic, but they develop as the weaker central portion of the pen if it is rubbed against branches or other objects.

This bird builds its nest within a hollow of 0.6 to 2.5 m long and 8 cm in diameter, often located alongside a road or a river or ravine. Both the male and the female share the excavation work; Incubate 3 to 4 eggs and feed their offspring. Biologists have discovered that without teaching, these birds avoid the venomous coral snake, but not the non-venomous ones that can serve as a meal.


Do yo know Kiwis is the national bird of New Zealand?
Motmot birds usually swing their tail like pendulum from one side to another, typical pattern of behavior of these birds; When they are going to capture some prey they remain quiet and silent for great lapses while they move the tail and soon throw itself to its prey. When returning to its original branch or site, it kills its prey before swallowing it. This bird is usually solitary or in pairs or form family groups. 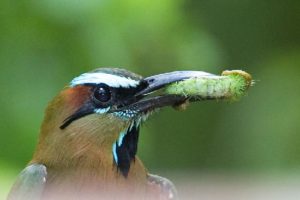 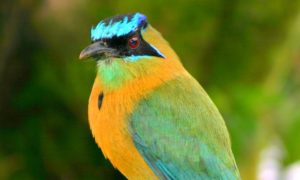 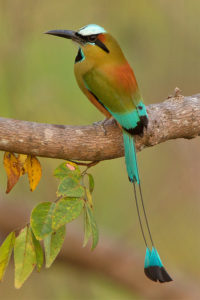