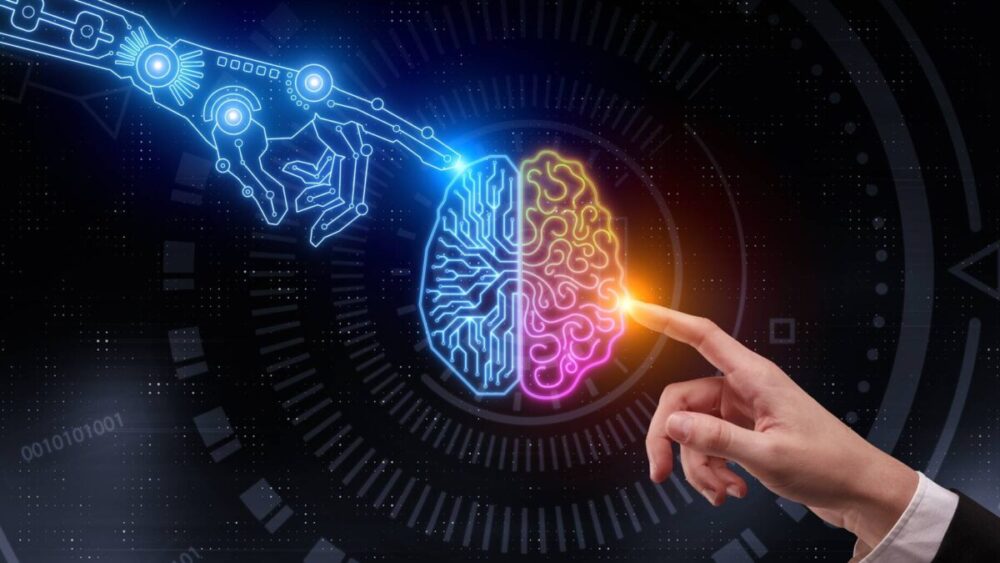 When I started collecting info for this post about the most dazzling news about artificial intelligence, I could not believe my eyes (and not only because I don’t trust very efficient neural nets that generate very realistic fake news). Face recognition systems in ATMs, online shopping, Google translate and VR glasses are the pieces of technology you seem to know like the back of your hand. But what if I told you that last year was the year of many advances in the AI that you couldn’t even dream of? Believe me, we are already living in the Futurama world.

Elon Musk is the first person who comes to mind when we are talking about artificial intelligence. His company Neurolink has presented the first implant system that can connect the human brain to the computer. The goal of this apparatus is to ease the condition of people with neuro illnesses, for example, epilepsy. However, the fact of the existence of this device has made many people worried about its various applications.

Two years after it was founded, Neurolink’s team has come up with three revolutionary devices: a “neural lace” that is able to transfer large amounts of data (needs to be implanted through neurosurgery), a microchip that accelerates the threads, and a robot surgeon.

The threads have a width of 4-6 micrometers. They are thinner than a human hair, and the chip is smaller than the tip of a pinkie. Today, to install the device, it is necessary to drill a hole in the human skull, however, scientists hope that soon they will be able to use lasers.

The ultimate goal of Neuralink developers is to achieve a symbiosis between people and computers. Imagine you could be able to send messages or use your device without touching the keyboard or using your voice?

However, what scares most people in this brain-computer connection is that marketers will be able to read minds and sell even better or send advertisements directly into the brain already in the 2020s. That, of course, would be very unfortunate. Anyway, even the inventions of Neuralink for today are far from being that advanced. 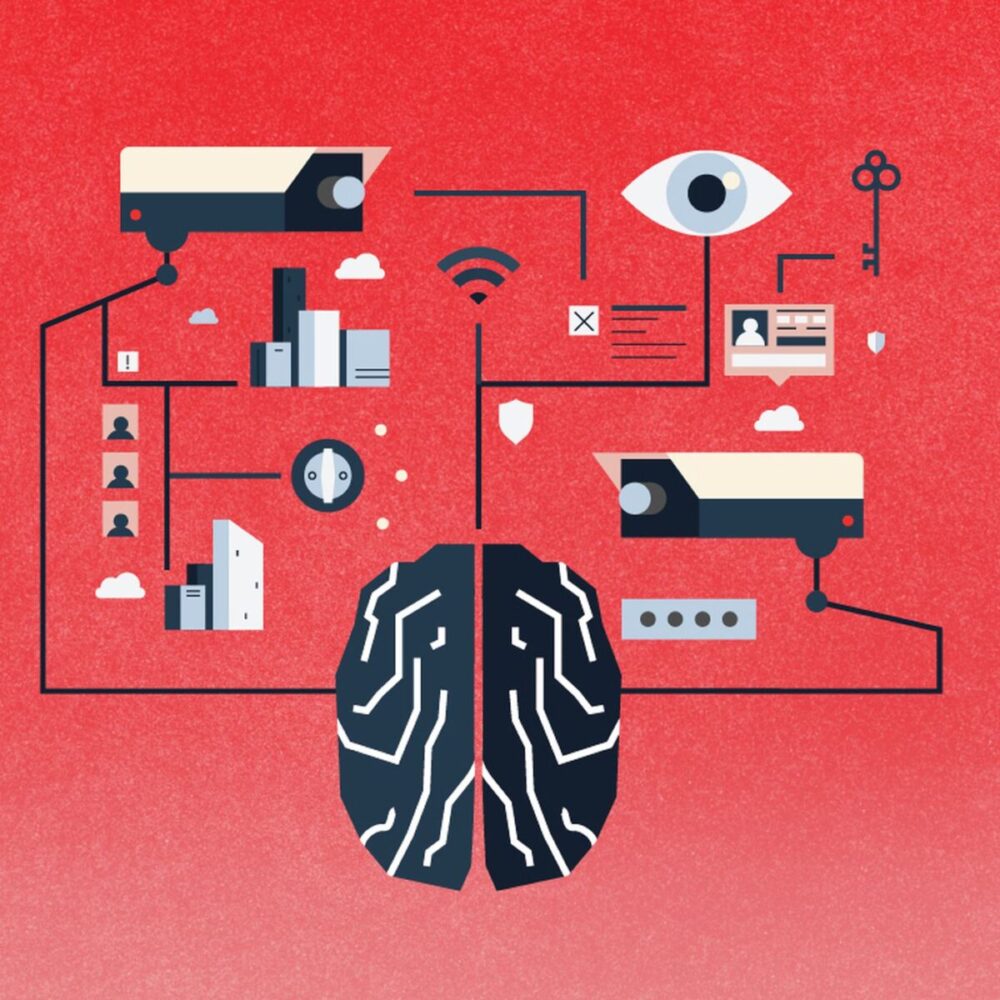 Some people do great things with technologies such as these projects while others act horribly. In China, a man killed a woman and attempted to steal the money from her bank account by showing her blue face on the camera to log in.

The police from the Fujian province of China reported that on April 11, 2019, this man had a fight with his girlfriend. Money was the reason for their spat and, in a fit of anger, a man strangled his concubine. Then, he tried to launch a banking application from her smartphone to steal $4,200 from her account.

In order to access the app, the user needs to look at the smartphone’s camera and wink. However, the man didn’t know that demonstrating the camera the blue face of a poor victim.

Artificial intelligence spotted something strange was going on and sent an alarm signal to the bank staff. The employees looked at the camera and noticed the bruises on the woman’s face and a suffocation mark on her neck. They immediately started to search for her by geolocation.

The police caught the murderer at the very moment when he was trying to get rid of the woman’s body. It turned out that in addition to an attempt of theft, the man tried to cover his tracks. Using his girlfriend’s smartphone, he wrote to her employer and requested vacation and also informed the victim’s parents that she was going on vacation.

His last words before being arrested were probably:  I had no idea facial recognition could do something like this.

While the heads of various AI corporations promise that the new technology will generate more workplaces than it will steal, for copywriters the situation is quite tense. All because of talktotranformer.com.

This neural network was created by Adam King, artificial intelligence and machine learning engineer from Toronto, Canada. In May 2019 he wrote in his Twitter about the machine of his own invention that has generated an instruction on what to take with you to Mars. The robot considers it necessary to grab quality gloves, reusable oxygen cylinders, an additional respirator, and an actual rocket.

This is how it works. You type the first sentence and the AI will do the rest. This is what the Transformer has to say to me:

“How to survive on Mars?  Artificial gravity and a post-apocalyptic future… Once you get past the post-apocalyptic backstory, the book quickly goes on to talk about the logistics of settling the red planet.  Many of the best “Mars without noise” designs come from Wei Lu.  He often builds domed cities on the side of hills that are then flanking a path to the surface.  The Red Planet has many hydrocarbons that are a bit of a mess, but his design technique is to simply direct steam from the roof of the domes into the core of the hill, thus creating a massive explosive wave that creates a solidified dome.  A similar technique was used to produce the Carousel in what looks like England.”

Not perfect but almost something, right? As a copywriter, I am concerned! 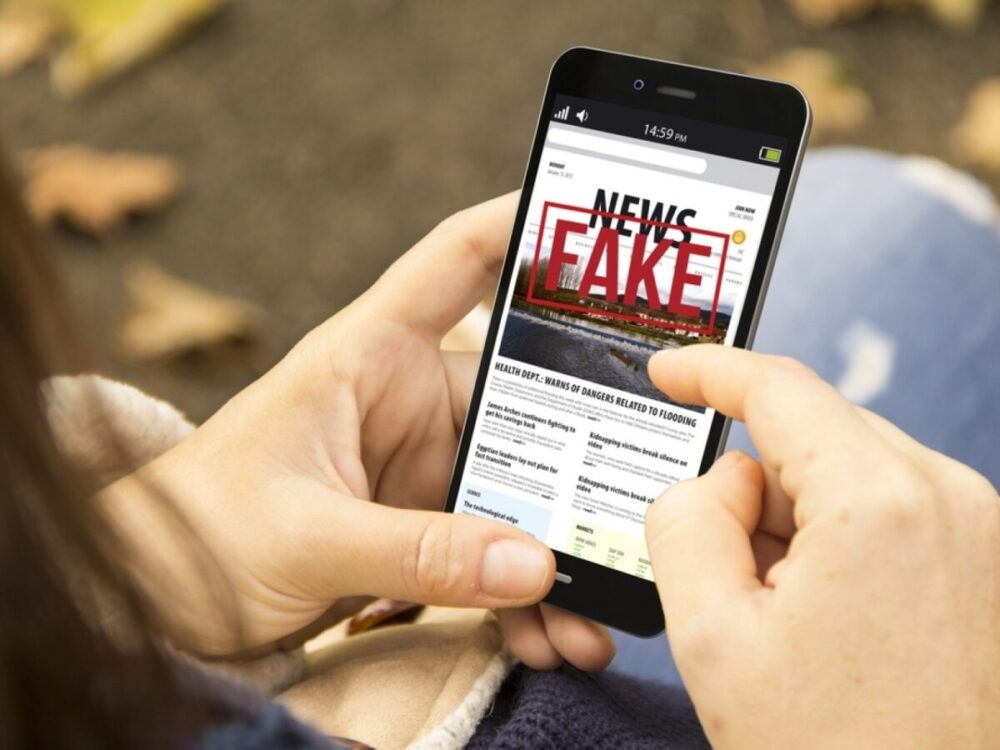 Last year the Open AI company presented the second version of their supersmart AI program GPT-2 that was extremely good at composing fake news. However, the first version of the algorithm was not made public (and for a reason).

GPT-2 generates synthetic text samples in response to the model being primed with arbitrary input. The program easily adapts to the style and content of the exemplary text. It lets the user create realistic and pretty consistent continuations about the chosen topic.

The new version of GPT-2 is trying to become more human-friendly. It has become 6 times more reliable than the first version of the program and also got a possibility to control its own activity. Because of the modification introduced to reduce the malicious power of the algorithm, it can be used to conduct studies on AI and machine learning but cannot create anything truly convincing. 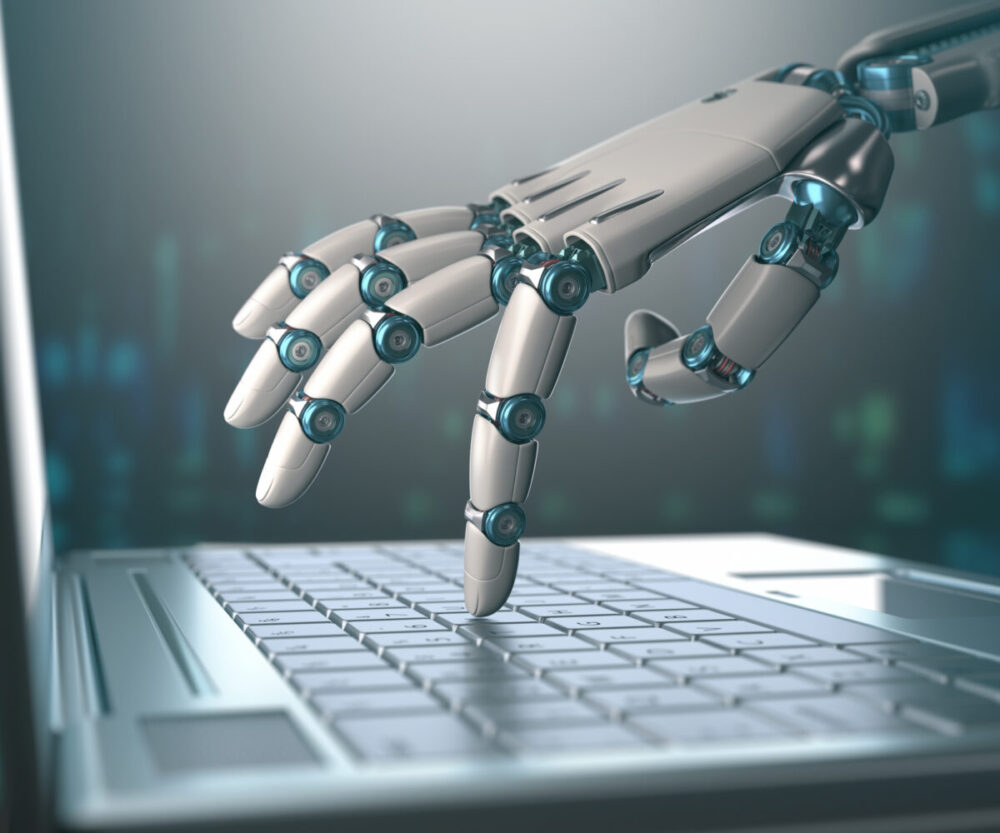 If you weren’t living in a plastic bubble for the past few weeks, then you have certainly heard about coronavirus. What does it have to do with AI? Well, the amount of fake information that spreads like the wind across the internet has to be reduced somehow. It concerns both what caused the virus to appear and the methods to prevent or cure it.

Google has recently posted on Twitter information about their SOS alert. Now if you type coronavirus in Google search, all the top results will be from the World Health Organization. By the links, you can find stats on the current situation and advice on how to prevent the spreading of the virus.

To expect that humans will be enough to sort out all the fake data about eating garlic, sesame oil or drinking alcohol to fight the virus, would be too ingenuine. A much better tool is artificial intelligence. AI algorithms analyze which web pages tend to be accurate and which like to manipulate sensational words. Their purpose is to address users to authoritative scientific websites rather than those that purvey of misinformation. More about the ways Google fights disinformation you can read here. 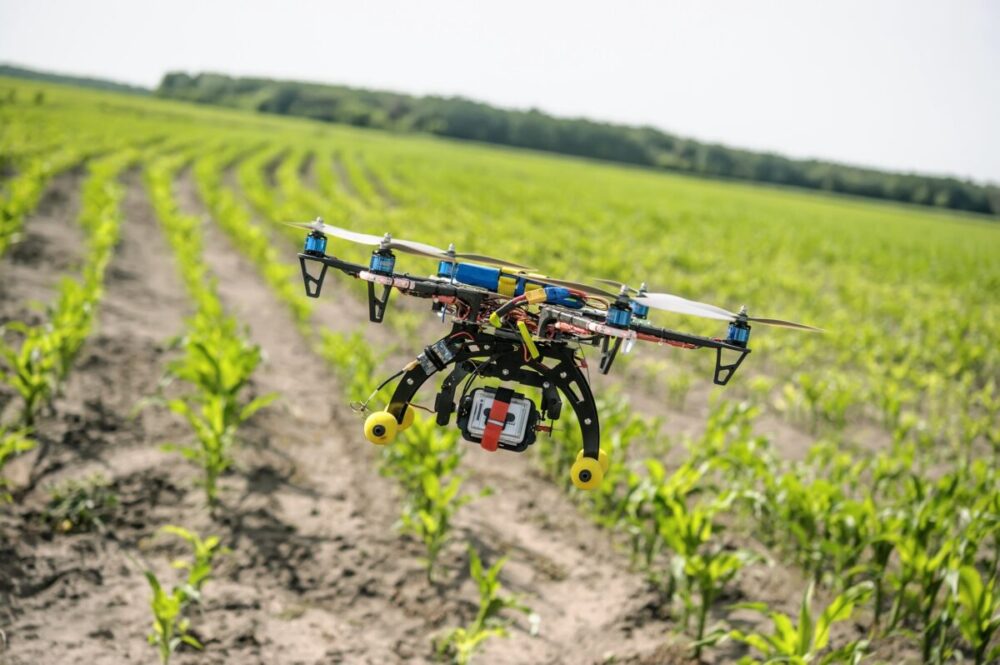 Everybody says that new technologies will make human lives better. But what about animals? If you saw in what conditions your future steak is obliged to live, probably you would try to come up with a solution too.

Whatever vegans say, humanity will continue to eat meat. However, it is in our power to make the existence of animals on farms less painful, thought a group of researchers from the Moscow region. They created VR glasses for cows and started to test them in November 2019.

Wageningen University employees in the Netherlands conducted research on the welfare of dairy cattle. It turned out that environmental conditions hugely influenced cows’ health and, consequently, the quality and amount of milk they produced. They also talked to farmers and tried to implement different systems to improve livestock welfare. This is when the connection between the positive emotional experience of the cows and milk production has been stabilized.

The VR glasses for cows developed with respect to the specularities of their vision and anatomy imitate a sun-lit meadow and create a positive and relaxing atmosphere for the cows. The results have not been proven yet but the researchers have measured that anxiety and tension have lowered.

During the autumn and spring migration, millions of birds have to fly not only during the daytime when they are so easy to observe but also in the dead of night. The US National Meteorological Service for years was the only place supplying the scientists from all over the world with the information about nighttime bird migration thanks to their meteorological satellites.

Another limitation to study bird migration thoroughly was that the amounts of data were simply huge. Each year, satellites recorded 200 million images and hundreds of terabytes of other types of data.

This is where the AI stepped into the game. Scientists from the University of Massachusetts, together with colleagues from the Cornell Ornithology Laboratory created MistNet – an artificial intelligence software that can analyze and filter big data from satellites. It has managed to map night migrations of birds over the past 24 years in the United States. Thanks to AI, now scientists will be able to build more accurate bird migration routes.

MistNet is based on neural networks created specifically for image analysis. It includes several architecture components adapted to the unique characteristics of radar data and captures much more information than a human eye can catch. Bird migration patterns reflect important things connected to climate change and global warming. So the significance of this software in 2020 is hard to overestimate.

AI and Business Given AI’s ability to streamline tasks, it isn’t surprising to see it make waves in the corporate industry. Companies aim to reduce redundancies and automate basic tasks to increase profits. GatekeeperHQ uses their AI Extract™ to identify and process the metadata in contracts to track contract compliance, KPIs, supplier’s ROI, and become a one-stop platform for the different departments in your company. With AI in business, you can direct your attention to more important tasks. You don’t need to have a dedicated team to constantly keep an eye on the moving parts, and you can better rely on the data presented. Whether it is renewing your contracts with collaborators, improving the efficiency of each department, or simply growing your business, AI can be an integral part of your team. 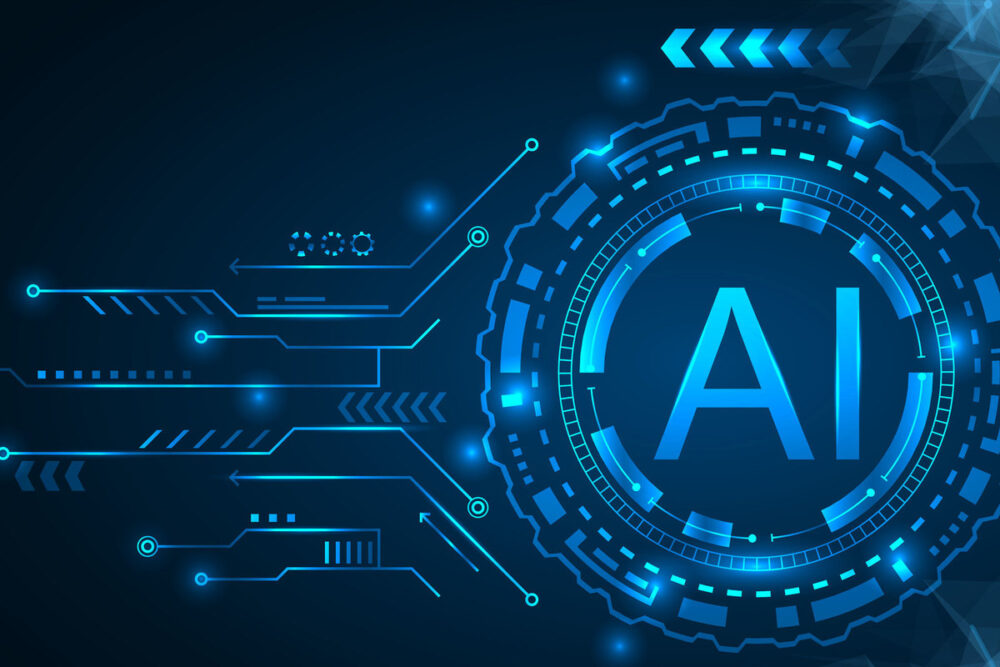 This post probably convinced you that AI is awesome. Or motivated you to fear for your life. I don’t know. There are still many AI uses to explore and many paths to walk. But, as we are talking about the future now, let me finish with a quote from the very best movie about the Future ever created: “your future hasn’t been written yet, no one’s has. Your future is whatever you make it, so make it a good one.”

2.1K
what National Day Is It Today