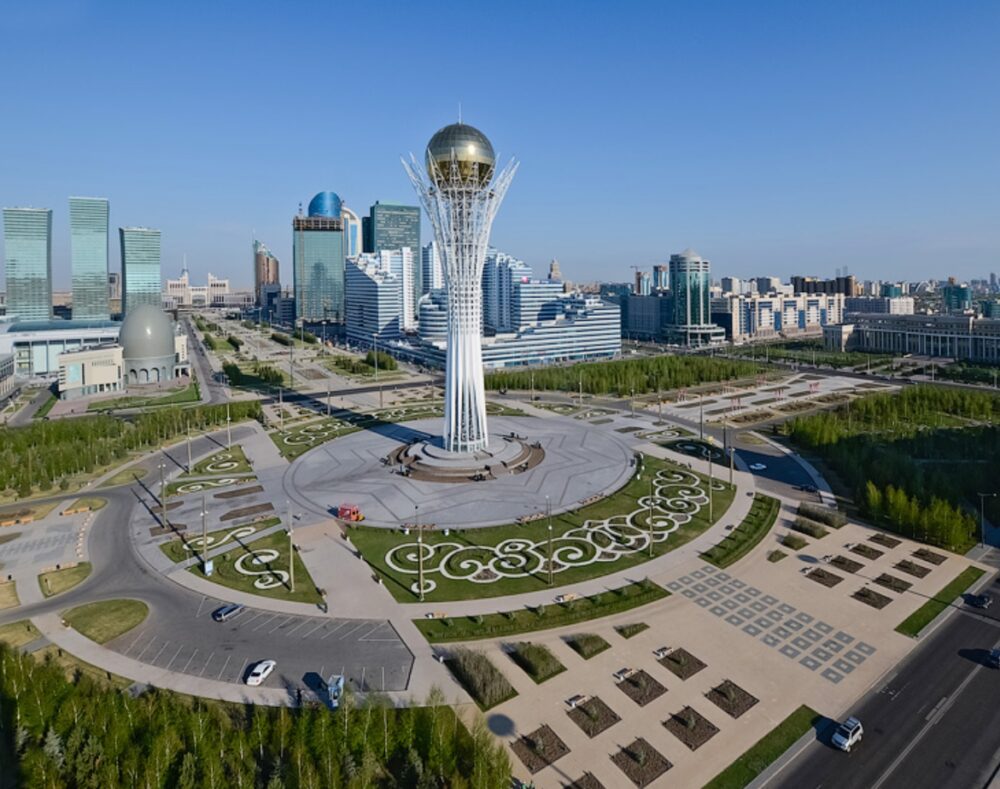 The capital city of Kazakhstan is Astana. The Republic of Kazakhstan is the ninth largest country in the world. Located between Asia and Europe, it shares borders with Kyrgyzstan, Uzbekistan, Turkmenistan, China and Russia. It was part of the USSR, being the last republic to become independent in 1991, and its official language is the Kazakh, although also speak Russian and the country coexist different ethnicities and religions – the majority ethnic group is the Kazakh and the Religion more practiced the Muslim. Do you know the capital of Kazakhstan?

The capital city of Kazakhstan is Astana since 1997 the capital of Kazakhstan, in addition to being the most populated city of the country. With more than 700,000 inhabitants, Astana focuses its economic activity on everything that surrounds public policies, being the administrative center of Kazakhstan and, thanks to investments from oil; the city has had one of the largest urban growths in all of Kazakhstan. World. Kazakhs, Russians, Ukrainians, Germans and, to a lesser extent, Tatar, Polish, Byelorussian and Korean people live in its streets.

But if anything is characterized Astana is to be the second colder capital of the world, after Ulan Bator in Mongolia. And is that temperatures can easily reach -40 º because of snowstorms and Siberian wind. That is why the president of Kazakhstan has launched an ambitious and curious architectural project that consists of covering the city with a kind of sheet, thus protecting all its inhabitants from the icy temperatures 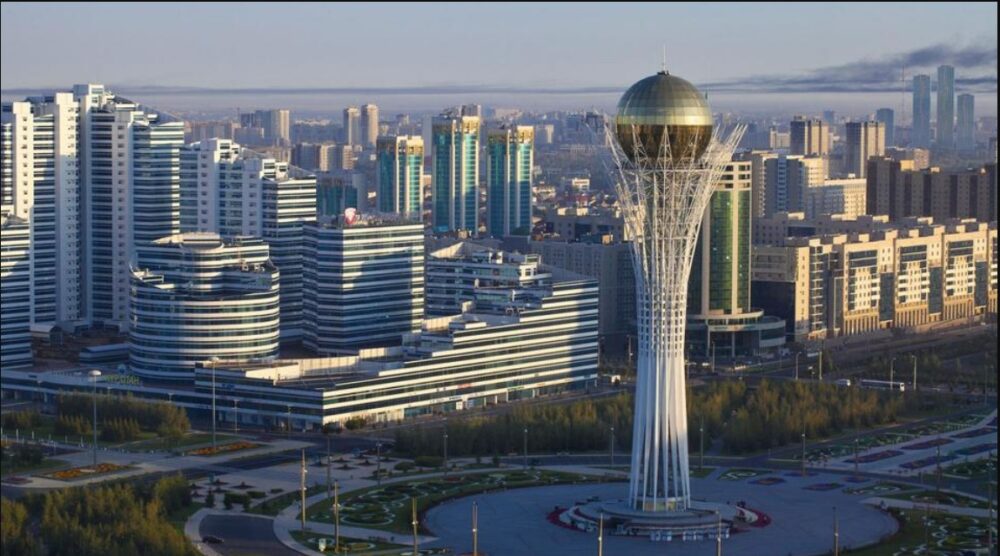 The project, called Indoor City is run by the prestigious architect Norman Foster and is unprecedented. It consists of a thermal cover that absorbs sunlight and converts it into energy. In any case, when outside of Astana are at -40 º, the inhabitants of the capital can enjoy a pleasant temperature walking along its artificial beaches and its fairy tale gardens. But if you want to see how this amazing project looks like it comes from a science fiction movie, you’ll have to travel to the capital of Kazakhstan.

Kazakhstan is located in Central Asia. It borders on the north with Russia, on the east with China, on the south with Kyrgyzstan, Uzbekistan and Turkmenistan, and on the west with the Caspian Sea and Russia. Its surface is almost the quintuple surface of Spain.

Located in western Asia, its great extension confers a great topographic variety. To the north there is an area of ​​steppes; In the center, the regions of the hills; And to the south and southeast the mountains Altai and Tien Shan. There is a wide area of ​​steppes around the Caspian, with very hot summers. To the north, in the steppe region, the climate is cold with cool summers.

Do you know about the capital city of Jordan?

The population of Kazakhstan consists of more than one hundred nationalities which are distinguished in their languages, cultures and certain aspects of daily life, but are closely related to the common historical destiny.

Kazakhstan is a unitary state of presidential management. The Republic proclaims itself as a democratic, secular, social and legal state, whose highest values ​​are man, his life, his rights and freedom. The Constitution of the Republic of Kazakhstan guarantees equal rights and freedom to all citizens, regardless of ethnicity, nationality, gender, social class, property, residence or religion.

60 percent of the population of Kazakhstan live in urban areas, with Almaty and Astana being their main cities. Kazakhstan has the highest level of urbanization among the former Soviet republics of Central Asia.

The population of Kazakhstan has a high level of educational training. In the republic there are many centers of higher education and special secondary.

Kazakh is the official language and Russian is recognized as a language of interethnic communication. Kazakh is a member of the Turkish language group. In the case of state organizations and local self-government, Russian is also used. The State also promotes conditions for the study and development of other languages ​​of the different races of the country. In regions where different ethnic groups are concentrated education and business are allowed in their native language. 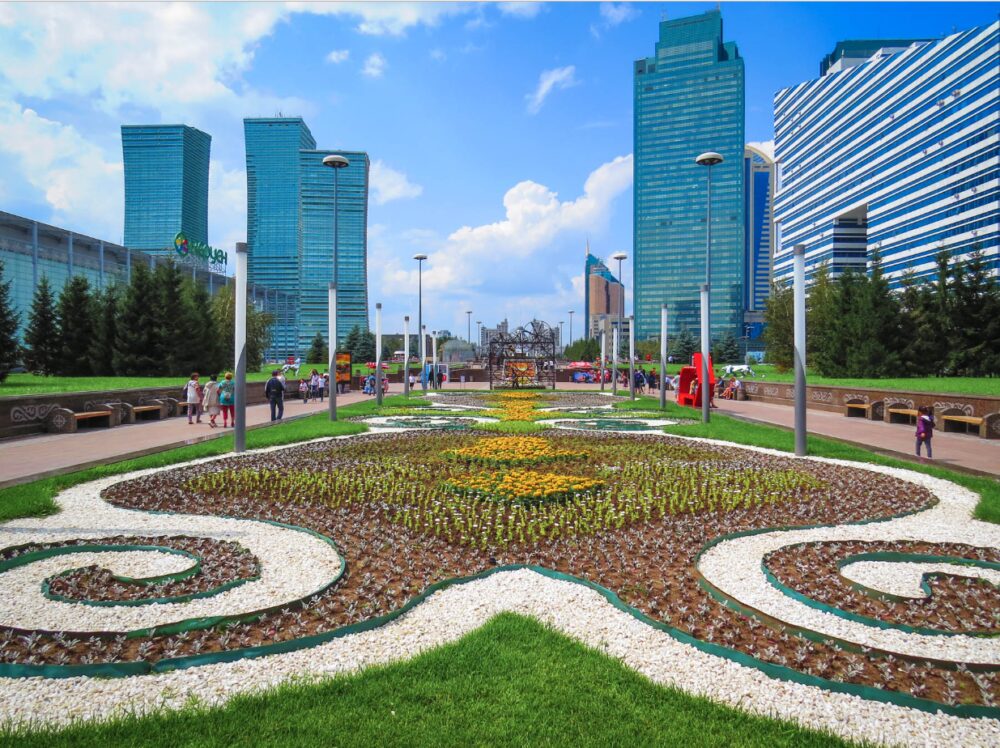 Almost 60% of the population practices Islam (47%). Most are Sunni Muslims. 30% of the inhabitants confess Orthodox (Russian and Ukrainian), 2% are Protestant Christians and the remaining 7% practice other religions.

The country’s capital, since 1997, is Astana. Located on the banks of the Ishim River, it was founded in 1824 as a fortress with the name of Akmolinsk. It has a population of 700,000 inhabitants.

Other important cities are: