Mauritius is a small state located in South East Africa. Its warm tropical climate and the coral reef that surrounds it, make this island an ideal place and difficult to forget, is a garden full of contrasts covered largely by the green of its sugar plantations.

Port Louis . Located in the homonymous district, the city is the capital and largest city of Mauritius . It is classified as the main port of the island, had a population of 147 688 inhabitants in 2003 . 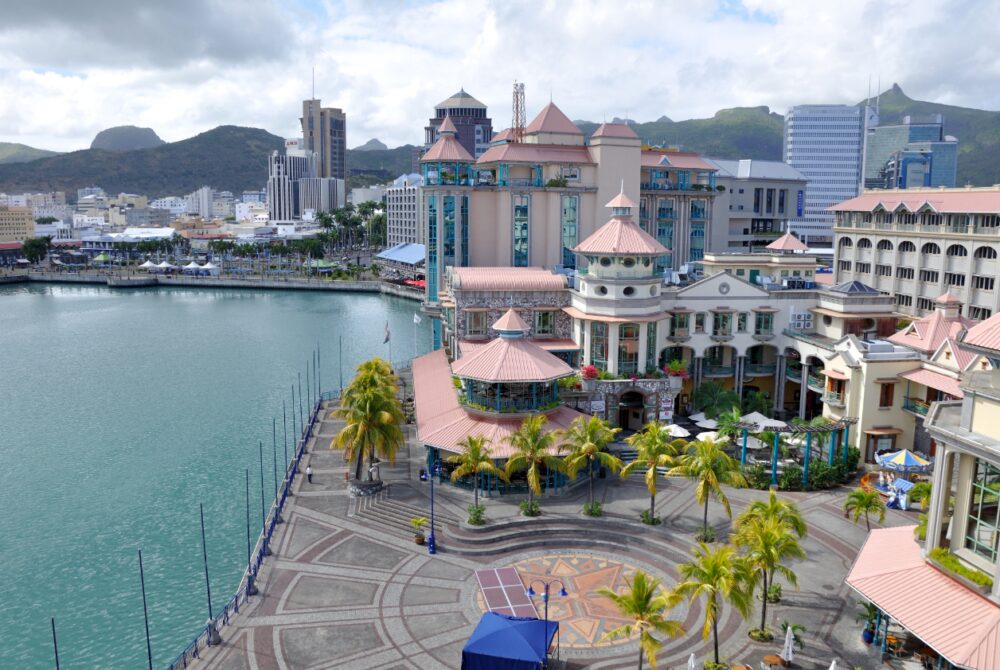 History
French settlers were founders of port louis,which was founded in 1735, although at present it is a city inhabited by descendants of Indian, Chinese, African and European immigrants. The Dutch took possession of Mauritius in 1638 . During the first years of their arrival, they occupied two points of the island, the Bay of the Great Port known at that time as Warwyck Haven and Port Louis, which was called Noord-Wester Haven (Northwest Harbor in Dutch). The place changed its name several times, depending on who occupied the island.

At the beginning of the French colonization, the place was called Port Louis. The origin of the name is not clear. Some researchers claim that is so named in honor of King Louis XV (Louis XV). Others assume that the site was named in memory of Port Louis in Brittany. In 1729, Nicholas Maupin became the first administrator to the entire part of the island. Under his administration, Port Louis became administrative capital and main port, to the detriment of Port Bourbon ( Great Harbor ). The French East India Company in 1732 sent engineer Cossigny to assist in the construction of fortifications and the port of the city.

Do you want to know about Capital City of Mauritania?

The major construction works were carried out under the command of Bertrand François Mahé de Labourdonnais . This arrived on the island in 1735 and in less than ten years, Port Louis was endowed with defense constructions, as well as hospitals, barns, etc. The capital took shape thanks to the work of the African slaves and some artisans arrived from the Indian city of Madras .

From 1767 to 1790 , the island of France passed over the royal tutelage. The last years of the management of the company of the East Indies were marked by the lack of attention of the authorities and of the crown.

From 1772 to 1781 , the port was enlarged, which allowed Port Louis to become a strategic base for French operations in India and during the War of Independence of the United States of America . In 1804 , the city took the name of Port Napoleon, in honor to the newly crowned emperor.

The population of the city is basically made up of the descendants of the workers employed by the French East India Company in the 19th century . Slaves had already been introduced a century earlier by the British and French who tried to conquer the island.

In 1835, when slavery was abolished, hundreds of Chinese and Indian workers arrived, who were employed in agricultural work, such as collecting sugar cane for the manufacture of rum .

Currently the population is made up of 50% Indians, mostly Hindu faith followers , a large percentage of Africans and a minority of Chinese and Indo-European.

Economy
The city industry is dominated by textiles, although chemicals such as plastic and pharmaceuticals are also of great importance. Most of the entrances of the city come from the port activity , which manages most of the Mauritian trade. The port has been transformed into a dynamic port, in 2005 some 300,000 transhipment movements were calculated by the port authorities. Tourism is another activity that gives more income to the city, the number of tourists has increased considerably in recent years, which has allowed a diversification of the local industry.

Places of interest
The Aapravasi Ghat , set of buildings declared World Heritage by Unesco in 2006.
The Al-Aqsa mosque in Plaine Verte, inaugurated on October 5, 1805 under French domination