The capital city Cameroon  is Yaoundé It is known by some as “the city of the seven hills” by the reliefs surrounding it, is the political capital of Cameroon , as well as the capital of the Province of the Center and the department of Mfoundi.

Do You Know Phnom Penh is The Capital City Of Cambodia ?

This town where the main economic and cultural centers of the nation are concentrated is, after Douala , the most populated city in Cameroon. There, in addition to large hotels built to ensure the comfort of tourists, there are several universities and various factories that increase the educational and commercial importance of Yaoundé which is the capital city of Cameroon   . Cigarettes , dairy , beer , coffee and cocoa are some of the products that are made in this city full of trees.

Although the passage of time brought with it modernity, industrial advances and the increase of the population, in Yaoundé which is the capital city of Cameroon is still are maintained several old buildings and respect the natural spaces that so much identity give to the place. 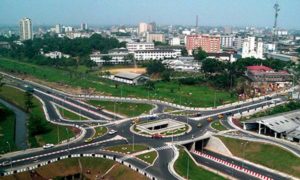 The town was founded in 1888 by merchants of German origin to use as support in the ivory trade and as a site for agricultural research. Definitely it was founded on 30 November as as 1889 by Kurt von Morgen, George Zenker and Mebenga Mebono. The first name of the city was Epsum, meaning “home of Essomba”, or N’tsonum, “home of Essono Ela”, during German colonization. The ivory trade greatly affected its further development. During World War I it was occupied by Belgian troops . In 1922 it became the capital of French Cameroon ,

At first, its development was slow, as rural emigration favored the city of Douala. But in 1957 the cocoa crisis and the traumatic events that were mainly in that region increased.

The city is located in the central part of the country on a set of hills where the most prominent elevations are Mbam Minkom (1295 m) and Nkolodom (1221 m) in the northeast, and Eloumden (1159 m) southeast.

In its neighborhoods, vegetation occupies an important place. It has several parks and public gardens, such as those that surround the monument to Charles Atangana , the mayor’s building or the Palace of Congress.

They run through several watercourses , including the rivers Mfoundi , Biyeme and Mefou . In Yaoundé there is an artificial lake where a yacht club has been created

Compared with the warm Douala , Yaoundé has a cooler and pleasant climate

The city has about 2,000,000 inhabitants, its population density is 5,691 inhabitants per km². Two out of three Cameroonians live in the city. Annual population growth is estimated at 6.8%.

The city is located in an area of production of cocoa , bananas ( bananas ), sugar cane and coffee ; Near the city there are mines of gold and titanium . Excel in industrial production, the production of snuff , vegetable oils , dairy products, beer and derived from palm as well as the production of bricks, tiles , local crafts, wood and soap .

Yaoundé is home to many government buildings, as well as the Pasteur Institute for Biomedical Research ( 1959 ) and the University of Yaoundé ( 1962 ), among many other educational institutions

Both residents and tourists who visit the region can enjoy the existence of a large number of parks and public gardens, appreciate the characteristics of historic buildings (among which we can mention the palace of Charles Atangana d’Efoulan), travel The Mokolo Market, visit museums (such as Afhemi, Cameroon and National Art), take a family stroll through the zoo located in the Mvog-Betsi neighborhood or have fun at night in restaurants or nightclubs.

In relation to the alternatives offered by this city in terms of transport, it should be said that in Yaoundé which is the capital city of Cameroon the offer includes the services of an international airport, but also the operation of several train lines and numerous buses that contribute to connect to This locality with other regions of the country.

In this city is Ahmadou Ahidjo Stadium where the national football team plays frequently. As an important sporting event, the Chantal Biya Grand Prix takes place, a professional cycle race in stages of the UCI Africa Tour, which ends in Yaoundé