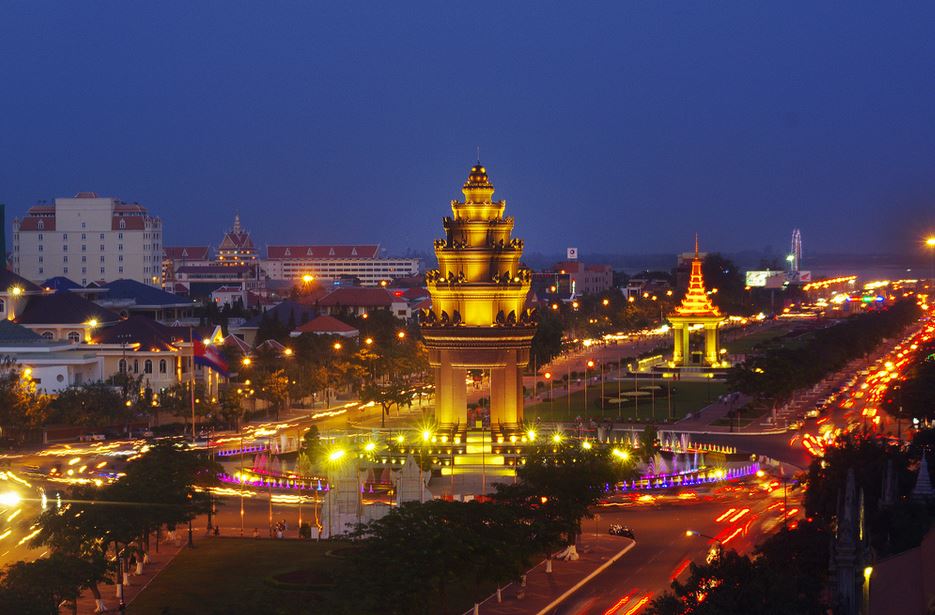 The capital city of Cambodia is Phnom Penh. It is strategically located at the confluence of the Mekong and Tonlé Sap rivers . It is the most European city in Southeast Asia. It still conserves the great avenues, the boulevards, and the beautiful houses of its colonial time, in diverse state of conservation.

Do You Know Bujumbura is the Capital City Of Burundi ?

For the French Phon Penh was the jewel of the crown. Tradition says that it owes its name to that of a lady who saw one day floating in the river a log with four small statues of Buddha . In the only hill that stands out in the plain of the city founded the first pagoda of what would later be the city of Phnom Penh which is the capital city of Cambodia. “Phnom” in Khmer language means “hill” and “Penh” was the name of the aristocrat. It is worth visiting the pagoda, with its colorful images and its offerings. For some unknown reason, Phnom Penh is full of monkeys scurrying around. They climb trees and facades and enter the houses where they steal, as well as food, any object that catches their attention. 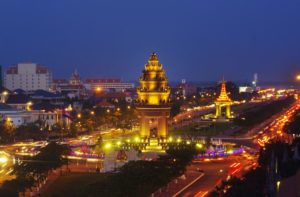 The city bears its name in honor of Wat Phnom Daun Penh (now known simply as Wat Phnom or “hill temple”), built in 1373 to house five Buddha statues on a hill built by man with a height of 27 meters. Phnom Penh which is the capital city of Cambodia did not start a life as a relevant population until after the Angkor period in which Angkor Wat and surrounding cities increased their importance. In the middle of the fifteenth century , King Ponhea Yat fled the invasion of Siam in Angkor and settled in the part that is today Phnom Penh creating a palace. Buddhist relics were added later but the city was not the official capital and seat of the monarchy until 1866 under the reign of Norodom I .

Phnom Penh is the capital city of Cambodia . It is also the largest and most populated city in the country. It is strategically located at the confluence of the Mekong and Tonlé Sap rivers . It is the most important port of the country, with exit to the sea of ​​the South China through the Mekong river delta , in Vietnam .

Phnom Penh is located in the south central part of the country in a little mountainous area. It is bathed by the river Tonlé Sap affluent of the Mekong .

Phnom Penh is a hot and humid Asian capital. Unlike other areas of South Asia, the monsoon season here strikes very gradually around the beginning of April until September and October when it rains intensely before disappearing again. The coolest time of the year in the capital of Cambodia is during December and January when the temperatures are around 25ºC generally but they go down from there at night. This is the ideal time to visit Phnom Penh. February is quite cold but March and April can be unbearable due to the heat, with high temperatures sometimes near 40ºC.

Of the nearly 1.5 million people living in the Cambodian capital the vast majority are of ethnic Khmer . The Chinese and Vietnamese can also be considered when analyzing the population but they are not very representative

The manufacturing textile is the largest industry in the capital of Cambodia although food production and export also has a very specific weight. Above all , rice and distilleries stand out.

The main tourist attractions in Phnom Penh include, the Royal Palace , the Silver Pagoda, the National Museum or the Independence Monument.

Phnom Penh is a picturesque Asian city that still retains the flavor of the old French colony, is home to numerous cultural and educational institutions.

The fabrics with peasant motifs embroidered in lamé of gold and silver are the great attraction of the Cambodian capital.