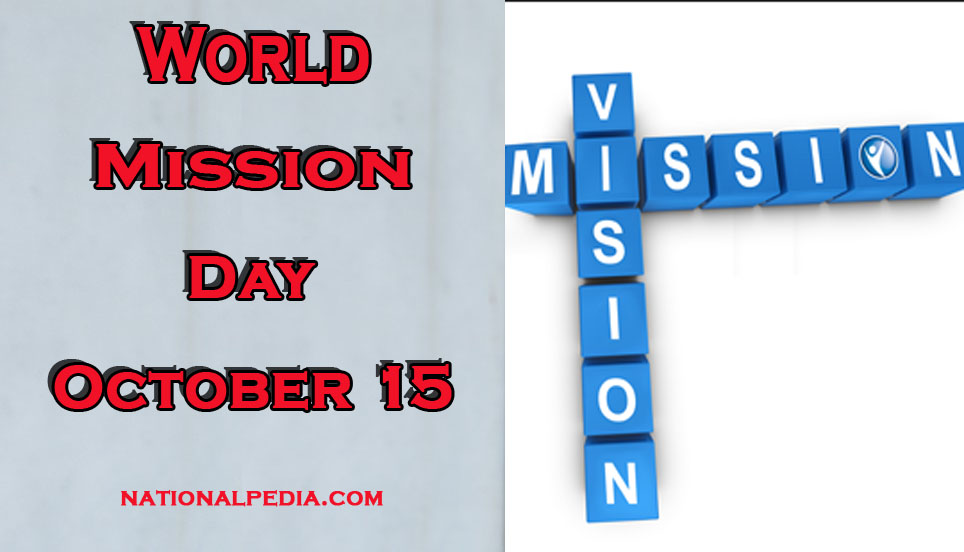 Today we will tell you today is national what day. Every year, the Catholic Church celebrates a world mission week. In 2016, it concludes on Sunday, October 23, the date chosen for the “World Mission Day”. The theme chosen in 2015 was ” The Joy of the Gospel ” in reference to the apostolic exhortation of Pope Francis. The 2016 theme is not yet known.

It was Pauline Jaricot (1799-1862) who, at the age of 17, joined forces with young workers in his father’s factories to work for generalization through prayer and mission. She is developing an ingenious system of fund-raising (200 years before crowdfunding!): She creates a chain of ten people who put a penny a week for missions, these 10 people recruit 10 new ones, and so on , until they raised considerable sums for the time.

The phenomenon spread throughout Europe and eventually attracted the attention of the Pope, who on 3 May 1922 created the work of the Propagation of the Faith.

The first World Missionary Day in 1926

Pope Pius XI created World Mission Day in 1926 to celebrate “Catholicity and Universal Solidarity”. In fact, he is simply repeating the initial intuition of Pauline Jaricot whose slogan of collection was: “on behalf of all, according to the possibilities, to all, according to the necessities!”.

The world mission day is fixed each year on the penultimate Sunday of October. For more than thirty years, this day has become a week to give more visibility to the missionary activities in the dioceses and to allow the parishes to live this week around many activities.