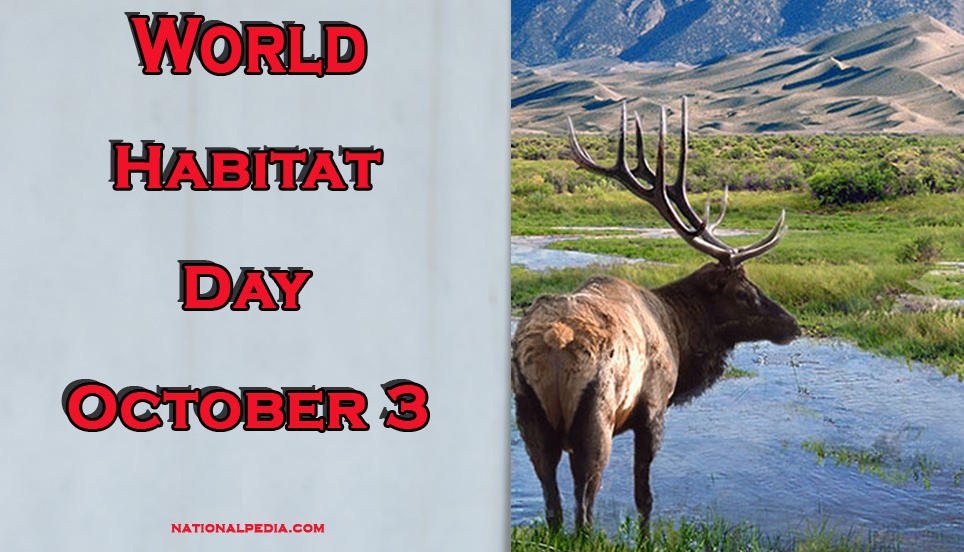 We are going to share today is what national day ? World Habitat Day is celebrated on October 3. On the recommendation of the Commission on Human Settlements, the General Assembly decided in 1985 that the first Monday in October of each year would be “World Habitat Day” (resolution 40/202 A). The day was celebrated for the first time in 1986 to mark the tenth anniversary of the first international conference on the subject.

UN-Habitat has developed a model plan to combine sound urbanization policies with rural development-oriented initiatives to help change the flow of job seekers to urban centers.

Since 2005, as a continuation of World Habitat Day, the International Alliance of Inhabitants has launched the zero expulsion campaign as well as the World Expulsion Zero Day. In order to respond to the increase in evictions worldwide (15% of the world’s population is threatened) for the following reasons:

The idea is to have the UN react to improve the housing conditions of 100 million people by 2023, while the risk of poor housing should also increase.

The International Alliance of Inhabitants is based on the right to live in peace, in safety, with dignity and at an affordable cost.