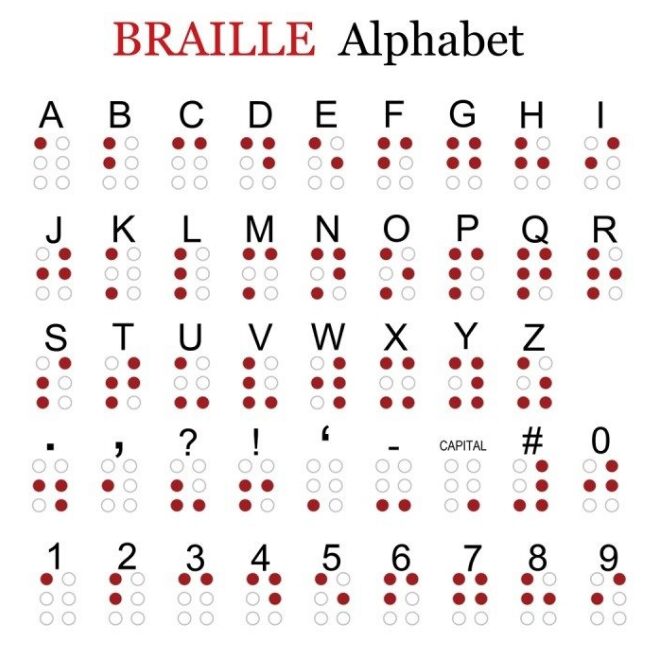 We are going to share today is what national day?  To celebrate the birth of Louis Braille, January 4 was declared World Braille Day in 2001. This day is an opportunity to highlight the disability suffered by the blind and visually impaired, but also to recall the existence of Braille , a tactile alphabet.

Braille, who was not born blind but became very young after an accident, improves a writing system already set up by Charles Barbier called sono-graphie. Barbier’s system was based solely on sounds, not taking into account spelling, punctuation, mathematical signs … Dissatisfied, Braille sets up its own alphabetical code constructed only from 2 rows of 3 points, allowing 64 combinations including alphabet, accents, punctuation, musical characters.

The Braille alphabet is quickly adopted because it is clearly superior to the previous system.

The actuality is not always smile, far from it, so when a film staged in such a beautiful way a delicate subject like the loss of sight, do not sulk our pleasure.

The Heart in Braille is a movie by Michel Boujenah, released in cinema in December 2016. It tells the story of a girl who becomes blind and befriends a young boy when everything contrasts … but on will not tell you more, go see it!