Wellington . Named Te Whanganui-a-Tara by Maori is the capital of New Zealand . It is located on the southern tip of the North Island in the heart of Port Nicholson Bay, surrounded by Rimutaka Mountains . It is the second largest city in New Zealand , behind Auckland . 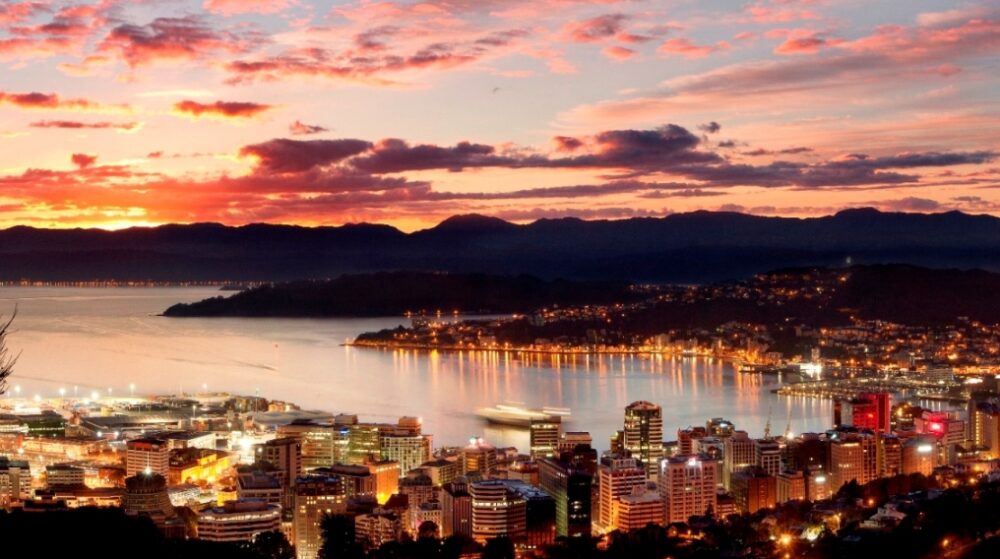 History
The capital of New Zealand owes its name to the first Duke of Wellington , who emerged victorious from the Battle of Waterloo against the Napoleonic troops. Its foundation dates back to the 10th century when Hawaiki’s chief Kupe explored the region and settled his people. Europeans arrived in the mid- 19th century , when the British disembarked from the Tory vessel at the mouth of the Hutt River.

Do you want to know about Capital City of Netherlands?

The southernmost capital of the world is known by New Zealanders as Windy Wellington because the winds are a very common meteorological phenomenon and in winter they reach the descriptions of windstorms. On the other hand, the fact that its natural harbor is in an active geological fault causes the terrain to rise sharply and form numerous hills from which you can enjoy wonderful views. In front of the port are three islets Matiu / Somes (the only one inhabited), Makaro / Ward and Mokopuna that can be visited by ferry.

The seismic activity in the area is very high since in addition to the main fault that crosses the city there are hundreds of them smaller by the surroundings. The great earthquake of 1855 destroyed most of the city’s buildings and since then it has been chosen to build with wood to provide greater flexibility in the face of possible seismic movements.

Prime Minister Alfred Domett considered it necessary that the capital should be moved “to some suitable place in the Cook Strait” because in the southern areas of the country were gold mines and there was a danger of riots leading to their independence .

Weather
In the southern hemisphere the seasons are inverted, so we have to keep in mind that during the months of June, July and August it is winter and the summer takes place in December, January and February. Once known this we can notice that the climate in oceanic with times of rain and wind and with temperate temperatures. During the winter temperatures can reach up to -12 ° C, although the average is at 5 ° C in the coldest month that is usually July. They are the months that register greater precipitations being able to be even of snow, although it is not frequent in the city. In summer the thermometer rises to 20-25ºC with numerous sunny days with mild temperatures.

The terrain itself leads to a few square kilometers of high altitude mountains and extensive plains plagued with vegetation.

It is an ideal country for lovers of adventure sports. During the winter we can enjoy sports like skiing, snowboarding … in ski resorts with a great activity and with tracks for practicing winter sports of great quality.

In summer you can enjoy the sun in its wonderful beaches, although with care because the waters in this area of ​​the world are very brave.
Education
The Wellington region has a strong tradition of excellence in education and warm support and welcome for students of all cultures. It is the region of New Zealand that has more people with university degree per capita.

Education Wellington International is a group of government-accredited educational institutions (universities, polytechnic, technology institute, secondary schools, English academies and private training providers) committed to high quality education. All of them adhere to the Education Wellington International Code of Ethics and have signed the Government Code of Practice, which ensures that they offer high quality programs and care for the wellbeing of international students. This commitment to quality applies to all students, at all levels of education.

Accommodation
All accommodation options are safe, clean and accessible. High schools carefully choose families who will host international students, but many other international students who do not attend high school choose to live in homestay as well. This gives them the opportunity to learn about the New Zealand lifestyle and practice their English. There is also the possibility that students stay in hostels. Students over the age of 18 usually wish to stay with other students in apartments. Most students live near the school or institution they attend, usually no more than 30 minutes by bus.

Sports facilities
Tertiary schools and institutions have excellent sports facilities for students or, if they do not have them, offer access to them through other providers. Many have a gym, swimming pool, sports field, tennis court, squash, volleyball or badminton. 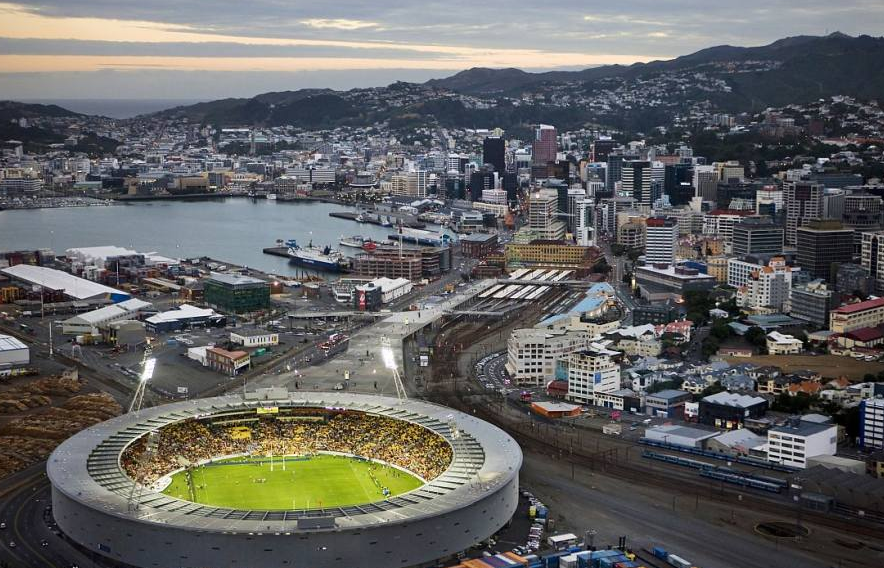 Transport
Wellington International Airport offers scheduled flights to all major cities in the world. The airport is 15 minutes from downtown and no more than 90 minutes from any other part of the region. Taxi and taxi services are available at all times. Thanks to Wellington’s central location, access to other parts of New Zealand is also easy, via ferry, bus, train and airline services.

The suburban train and bus services that run through the region are among the best in the country. In Wellington you can go everywhere on foot or easily using public transport.