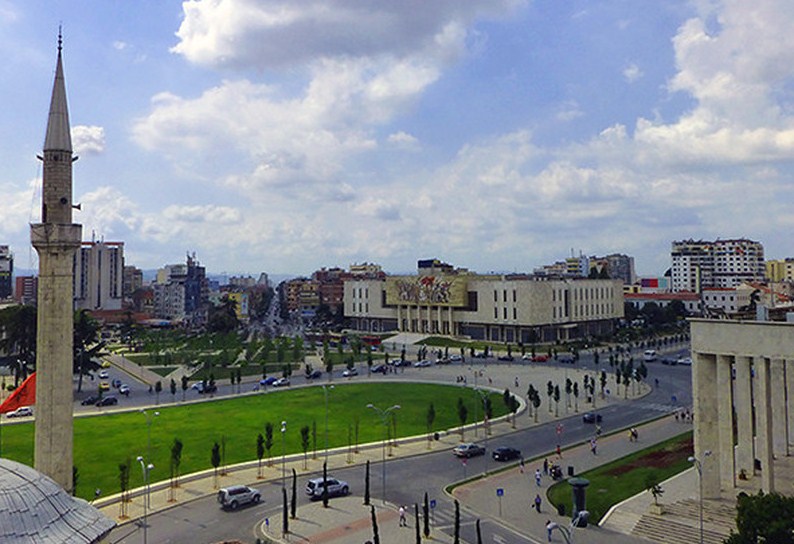 The Capital City of Albania is Tirana. It is the only European city in which less than 20% of the streets have a name , but thanks to a project funded by the European Union (EU) the capital of Albania will soon have a modern system of addresses and signage.

For more than a year, a group of experts from the City Council, the Academy of Sciences and the Albanian Language Institute have selected the names of national and international non-politicized figures who will lead the new streets of the city.

Employees of the City Council have begun with the placement of the first indicator plates with the new names of the main streets of the Albanian capital. The project, which also provides for the numbering of buildings, houses and businesses.

In the face of this chaotic situation, people learned to orient themselves through the best known things in their environment, such as hotels, monuments … At the end of the isolationist communist dictatorship, which lasted almost half a century (1945-1991 ), Tirana was a small town , Practically without cars and with hardly 213 streets. But 20 years after the start of the democratic era, the Albanian capital now has more than 1,100 streets and new avenues, all of which have no name and buildings without numbers.

In 1990, the city had about 250,000 inhabitants, but with the arrival of new freedoms, including that of moving around the country, Tirana is now home to a million people. The new capital arrived from the backward rural areas of the north and south of the small Balkan country, which is still considered by the poorest in Europe.

In a vertiginous and chaotic way, without urban planning and in the midst of great corruption, two illegal “cities” were built within the city limits, with dwellings of up to 15 floors – three times the height of existing ones – that have usurped Parks, streets, fields, squares and other public spaces.

Do you know the capital city of Australia is Canberra ?

The lack of clearly defined directions hinders the daily lives of the inhabitants of Tirana, the local administration and also service companies. Banks have trouble finding the addresses of their customers,

And letters sent from inside and outside often do not reach the recipient, including court decisions. Faced with this chaotic situation, people learned to orient themselves through the best known things in their environment , such as hotels, historic monuments, restaurants or old communist factories destroyed and ruined until today.

Thus, bus stops have been christened by drivers named “Bear Home” in reference to the restaurant of the same name, the “Fireplace”, “Old Shops”, “Twin Towers”, “Crystal”, “Pizzeria Kolonat”. Most of the buildings lack numbers and people identify them according to the colors and drawings made by the mayor Edi Rama, who 10 years ago ordered to paint and decorate the facades.

“The bills of light and even the judgments of the courts reach us in the direction of the ‘building of arrows,’ ” explains Mentor, Inhabitant of a building decorated with huge yellow arrows drawn on a green background, located in one of the main streets of Tirana.

But in general for letter carriers the distribution of letters is a real headache and for emergency doctors the biggest problems arise at night when there is no one in the street to ask for certain directions.