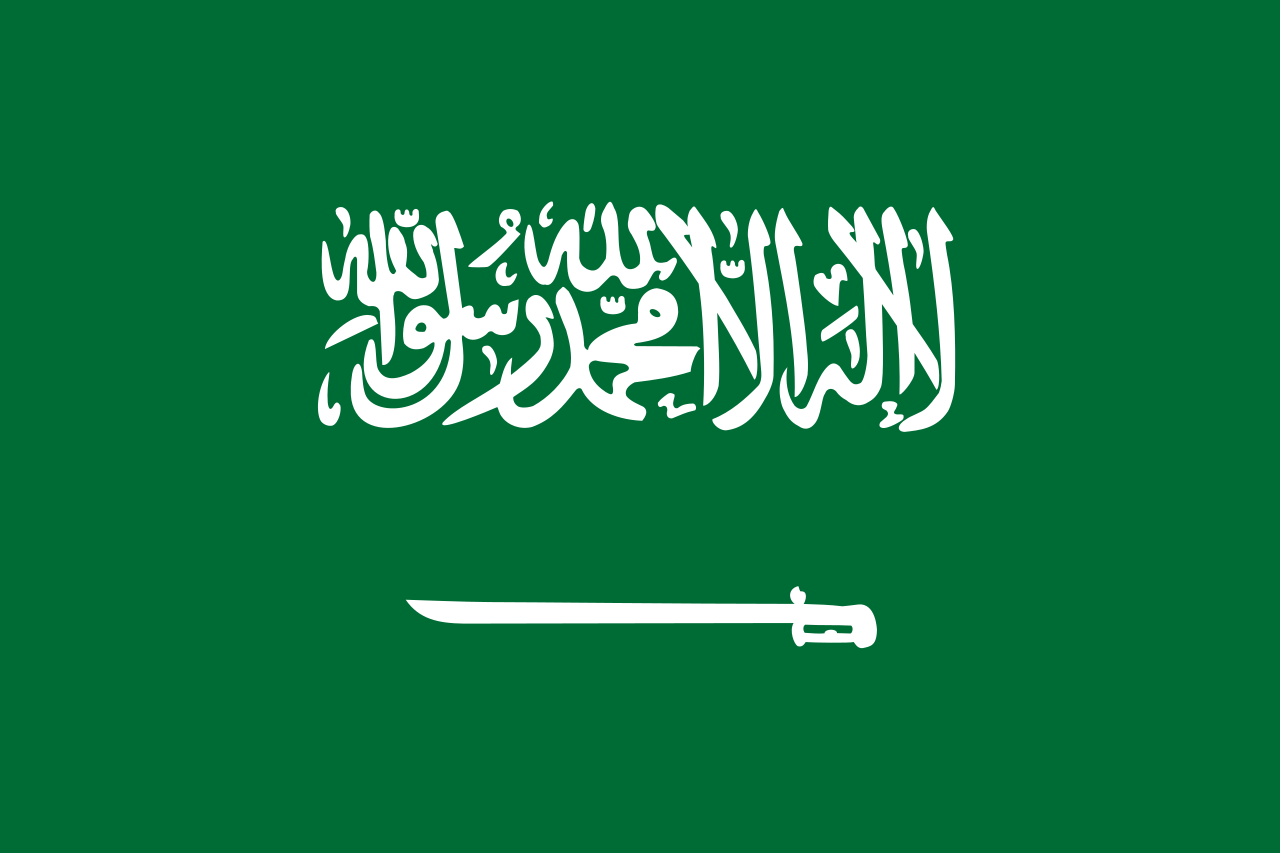 KSA or Kingdom of Saudi Arabia is a sovereign state in Arabian Peninsula and one of the richest and most dominant countries in the Middle East. Politically, the country runs under the monarchic rule of Al Saud dynasty, the current King of the Kingdom of Saudi Arabia and thedefender and custodian of the two holy mosquesand cities, as well as the religious Imam of the Muslim World, is Salman Bin Abdulaziz. The crown prince of the state is Muhammad bin Nayef. The Kingdom came into being on 23rd September 1932, and the Sunni Muslims are in the majority in Saudi Arabia. the Kingdom has no formalconstitution. Hencethe constitution is based on the holy book Quran as the law and Hadith as the secondary book for personal and social jurisdiction. The national flag of Saudi Arabia was approved and adopted on March 15, 1973. 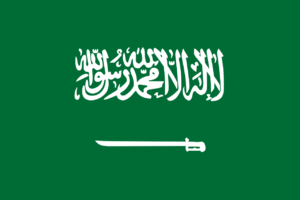 The national flag of Saudi Arabia comprises of a green background with a sword on the bottom and Shahada or Kalima Tayyibah at the top of thesword. The shahada is written in white color and shows the Islamic creed and honor of the fundamentalverse of Islamic faith. It is pronounced as “La ilahaill Allah u Muhammad ur Rasool Allah” that means, “there is no God but Allah, Muhammad is the prophet of Allah.”

The national flag of Saudi Arabia was adopted and became official on March 15, 1973. Before that, it was a flag of war for Al Saud without the sword underneath it. Later it became the official flag with a Kalimah and green background until 1902 when a sword was added. From 1902 to 1973, the shape and size of theswordwere altered continuously. Saudi Arabia does not allow its flag to half-mast as it is considered blasphemous to Muslims. 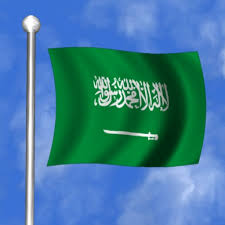 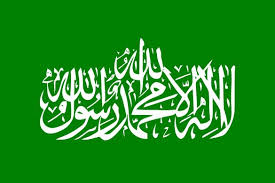