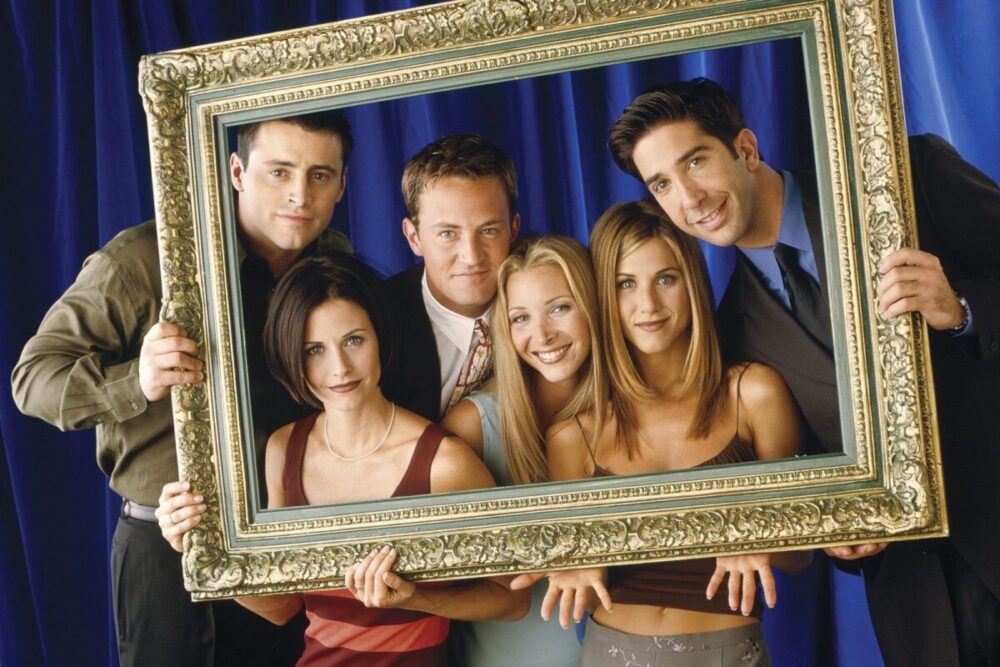 According to the title, someone could say that this must be quite a tough thing to determine. How can we single out only a few out of all those great TV series that prospered the most when we witnessed so many successful and expensive masterpieces? It isn’t far from the truth – from the appearance of this type of art until today, hundreds of shows have passed through our TV screens and took some fabulous, almost unimaginable sums of cash to be realized. However, since nowadays the conditions for shooting such programs have gotten quite advanced and the most modern opportunities for work have been provided, things got bigger.

Money is just one of the many stages of this process to think about, but the fact is that it achieves and supports all other steps in production. Our costs are basically related to obtaining a good, stable internet or at least a solid aerial in order to be able to watch these, which can take pretty little time if you use the same day services, as advised by tvaerialinstaller.co.uk. However, much more is needed to make a whole TV show. It’s not a dollar, two, ten, or hundred – it takes much more.

Having this in mind, we’ve prepared a list of seven pretty high-priced examples of TV shows that captivated the hearts of various kinds of fans all around the globe. 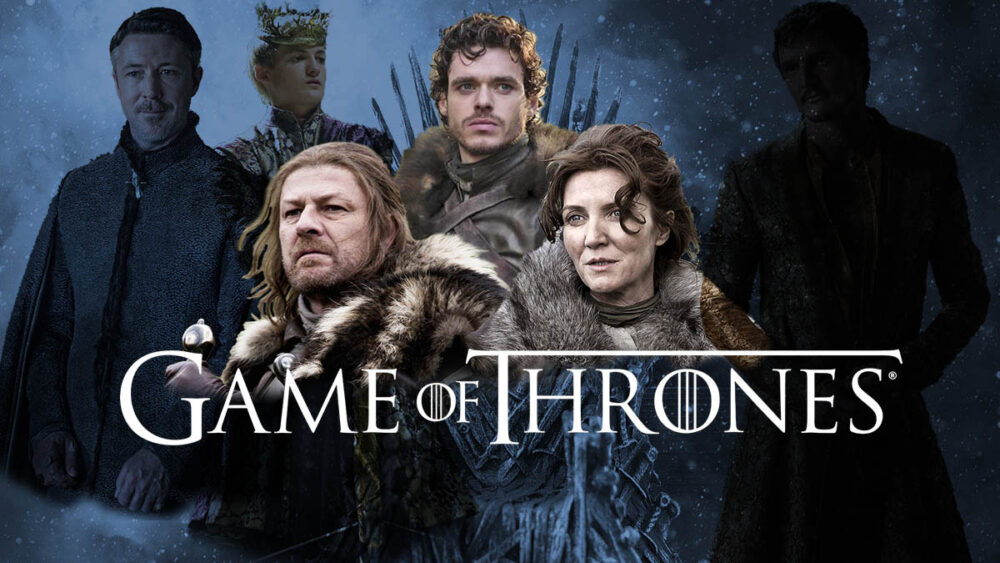 You could see it coming, right? If nothing else, there’s absolutely no person nowadays who hasn’t heard of this series. Or at least of the Mother of Dragons, the almighty Khaleesi, and her smokin’ hot dragons. Fortunately, the majority who watched and absorbed each episode with the same zeal dominate, which brought this series to the very throne (pun intended) of the most adored and beloved series ever. A fictional world, fictional heroes, and never more exciting adventures.

It could be said that the efforts of the creators of ‘Game of Thrones’ paid off as the audience loved it in proportion to the cash spent – which is approximately between 10 and 15 million dollars per recorded episode. Since this TV show has eight seasons, all you have to do is calculate how much money is spent in total. We will save you labor – an enormous amount! And, if we may add – we are all extremely grateful for that. 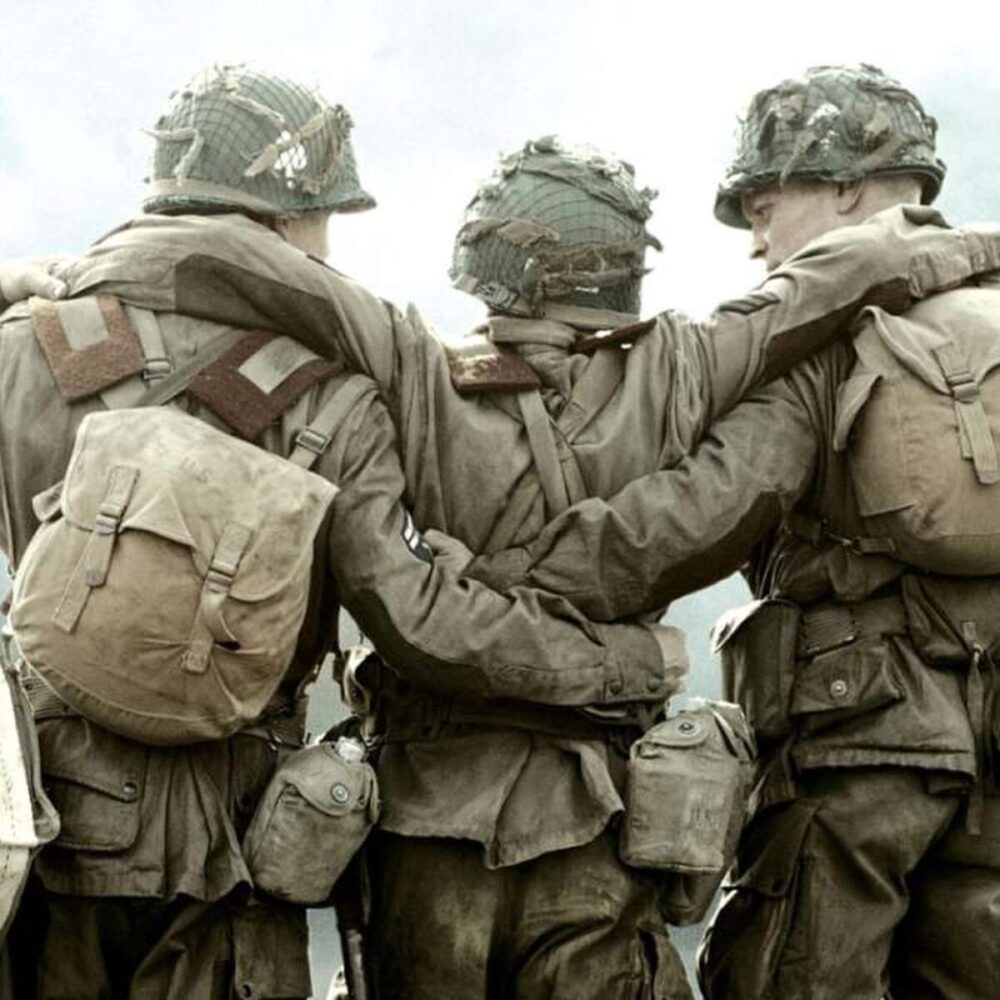 From HBO production there came one of the most-watched mini-series from 2001, which won the hearts and TV screens of audiences around the world in a very short time – ‘Band of Brothers’.

It’s a story that focuses on Easy Company, an elite parachute unit that fought during the Second World War, made up of ordinary guys who went through the biggest conflict in history. As might be expected from the Hanks-Spielberg collaboration, everything in this series is first-class. Starting with 1,100 acres of large filming ground at Hatfield Airport near London, through authentic costumes and weapons, all the way to the military camp that the soldiers went through before the shooting… There goes the amount of 12.5 million dollars per episode recorded. Wow, right? 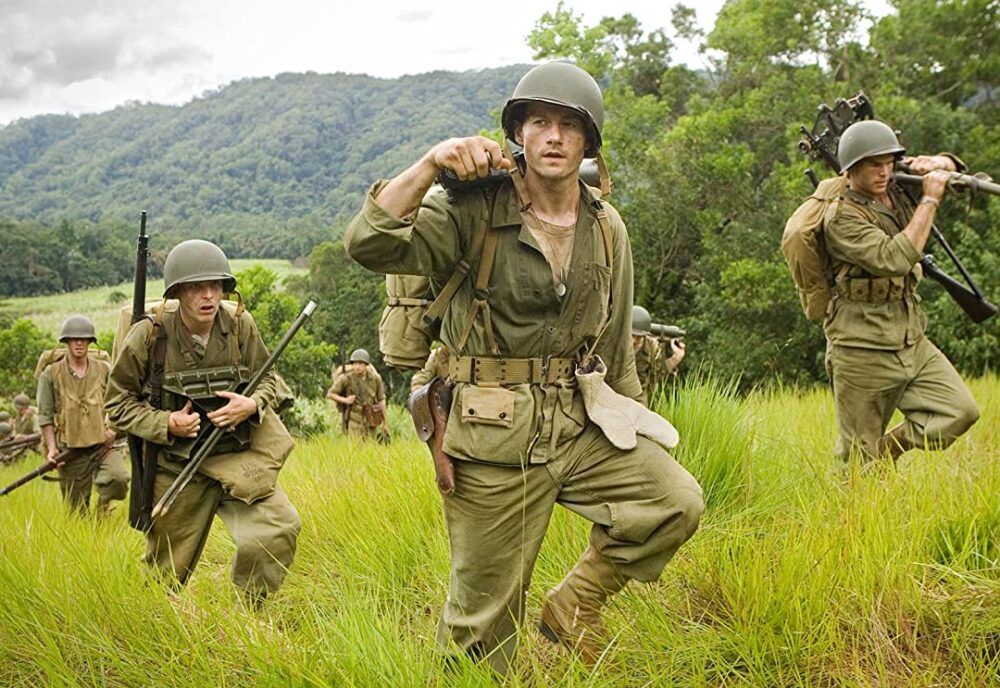 Even before the premiere, it was clear to everyone that the success of ‘The Pacific’ would depend solely on how it was in relation to its older brother, ‘Band of Brothers’. As unfair as that comparison may be, for the simple reason that Band of Brothers is a television masterpiece, almost unrivaled in miniseries format and theme, it’s the only one possible that could stand shoulder to shoulder. The same people did both series, but we got two completely different things here.

The series follows the intertwined, true-life paths of three members of the US Navy – Robert Leki, Eugene Sledge and John Basileon – a huge battlefield in the Pacific during World War II. Many scenes required crowds of extras who sometimes had to record the same scenes for days, so a significant amount of money went to them. The total amount of cash set aside for this pleasure is more than an incredible 21 million dollars per episode. 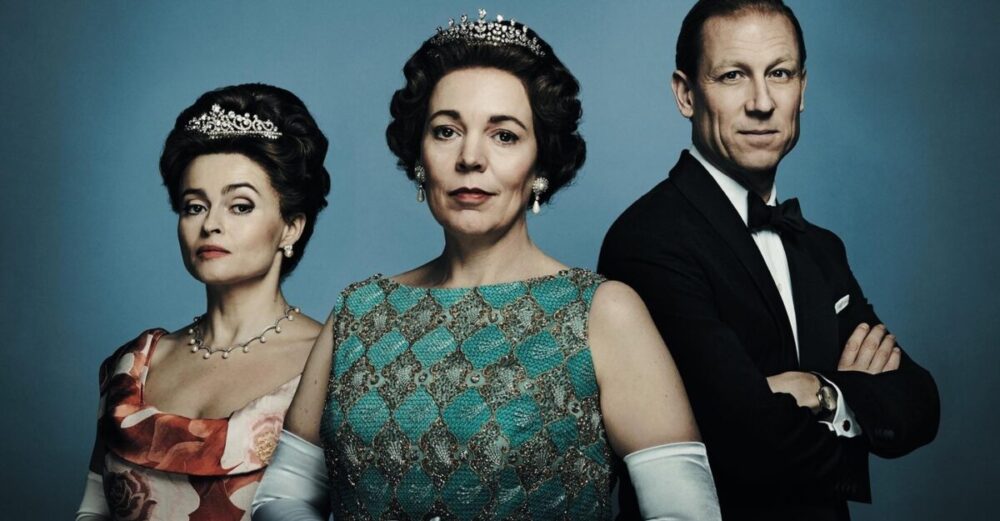 Dramatizing the life of Queen Elizabeth II costs almost the same as the Queen of Great Britain per year – or that’s what the reviews are saying. The creator of the series, Peter Morgan, managed to reconcile the old-fashioned monarchist concept of rule and the refreshing depiction of the Windsor family. From the moment Elizabeth ascends the throne, her inner struggle is dominant – queens and women. They’re different, but the queen always wins – even in situations that kill her humanity.

In terms of cost, this series isn’t far behind the others on the list, since a single episode of the previous 30 costs was about 13 million dollars. Just a replica of Queen Elizabeth’s wedding dress cost around 35 thousand – not to mention the rest of the costumes, extras, the ‘royal’ interior, the set design, and everything else that such a topic requires. 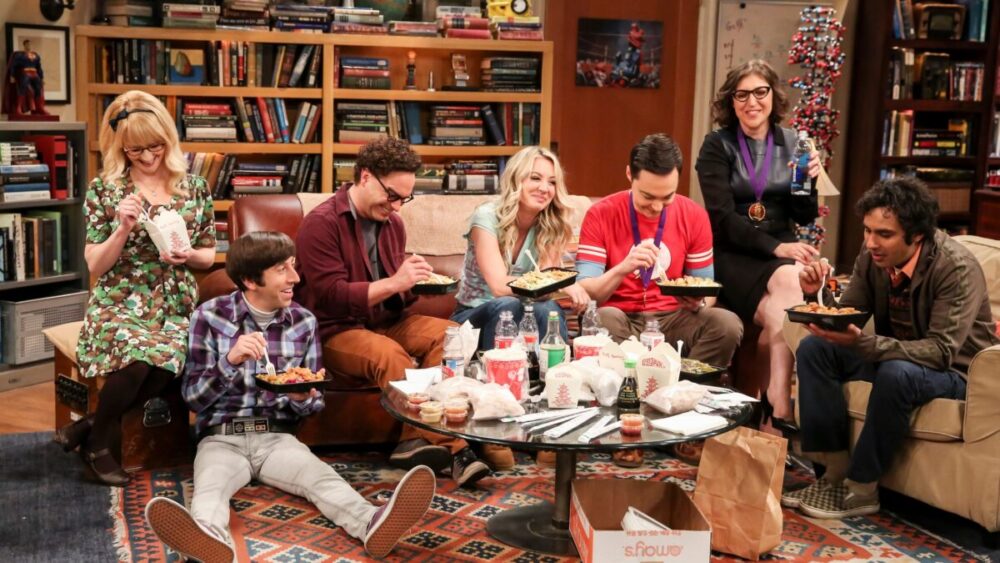 It took this series twelve years to definitely solidify its place in the starry Hollywood sky. Rarely has a person not heard of the nerd Sheldon who can tell you whatever your heart desires about quantum physics and similar scientific gimmicks, as well as of his crazy crew. Whoever is a fan of sitcoms simply couldn’t miss it.

Even now, when it’s all over and the series is coming to an end (which happened last year), it continues to enjoy the same popularity. This certainly benefits the creators who have invested more than 9 million dollars in each of the recorded episodes – and sometimes even more. 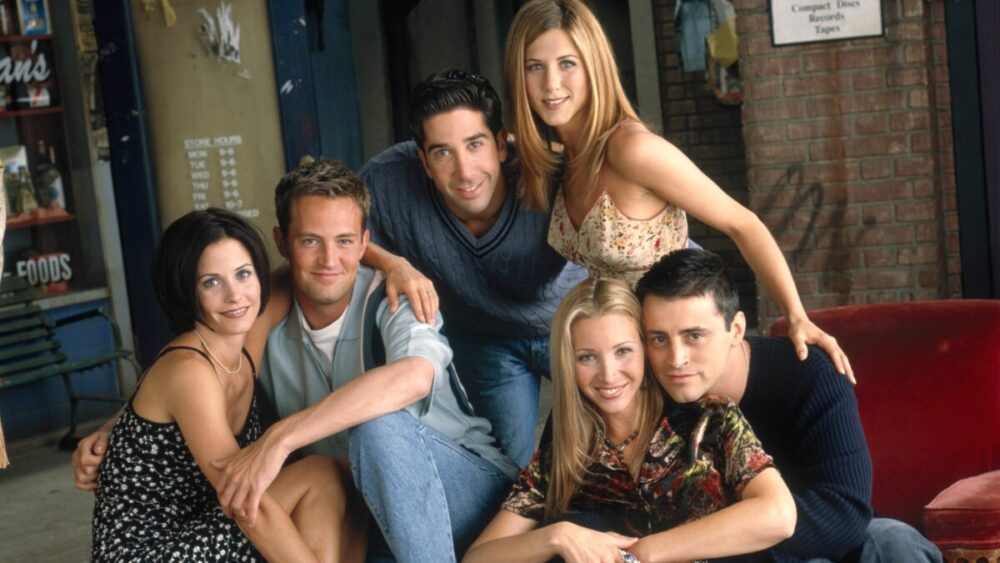 We laughed with them until every muscle in our face hurt: we also cried, and sometimes both at once. This year, the irresistible six is celebrating 26 years since the launch of their first episode – and that was roughly the moment when the whole world fell in love with them.

The adventures of Joey, Rachel, Ross, Chandler, Monica and Phoebe are still retold today and are gladly watched. Not only did the actors who played the main roles after each episode boast a few million in their own pockets, but they also made huge sums of money for the authors of the series themselves. It’s estimated that they had to cash in at least 10 million dollars per episode, which, you’ll admit, is absolutely not a small number. However, if you believe the numerous fans, it paid off, since they’re still broadcasted today and have even more admirers than ever before. 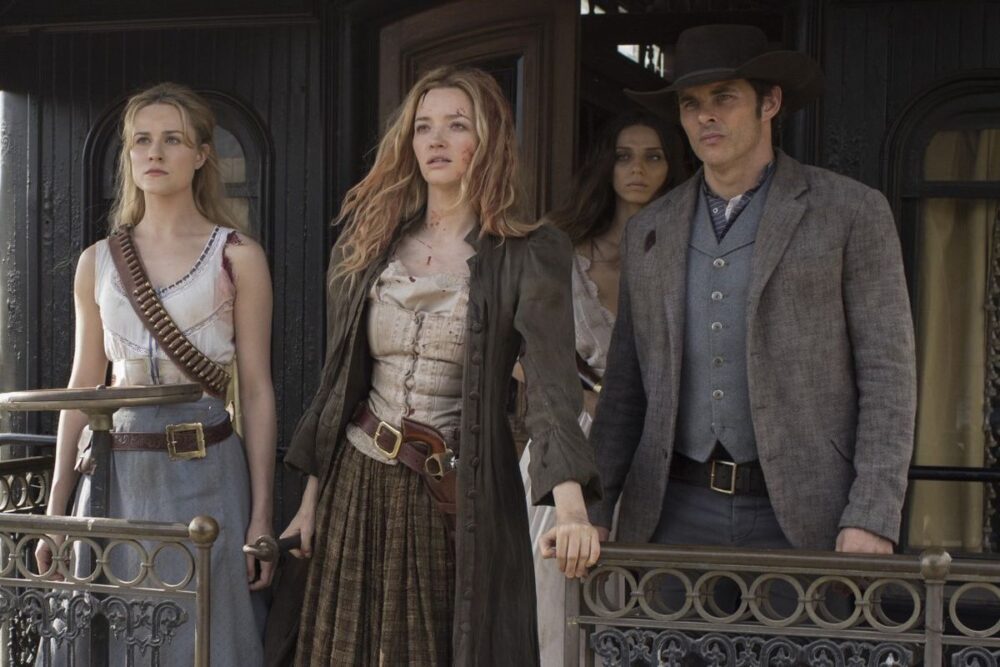 And finally, unless you have spent the last couple of years in complete isolation, i.e. in some hidden place where there is no electricity or internet – we can bet you have probably heard of Westworld by now. Although it was expected from the very beginning that he would succeed in achieving certain popularity, no one could have dreamed that the new project of Jonathan Nolan and Lisa Joy would achieve such an incredibly great success in their first season.

The fact that these three existing seasons have awakened the interest in viewers so much that after each episode, we have countless new fan theories on the Internet speaks volumes about their prosperity.

Given the extremely high level of production quality and the funds invested in the realization of this masterpiece among the series, but also the big names that appear in the credits, it’s quite justified that a huge amount of money had to be set aside for something like this. The price per episode varied from 8 to 10 million dollars, which is also a solid figure in relation to the resources used.