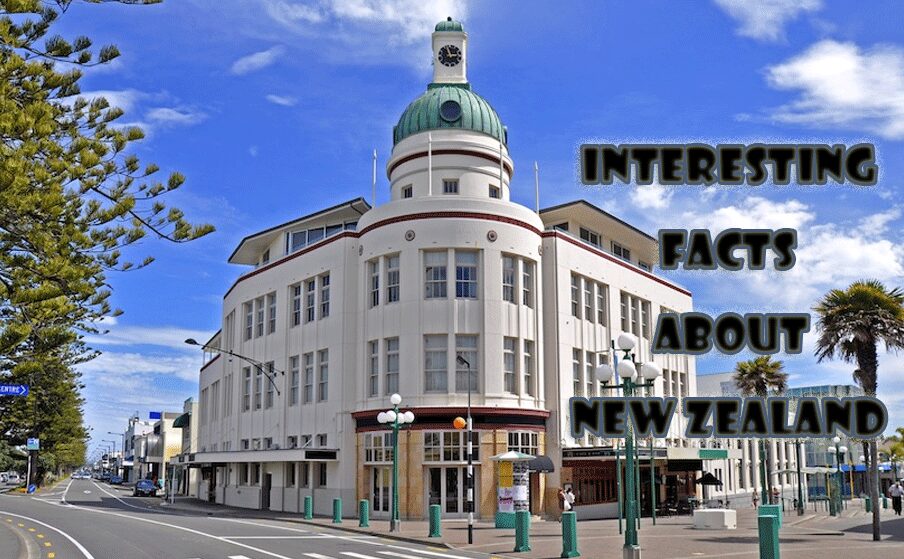 These 10 interesting facts about New Zealand , I discovered them while preparing my trip but especially by living with the New Zealanders. To learn more about the country and its culture, check out my article on my reasons to visit New Zealand.

First of 10 surprising facts about New Zealand , the name New Zealand comes from the Dutch “Nieuw Zeeland”. This name was given by the first European explorer Abel Tasman  after the province of Zeeland in the Netherlands. New Zealand was the last land inhabited by man, with the exception of the Polar Regions.

There are no dangerous animals in New Zealand

Unlike Australia, there are no dangerous animals in New Zealand. There are no snakes, big spiders or crocodiles. The only animals you should be wary of are sandflies, a kind of fly / mosquito that swarms on the shores of New Zealand and white tail spiders whose bite can be pretty painful.

There are no cities more than 140 kilometers from the sea

Kiwis are famous for being good navigators, and a lot of people I met in New Zealand had a boat. The two most important cities of the country, Auckland and Wellington are at the edge of the water. Auckland, called The City of Sails, has more boats per capita than any other city in the world.

I am sure you know that English is the most spoken language in New Zealand. Moreover, some of those who leave with a Working Holiday Visa do so to improve their English.

The most inappropriate logo in the world!

Yes, yes it is a kiwi. The iconic bird of New Zealand does not fly, but figures well on the logo of the New Zealand Air Force. They do not really like the other kiwis.

Rugby, but not only

So yes, rugby is king sport in New Zealand. The All Blacks are the reference team and New Zealand children play rugby at school. Other sports are also very popular and they are very different from rugby.


A way of life very different from ours

When you live with kiwis, thanks to Wwoofing in  particular, several things will certainly surprise you. Here is a small anthology of surprising facts about New Zealand and the way of life of kiwis.

Butter, buttery money and the creamer

New Zealand is one of the largest exporters of dairy products in the world. The farms are huge, an  average farm has more than 400 cows . On the whole farm in which I did wwoofing, there were no less than 500 cows. The country has about 5 million dairy cows (against 30 million sheep).

With such an important industry, New Zealand produces 100 kilograms of butter and 65 kilograms of cheese every year  . However, their cheeses do not really reach the level of our Comté, Munster and Roquefort in terms of quality. The agricultural sector is also the country’s main source of income for exports.

The steepest street in the world

Baldwin Street in Dunedin is the steepest street in the world. The steepest part has a slope of 38% !

A new flag for New Zealand

Tenth of my surprising facts about New Zealand, the question of the flag. For several decades, the change of flag debate has been raging in New Zealand. On the one hand, part of the population believes that the Union Jack should no longer be present on the flag. On the other hand, some people think that it looks too much like Australia (that’s not wrong). Anyway, a number of alternative design has been filed for several years, no more.