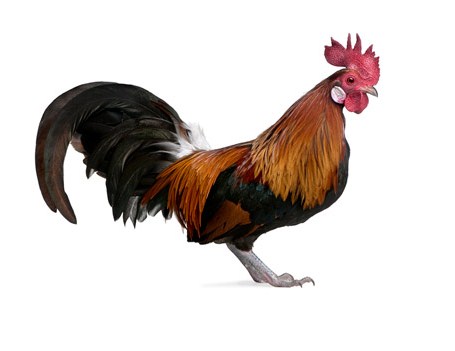 The national bird of France is Gallic Rooster, which is commonly used as an emblem of France. The Latin word Gallus stand for two different meanings at the same time. It means “Rooster” and “Inhabitant of Gaul”.

Many old coins were found there where roosters were bored on it but the tribes of Gaul was not used animals as there emblem. After then the national bird of France set as a symbol of Rooster shared most widely the representation of French People.

The Gallic cock in France used as a religious symbol in the middle Ages in France; this is use as a sign of faith and hope and later on declared as national bird of France. Through the revitalization and revival, the cock began to be associated with the emerging French nation. Among the Kings the Valois and Bourbons, the royal image was often accompanied by this bird to France, on coins and in engravings. While still a small emblem, the cock was found at both the Louvre and Versailles.

The symbol of rooster was emitted by Napoleaon III and replaced with the eagle, as he said that, “The rooster got no power, it cannot be an image of a kingdom like France”.

The enemies of France have taken this joke because of the alleged tenacity and pride of the people of bronze, but it had to be turned on the head as the French people took the rooster in their heart as a symbol of their nation. Despite of the strange legacy, the cock has great symbolic value as a means of its faith and light. Every morning crowing of cock is the triumph of light over the darkness and goodness over evils. After a long absence, the July Revolution of 1830 rehabilitated the image of the rooster, the Duke of Orleans endorses a direction of the cock emerges on banners and uniform buttons of the National Guards. Rooster as a Symbol

Rooster as the French national emblem showsall over different places. Some French houses, for example knocker taps, while many French companies use taps in their logos. The rooster also seems on some seals and government logos, along with other symbols of France. French resistance of this symbol is also used in World War II recalls the resistance and the courage of the French people.

Do You Know bald eagle the national Bird of USA ?

Seal of the Second Republic shows that freedom in a tube decorated with a rooster head, but this figure is still standing next to the symbol of the eagle, which is preferred by Napoleon II,as a sign of persistent empire in the center. The wrought-Iron gates of the Elysee secured by the rooster, under the third Republic and these Rooster Gates can be still visited there. The gold coin of twenty-francs struck in 1899 carries a rooster also. In the times of First World War the increasing patriotic feeling made the Gallic rooster, symbol of strength and courage of France against the Prussian eagle. The use of this Manichean representation, particularly of political cartoonists, gained ground, and the rooster has emerged as a symbol of France farmers,opinionated proud, courageous and fruitful origin. Even abroad, this bird rooster symbolizes France, although no animal has been attributed to purely positive attributes.It was used from 1899 as a floor on gold 20-franc pieces and appears occasionally on stamps.It is the emblem of the French sports teams in international competitions.In an era when the rooster was not an official emblem of the French nation but it still stands in the heart of Republic. In the cooperative vision, especially in the field of sport, rooster remains the best illustration of the French nation.

1.   The word Gallus have dual meaning, its Latin word which means Rooster and this reference was used for the people of Gaul, present as a France.

2.   Roosters were grown domestically for the purpose of cock fighting even not for food.

3.   Male chicken is called as Rooster and females are known as hen.

4.   Roosters can fly but due to their heavy weight they cannot jump more than 60 meter in air (about 200 feet).

5.   Rooster have good hearing power but at same time bad sense of smell.

7.   They are Omnivores, they eat worms, grains, fruits, snails andinsects and like that they also eat mice and lizards also.

8.   A rooster produce a sound of took, took, took, when found the food to get announce to all of the flock of chicken.

9.   Female hen gives preference to those male which often dance and larger crest on their heads.

10.    Female hen mate different males for reproduction but when she decides, and can eject the sperm if she don’t want that particular male offspring. 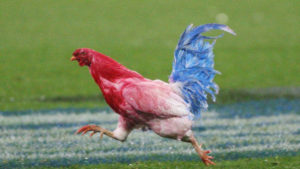 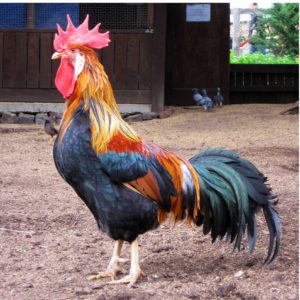 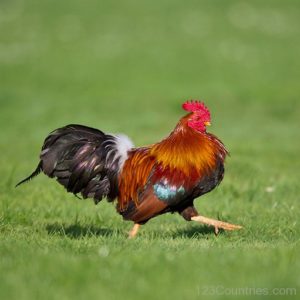