Doha is the capital City of Qatar , and is located on the Qatari peninsula in the Persian Gulf . Its main economic activities are the oil and fishing industry . Its estimated population is 998,651 inhabitants ( 2009 ) and its geographical position is located between the coordinates 25.3 ° N 51.5333 ° E. In the city is the headquarters of the television channel Al-Yazira , one of the main international media In Arabic.

In this city the first ministerial-level meeting on the World Trade Organization negotiations was held in order to liberalize world trade. To which the Doha Round was called and materialized in 2001 .

History
Doha was founded in 1825 under the name of Al-Life. In that same year, during the war between Qatar and Bahrain , Doha had been severely damaged and Abu Dhabi was helping Bahrain.

It is believed that the name “Doha” comes from the Arabic word Ad-Dawhah which means: “The Great Tree”. In allusion a prominent tree that must have grown in the place. It is also said to have been a derivative of “Dohat” which in Arabic means bay or gulf. 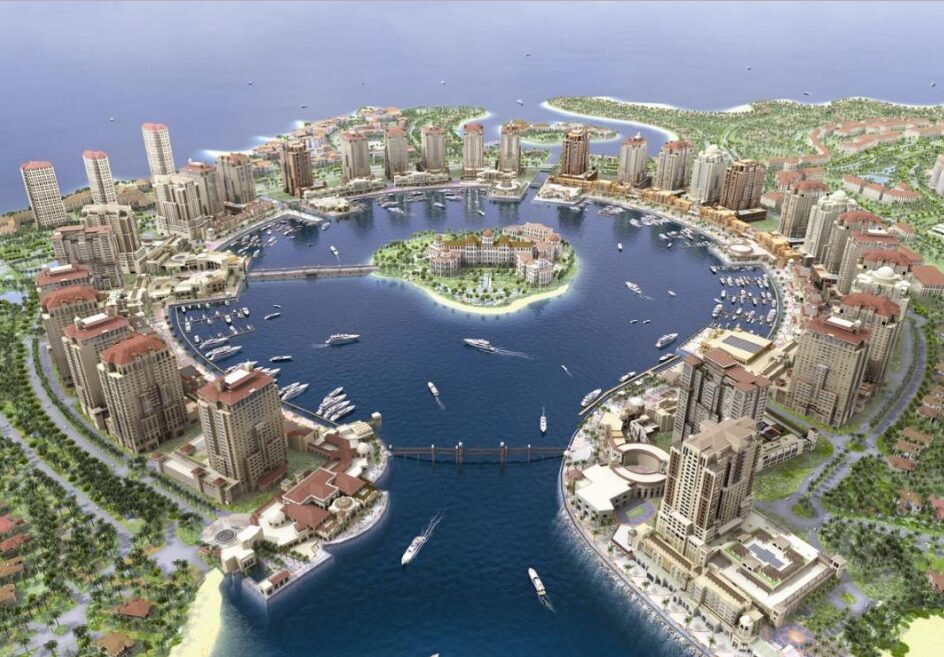 In 1765 appears for the first time reflected in an English map Al Bida.

In the 19th century , Doha was little more than a small town known as Al Vida habitually attacked by Bedouin nomads.

In 1821 the town was bombed by the British ship Vestal in 1821, after the city considered a general peace treaty broken.

In 1841 the village was again bombed after Al-Suwaidi, the leader of the Sudanese who later ruled Al Bida, was accused of being outlawed.

In 1847 the town was destroyed after its leader – Bin Tarif Bin Salamah – died in the battle against the caliph of Bahrain near Fuweirat .

Do you want to know about Capital City of Poland?

In 1867 the Qatari were again attacked by Bahrain with the help of Abu Dhabi, after which Doha and Al Wakra attempted to retaliate in a very bloody naval battle, but the British, who wanted to keep trade quiet and stable in the Zone and bothered that the caliphs of Bahrain had broken the treaty that prohibited the maritime war in the zone, arrived at Qatar and were received by the head of Alida, Sahikh Mohamad Bin Thani. In this meeting it was to direct to Qatar and to turn it into a nation-state in the framework of Al Thanis .

In 1882 , Al Rayyan built the fortress of Al Wajbah in southwestern Doha and the following year, Sheikh Qassim led an army from Qatar to victory against the Ottomans.
As a result of the departure of the Ottomans as early as 1916 Qatar was a formal British protectorate with Doha as the country’s capital.

In 1917 , the fortress of Al-Kout, located in the center of the city, was built by Sheikh Abdulla Bin Qasim Al-Thani. 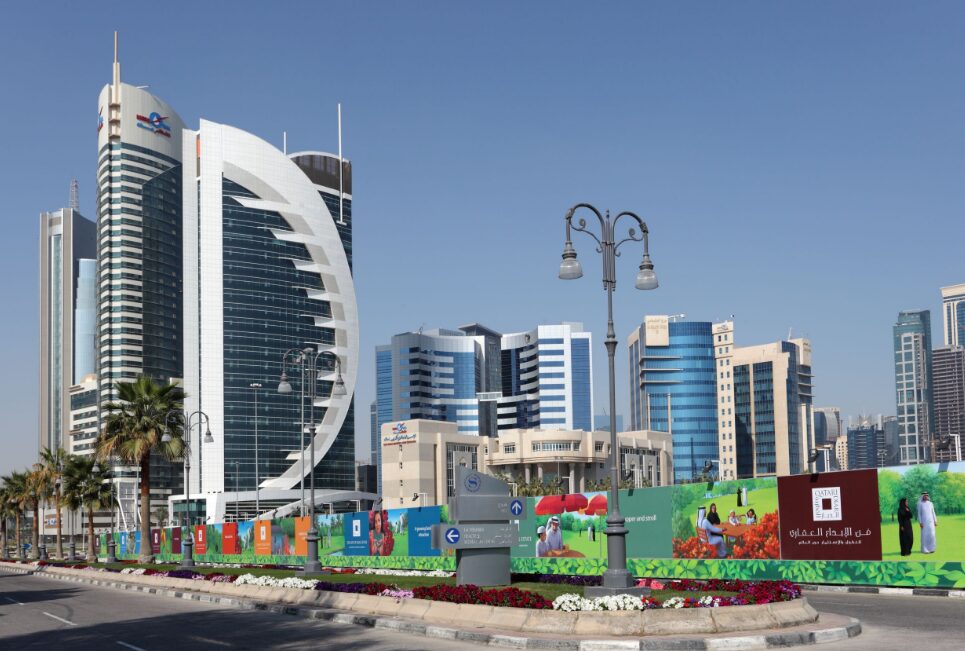 In 1930 after the introduction of pearls cultivated by Japan throughout the region, including the city of Doha, suffered a very strong depression and Qatar, sank in poverty because during the twentieth century, much of Qatar’s economy depended on Fishing and the collection of pearls, and the introduction of these pearls brought with it a debacle to the economy, however in the late 1930s, important oil deposits were discovered in the country that although they could not be exploited to a great extent Because of World War II and nowadays, the nation as a whole produces thousands of barrels of oil per day.

In 1971 the country gained its independence.

After the Second World War the exploitation of Qatar’s oil reserves was pushed to save the city. However, the emirs of Qatar waited a long time to develop and expand the exploitation of newly discovered wealth, after which there was a complex development of the whole city, but like in other countries of the region, in the eagerness to modernize Much of the country’s heritage was lost.

In 1973 , the University of Qatar opened its doors. 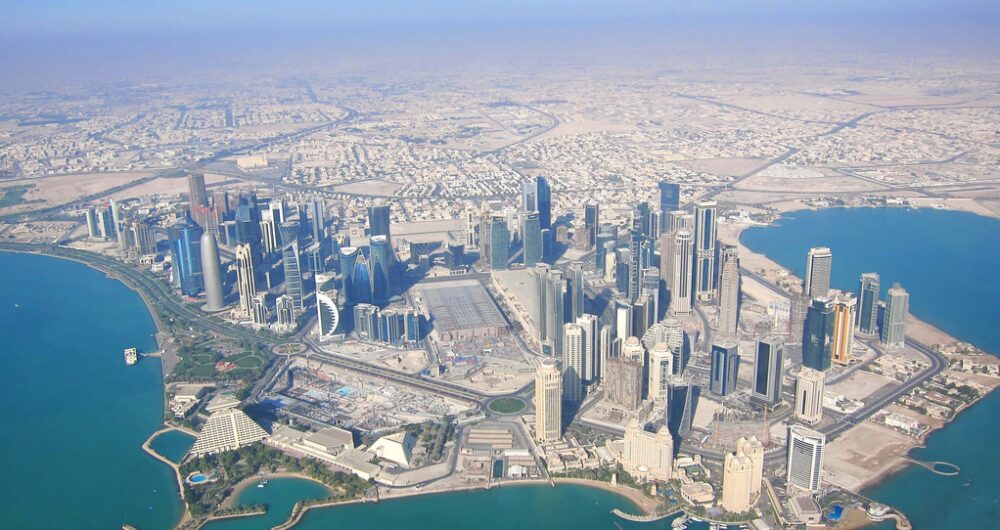 By 2010 , Qatar was considered one of the fastest developing countries not only in the Arab world, but globally.

Geography
Doha is located in the Arabian Peninsula , specifically in the peninsula of Qatar in the Persian Gulf between the coordinates 25.3 ° N 51.5333 ° E.

The predominant climate in the city of Doha is warm and very arid but cold at night, the average temperature is over 48 ° C from May to September, and the humidity is variable. In summer, temperatures often reach 60 ° C or higher.

During the summer months there is almost no precipitation and the rest of the months rainfall is zero, with an average of 0 mm per year, with drizzle falling on isolated days, especially between October and March.

Winters are hot by day and cool at night, although the temperature rarely drops below -3 ° C.

Population
The population of Doha is mostly composed of foreign residents, predominantly from South Asian countries, notably Pakistan , India , Sri Lanka , Nepal , the Philippines , Bangladesh and Indonesia . There are also large numbers of people from the Arab countries The East Coast and North Africa, and East Asia as well as expatriates from the United Kingdom , the United States , Canada , France , South Africa and Australia , and many other countries around the world.

Economy
Doha is the economic center of Qatar and where the wealth of oil and natural gas, which is the basis of its economy and the country is reflected, is home to the largest oil and gas companies in the country, including Qatar Petroleum, Qatargas, Ras Gas.

The city on the par of the country is trying quickly to diversify the economy in order to move away from this dependence on oil. So it is experiencing a very large boom, especially with the result of the Sheikh Hamad bin Khalifa modernization program.