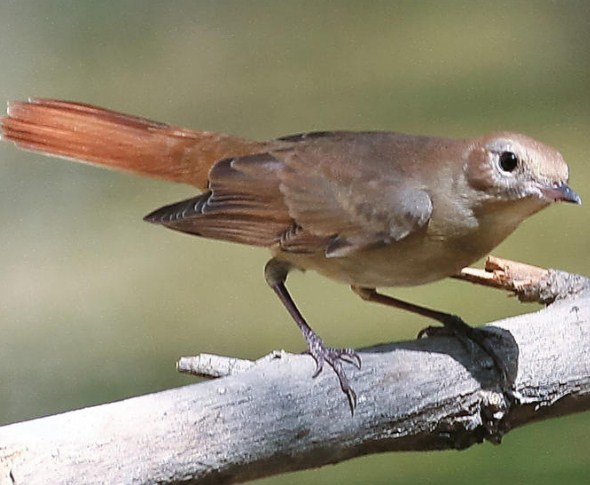 The national bird of Croatia is Common Nightingale. Croatia has been an independent country since 1991 and borders Bosnia and Herzegovina, Hungary, Montenegro, Serbia and Slovenia. It has a long and impressive coastal strip bathed by the Adriatic Sea, where the country has more than 1,000 islands and islets, of which only 48 are permanently populated.

The most important sectors of the Croatian economy in 2015 were wholesale and retail trade, transport and hospitality (21.8%), industry (21.2%), public administration, defense, education, Health and social services (15.2%).

The male national bird of Croatia (nightingale) does not need showy plumages to attest to its attractiveness, one knows for sure the power of attraction that exerts with its splendid song, source of poetic inspiration. Literary bird par excellence.

National bird of Croatia (common nightingale) is a bird with a stylized figure, about 16-17 cm in length and 23 to 26 cm in wingspan. Both the male and the female exhibit the same plumage: brownish-red tones on the back and more coppery in their long tail; the belly is a beige-whitish. His dark eyes are surrounded by a clear ocular halo.

It likes to go from branch to branch in the thick of the trees or to hide between the bushes and the riparian vegetation, but from time to time, it changes branches by the ground to look for food walking in jumps and using its tip, fine and pointed, designed for Look for soft insects and berries.

When the nightingales return in April of their wintering in the tropical African forests, the males begin singing only at night, then they are encouraged and they sing at all hours, although not always with the minimum frequency, intensity and sound record. Not so little for the same purpose; during the day compete among them with their songs and their varied melodies that dominate musically gardens and forests (they mark territory, compete); But when night comes, their trills, chirps and chirps are dedicated mainly to the conquest of the females. Maybe they like to listen to them in the moonlight.

Before migrating in autumn he changes his plumage and leads a much more discreet life. Between August and October European species (southern half of Europe) migrate towards Africa passing through Spain.

“The order of song sequences and the use of difficult-to-produce acoustic structures had not been analyzed in any other species,” says Bartsch. According to the study, these characteristics could have evolved to point out the potential of each nightingale to exercise its work as a father.

In 80% of bird species, the male plays an essential role in caring for the offspring through feeding the mother during incubation, caring for the children and defending the nest against possible threats.

Through the analysis of elements such as feather color, courtship ritual or singing characteristics, females would be able to quickly gather information about their potential partners, thus determining the choice of partner. 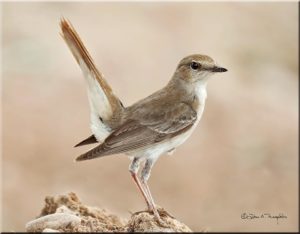 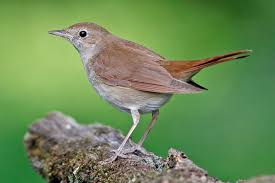 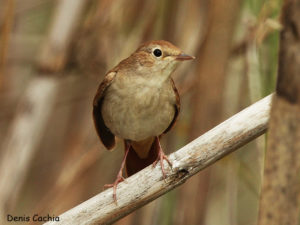