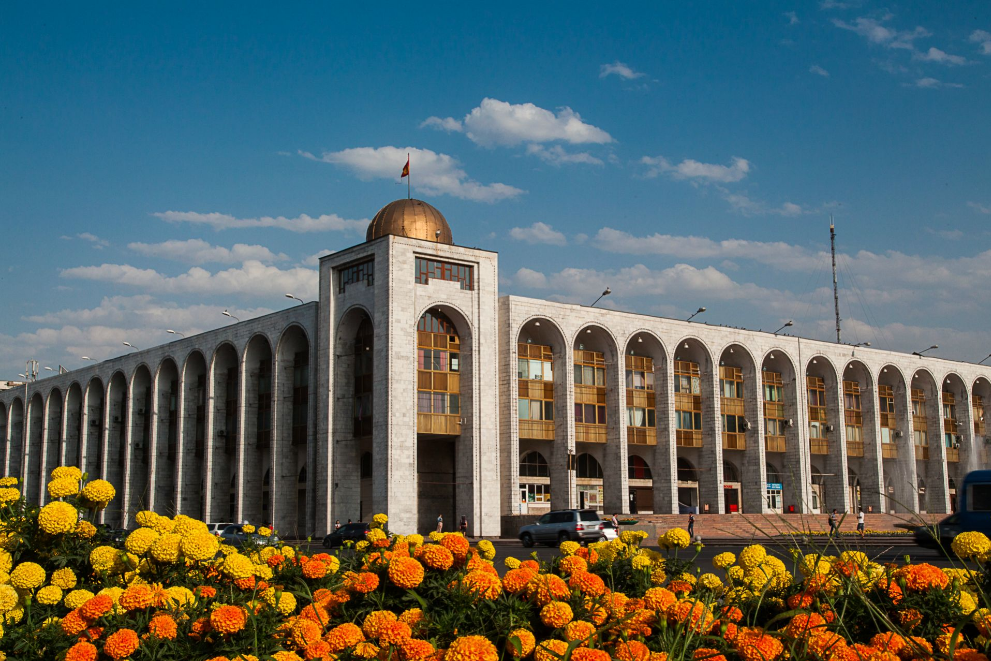 Bishkek is the capital of the Kyrgyz Republic located in the Chuy valley at the foot of the Tian-Shan mountains, the snowy mountains of Ala-Too Kyrgyz, at a height of 750 meters above sea level, 25 km Of the border with Kazakhstan. It is the heart and soul of the republic, the political, economic, scientific and cultural center of the country, its main transportation hub.

The population of the city according to the data of 2010 comprises 846,5 thousand inhabitants. Unlike the southern regions of the republic the Russians and the Russian-speaking inhabitants comprise a high percentage of their population.

Bishkek due to its climatic conditions occupies the extreme southern position in the mainland temperate climate. The maximum monthly solar radiation duration is in July – 322 hours, the minimum is in December – 126 hours. The climate of Bishkek is roughly continental, the average temperature of the year is +10.2 ° C. The coldest month of the year is January (-4 ° C), the hottest is July (+ 24.7 ° C). The monthly average of the hygrometric state of the air grows from 44% in June and July to 74% – in March. Through the city pass the rivers Ala-Archa, Alamedin and the Great Channel of Chuy.

The capital of Kyrgyzstan is a young city of an exceptional and mysterious mountainous country. Yes, here there are no historical or ancient monuments of the Middle Ages, but this is not the reason to consider this city as boring and uninteresting. BishkekIt can not be blamed, for example, the child for being still small. As for Bishkek, the city was founded only in 1825, and for history it is only a second. Therefore, as it has no great past the Kyrgyz capital has no ancient monuments. Still, the city is quite interesting, beautiful and very hospitable. The view of the majestic and attractive Ala-Too Kyrgyz mountain range provokes a special and unmistakable emotions. So when you’re in town,

The characteristic feature of the city is a regular planning of the streets, which cross only under the right angle. The inhabitants of the capital are always proud that in these streets there are plantations of trees and shrubs that create a special climate and life-giving freshness. That’s why they rightly say that Bishkek is one of the greenest cities in the world.

Do you want to know about capital of Kuwait?

Science and education in the capital are presented by the National Academy of Sciences and a large number of specialized secondary education institutions and higher education. Among them there are 18 universities, 20 institutes, 9 academies, of which are graduated annually up to 5,5 thousand qualified specialists. 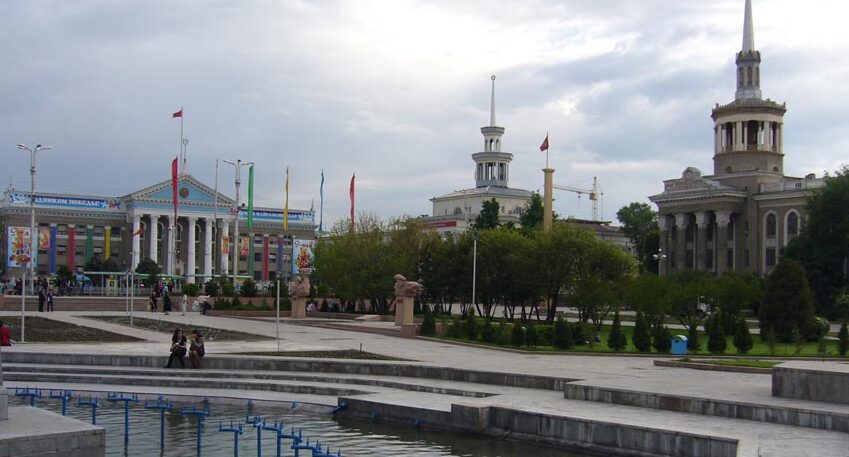 Bishkek Name
On the name of the city for many years there were several legends. According to one of the versions, “Bishkek” is a name of the local athlete, Bishkek-Baatyr, who did many useful things for his people, he lived here in the 18th century.

In general the word “Bishkek” in the Kyrgyz language means “the mixer to beat kumis (the drink received from mare’s milk)”.

But, according to some historians and writers, the word “Bishkek” means “the front, front of the blissful and beautiful mountain (Baytik Mountains), also the fortress of five walls.”

The history of the city.
The city of Bishkek (more precisely the territory, where the modern city is situated) was known as early as the 7th century, as the city Dzhul (the forge fort).

However only in 1825 in the territory of the valley of Chuy was formed the khanato fortress of Kokanda – Pishpek, in which was installed the largest garrison. The fort was taken by the Russian army twice – on September 4, 1860 and on October 24, 1862. In November 1862 it was destroyed, and in its place two years later the Cossack picket was established, then it started here To operate the market. Later, as early as April 1878 because the center of the district moved to Pishpek, the place received the status of the city.

From October 1924 the city became the administrative center of the Kara-Kyrgyz autonomous region, then the administrative center of the Kyrgyz autonomous region. In 1926 Pishpek began to be called Frunze in honor of the Soviet military chief native of the city. From 1936 Frunze had the status of the capital of the RSS Kyrgyz. And after proclaiming independence, by the decision of the Kyrgyz High Council on 1 February 1991 the city was called Bishkek.
Bishkek, being the center of international tourism in Kyrgyzstan, often serves as the transshipment point and resting place on the way to Lake Issik-Kul or the Tian-Shan Mountains and at the same time can offer tourists a great Amount of curiosities.

BishkekThe center of Bishkek is the main resting place where they prefer to walk the guests and tourists of the capital. Here is concentrated most of the museums, galleries, shops, parks, gardens, squares, restaurants and coffee shops. By the way, Bishkek is the only city in Central Asia, where until today there is a monument of Lenin. The truth is, now he is not located in the main square, but behind it, but even this already considerably differentiates Bishkek from other cities in Central Asia. 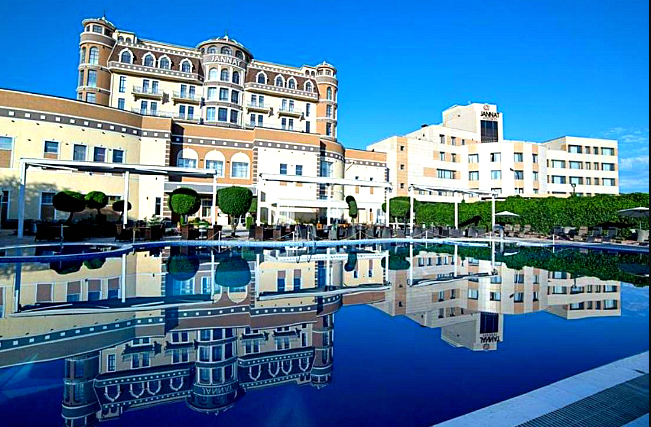 In the city there are 20 national parks, 4 artificial water tanks, 6 swimming pools, 10 theaters, 5 outdoor memorial museums, 8 specialized museums, as well as other cultural and recreational parks.

One of these objects is the oak park, where it is always cool under the leafy tops of the trees, and the quick squirrels jump through the logs, looking intently at people waiting to receive the treat. The oak park is like an original museum of outdoor sculptures. Sculptures made of stone, metal and wood, some isolated and others in groups, are located here along the park’s avenues, paths or simply between the trees in the meadows.

The park of oak is thus adhered so-called “exhibition of Bishkek” – the gallery Erkindik, where it is possible to see the work of local craftsmen and painters.

Behind the gallery begins the main square of the country – Ala-Too. The Plaza Ala-Too has a great tourist potential – here is located the Government House decorated with white marble. In the square there are many fountains that decorate it, here is built the scene, where the concerts of masses and discos. Exactly here people gather during the popular festivals. Military parades and demonstrations also pass here