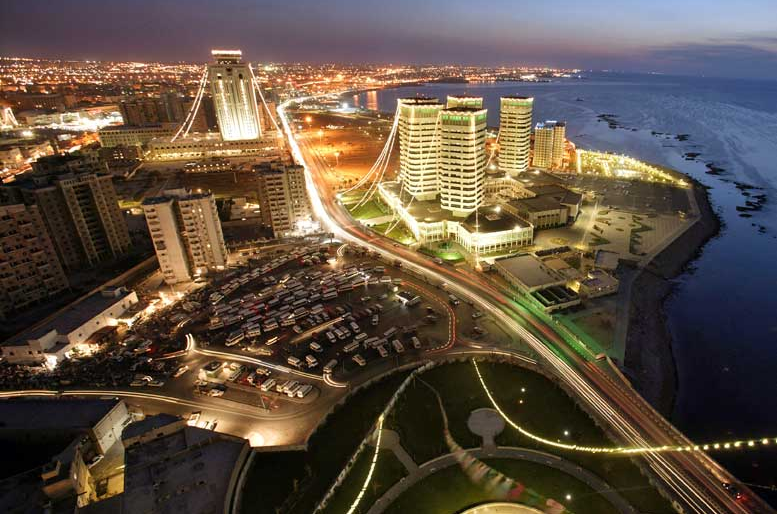 Tripoli. Capital and main city of Libya , located on the northwest coast, about 200 km from the border with Tunisia . It is the main port and commercial and manufacturing center of the country and its industry is based especially on fishing . It is located on the shores of the Mediterranean , in the western part of a fertile oasis . Today, Tripoli is an important political – administrative and commercial center, thanks to the traffic of its port, with its 1,690,000 inhabitants.

The city was founded in the 7th century BC by the Phoenicians with the name of Oea, then Roman colony, then Byzantine and in 642 was conquered by the Arabs. It was occupied by the Spanish in 1510 and later ceded to the Order of Malta , until in 1551 it was conquered by the Turks, later it was Italian colony until the independence of the country in 1951 .

Tripoli still preserves a series of monuments and important historical buildings among which stand out: the University of Alfateh, the National Archive, the State Library, the Museum of Natural History , Archaeological, Ethnographic, Epigraphy , Islamic, The Arch of Triumph in honor of the emperor Marcus Aurelius , the mosques of Karamanli and Gurgi and a 16th century Spanish fortress .

Do you want to know about Capital City Of Liberia.

History
It is thought that Tripoli had prehistoric origin, being known by the name of Makar Wiar, like commercial emporium of the Phoenicians. The ports of Oea, Sabratha and Leptis Magna, founded by enterprising Phoenician navigators in their Mediterranean expansion, formed a unique emporium called by the Greeks Tri Polis (three cities). Later, it happened to be a Roman colony, becoming one of the three main ones of the province next to Leptis Magna and Sabrahta, the latter of more important, in republican stage.

From the principality of Augustus , the city began a strong development. There are few remains of the Roman period in Tripoli, except for the arch of Marcus Aurelius , in the ancient city. In the V century it was conquered by the Vandals and in the 533 , Belisario , after wresting it from them, annexed to the Byzantine Empire . The Byzantine dominion, however, lasted only a century, since in the year 642 was taken to the assault by the Arabs, and conquered definitively in the 646 .

During the XV – XVI centuries , the territory was dominated by the Ottomans, with the exception of Cyrenaica, where Sheikh Muhammad ibn Ali al-Sanusi established a cofradía de sanusíes. At the beginning of the 20th century , Italy occupied Libya ; The outbreak of World War I forced the Italians to evacuate the country, with the exception of the ports of Tripoli, al – Hums and Zuwarah. It was massively bombed during World War II and, in 1949 , Libya became an independent country. It has expanded massively since the revolution of 1969 , reaching the 620,000 inhabitants.

In April 1986 the United States Air Force and Navy bombed Tripoli and Benghazi . US President Ronald Reagan justified the attacks on the grounds that Libya was responsible for terrorism directed against the United States. , Such as the air raid on the La Belle nightclub in West Berlin days before. The United Nations lifted sanctions against Libya in 2003 , which brought an increase in maritime transit and a positive effect on the city’s economy.

During the month of February of 2011 , Tripoli was the scene of protests and clashes that were quelled by the military and police forces of the government of Muamar el Gadafi . Posterirormente in August, rebel forces clashed with forces loyal to Gaddafi for control of the capital. The National Transitional Council troops managed to overthrow the Libyan president and took control of the city.

Geography
Tripoli, capital of Libya and one of the most important cities of the country is located on the coast, in the north, and is bathed by the Mediterranean Sea . It is the only area of ​​the country where it rains from time to time, reaching 380 mm of annual average. That is why it is the only region that has vegetation ; The rest is just deserted . Oasis , trees of acacia , and the flora typical of the Mediterranean, such as olive and citrus are the usual landscape of the capital where there are many birds, camels in the desert gazelles in some areas, snakes. 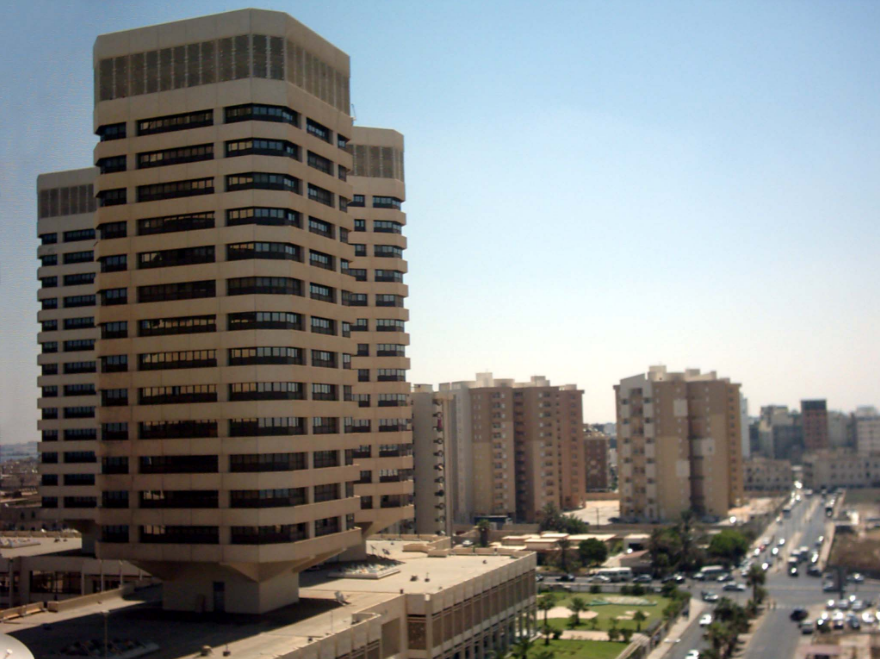 Tripoli, located on the shores of the Mediterranean Sea in north-western Libya , is the current capital of this North African country , as well as its most important city.

Tripoli is located in the coastal area of ​​the country so the atmosphere is generally humid. For this reason, high temperatures and extreme aridity prevail . The climate is Mediterranean, in summer the temperatures touch 30ºC and in winter the 8ºC. The best time to visit the city is between November and March .

Because the city is on the coast of the Mediterranean Sea you can see in its landscapes some vegetation . The area does not have just rivers, only a few streams with little flow supply the city. The oasis , acacia trees and olive trees , typical of the Mediterranean climate are the elements that characterize the coastal region. The rest is desert area.