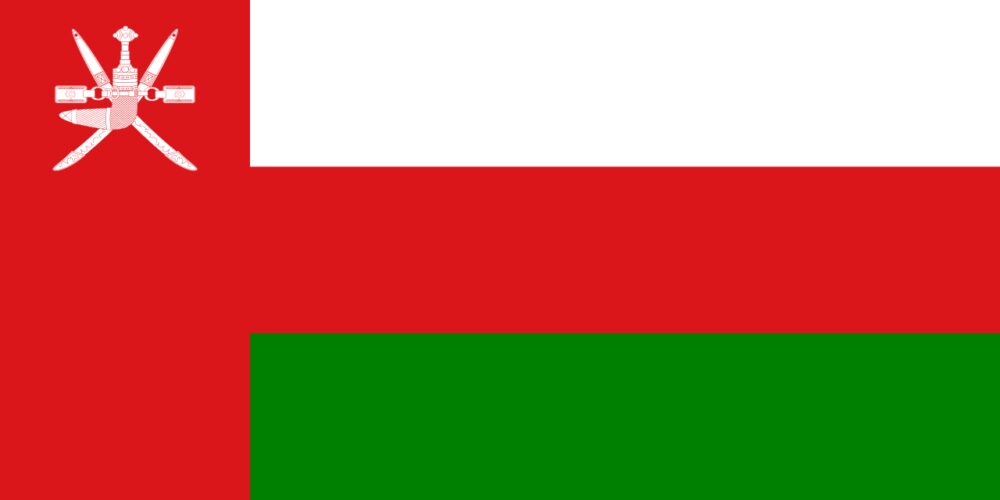 In Arabic, the national flag of Oman is called Alam e Uman.Oman is officially an absolute monarchic state of Arab peninsula, it lies on the southern cost of Arabia. It has borders with UAE, Saudi Arabia, Yemen and maritime boundary with Iran and Pakistan. The sultanate of Oman dates back to centuries. United Kingdon colonized the Sultanate for a short time period. the country’s capital is Muscat and the religion is Islam with 99 percent muslims. The economy of Oman is flourishing with its oil reserves, it is also the 25th largest oil producing nation in the world. apart from exporting oilm Oman exports dates, fish, and other agricultural products worldwide. Tourism also contributes to the economy. It is also one of the best countries to live with better economic growth than all of its neighbors. 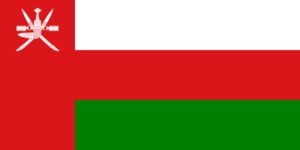 The national flag of Oman was adopted on 25th April 1995, it has a dagger and two swords with three colors in ahorizontal position and a proportion of 1:2 in coloring. Before 1975, there was no official flag of Oman and the rules used plain red color. In 1970, multiple flags were proposed by Sultan of Oman. At thestart, the green and white bands were added with a national badge of Albusaidi Dynasty. The badge consisted two crossed Khanjars i.e. swords and the traditional Arab dagger that was curved.

The meaning of the white color in the national flag of Oman shows the association of Oman people with Imam, the religious leader of the country. The white also depicts peace and prosperity of the nation. The green color is associated with Jabal al Akdar that are the green mountains towards the north of Oman. The red color was adopted from the old traditional Arab flags used by many states of Arab peninsula. 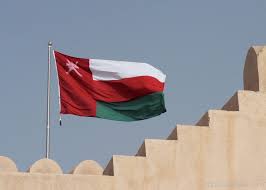 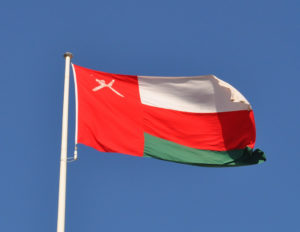