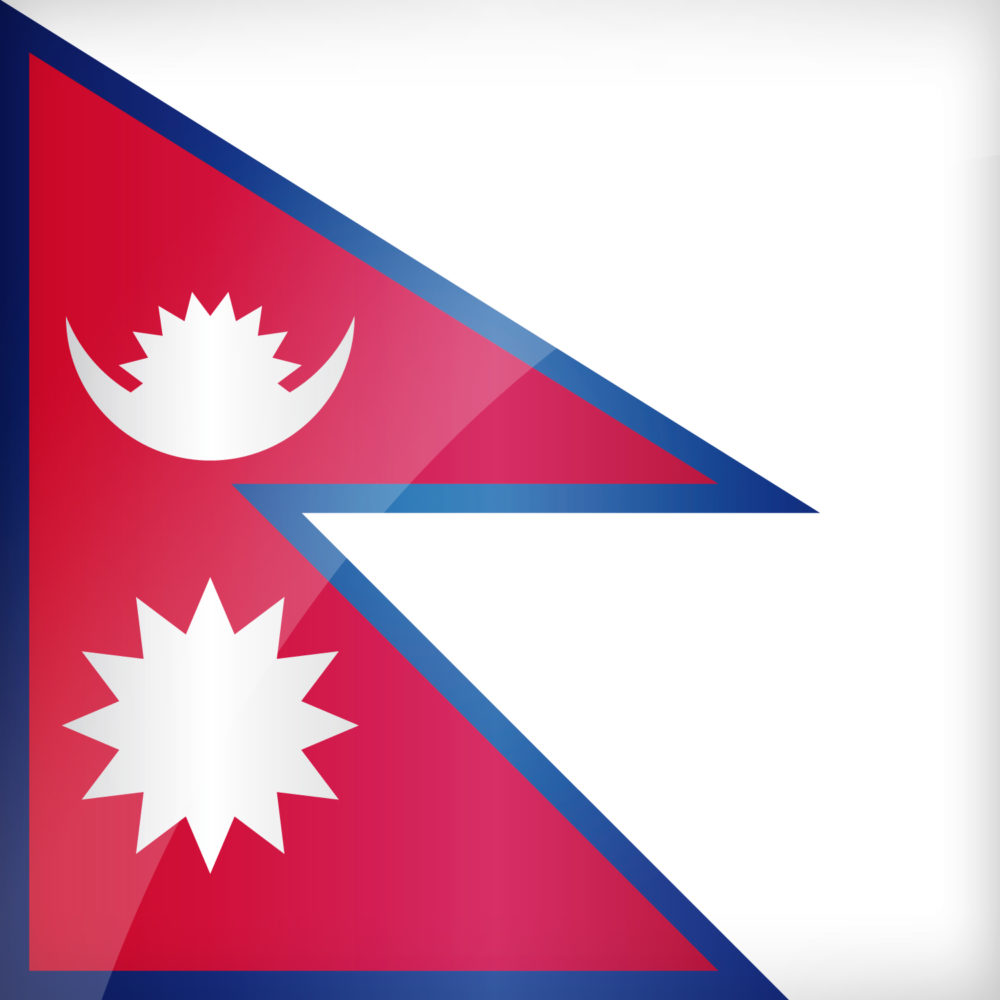 Nepal lies north of the subcontinent; it has a rough geographical location. Technically, Nepal is landlocked and borders India and China. It has a total of 7 provinces. Nepal has World’s largest mountain in the World Mount Everest, and the main source of economy is agriculture and tourism. Nepal dates back to the Buddha Age, it houses Hindu, Muslim, and Buddhist communities as the main religions. The form of government is parliamentary, Nepal recently declared itself a secular republic. The total GDP is $24 Billion with $837 per capita income. 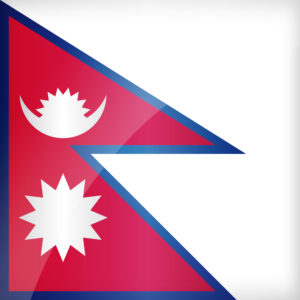 The national flag of Nepal is world’s weirdest flag, it is the only flag with non-quadrilateral ends. Instead, the flag is divided into two single pennons. It was adopted on December 16, 1962, when the new government was formed. Before that, the pennants were still part of the flag for the past two centuries. According to the historians, the present-day flag is a modern version of the traditional flag of Nepal used for about past 2000 years. Before 1962, the national flag of Nepal was slightly different from the preliminaryversion. Still, the borders and colorings remained the same.

The unique flag type has unique meanings, the blue border on the flag represents peace and unification among the people of Nepal. It was a tribute to Prithvi Narayan Shah who gathered all the tribes and unified them laying the foundation of Nepal as a sovereign state. The crimson red background color of the flag shows the braveness and courage of Nepali people. It is also the national color of the country. The two triangles in the flag are the Himalayan Mountains. The moon on top of the flag i.e. on thefirst triangle shows the calm of the people while the sun on the second triangle represents fierce resolve. Moon also represents cool weather while the sun depicts hot weather of Nepal. 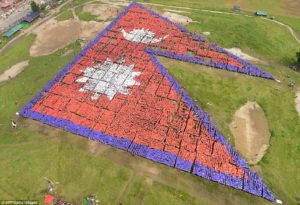 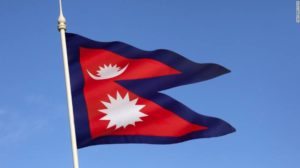