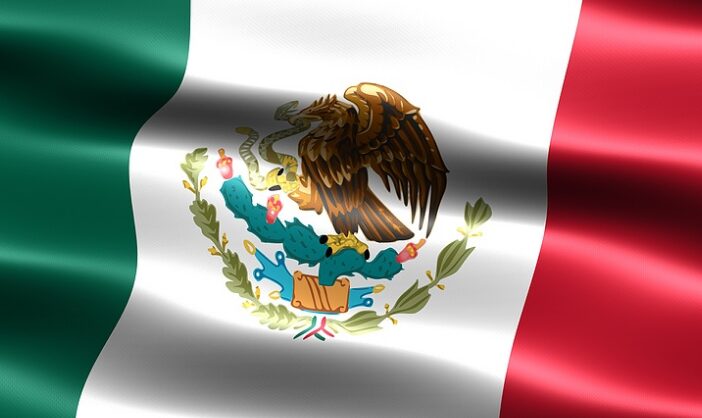 The national flag consists of a rectangle divided into three vertical stripes of identical measurements, with the colors in the following order from the horn: green, white and red. In the white strip and in the center, it has the National Shield, with a diameter of three quarters of the width of said strip. The ratio between the width and length of the flag is four to seven. You can wear a tie or tie of the same colors, at the foot of the moharra. A model of the National Flag, authenticated by the three powers of the Union, will remain deposited in the General Archive of the Nation and another in the National Museum of History.

Do you know about the National Flag of Mauritius?

In the center of Mexico national flag, the white stripe contains a shield; this shield has its origin in the hieroglyph used by the Aztecs to represent the foundation of Tenochtitlan.

The legend tells that the Aztecs (one of the most important indigenous tribes that Mexico had) lived quietly in Atlas, when their main god named Huitzilopochtli spoke with the priests and told them that they had to leave Atlas to look for a new land where they would have riches, Power and where a new people would be born; And that when they found an eagle perched on a cactus devouring a snake they would have reached the promised land; After about 302 years they found the signal and there founded Tenochtitlan and thus, this event is considered like the foundation of Mexico, and by its importance was adopted like symbol of the National Shield.

It is considered to the first proper flag of Mexico that it raised during the Grito de la Independencia Miguel Hidalgo and Costilla in 1810: a pavilion of the image of the Virgin of Guadalupe. By 1813, the insurgent forces designed another National School: a white silk flag, bordered by a border of blue and white squares, at the center of which was mounted an Eagle perched on a Nopal bearing an Imperial Crown. Surrounding the Shield was a Latin legend that read: Oculis, which means “With eyes and nails, just as victorious.” During the First Mexican Empire, it was decreed that the strips of the Labaro Patrio should change positions. In the white strip the solitary Eagle was placed, with the wings open and of front; while the head was shaped in profile, wearing an imperial crown. Later, in 1823, the Constituent Congress decreed that the Shield present in the National Flag would be conformed according to the indigenous tradition, that is to say: the Eagle of profile and inn on a Nopal, devouring the Serpent and without the imperial crown.

The National Shield was initially placed during the Empire of Maximilian, when a flag was adopted that had the eagle placed under the crown of the French empire. Then Porfirio Diaz ordered the eagle to stand in front, with its wings outstretched. The shield would be transformed again by Venustiano Carranza, who arranged that the Eagle be placed of left profile and conserved the characteristics with which the Mexicas had conceived when they founded the Great Tenochtitlan. In addition a tricolor loop was included that means the Patriotic Unit and ties the branches of oak and laurel. In 1821 the National Flag was created and adopted by the Trigarante Army, once proclaimed the Plan of Iguala.

The three colors that were then adopted, and which have come to form the Mexican Flag, meant at that time: green, Independence; White, purity of religion, and red union. The realization of this Flag was entrusted by Vicente Guerrero and Agustin de Iturbide. From the 24 of February of 1937 the day of the Teaching is publicly commemorated before the monument of General Don Vicente Guerrero, who was the first Mexican military that swore before the Flag, in the event known like the hug of Acatempan, of 12 of March 1821. 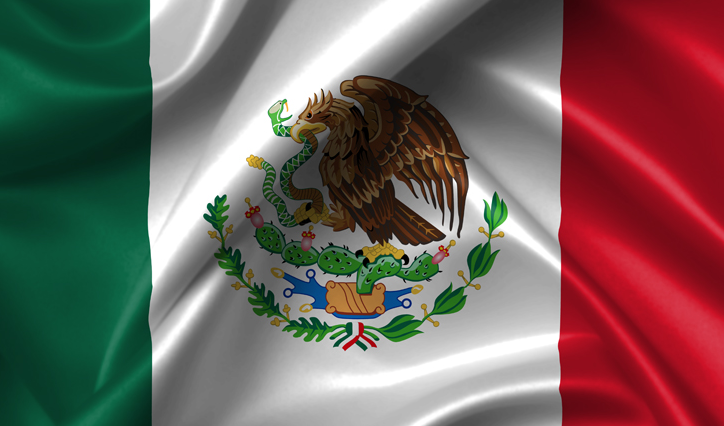 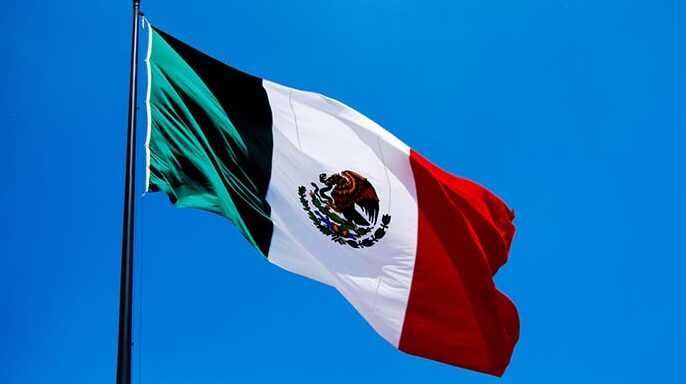