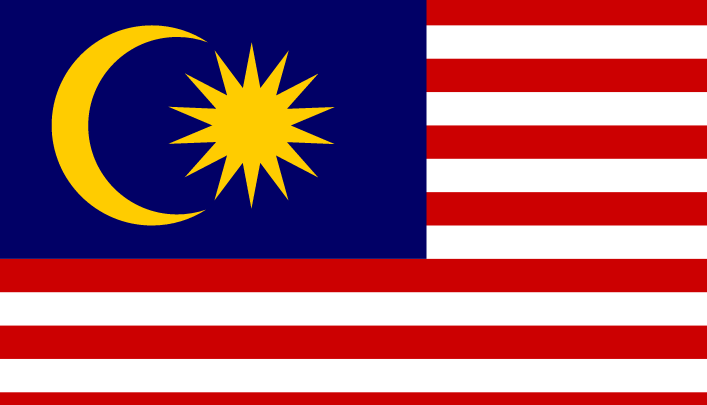 The national flag of Malaysia and adopted in its last design on September 16, 1963. It consists of 14 horizontal red and white stripes of equal width, representing equal membership in the federation of the 13 component states Johor, Kedah, Kelantan, Malacca, Negri Sembilan, Pahang, Pulau Pinang, Perak, Perlis, Sabah, and Sarawak, Selangor and Terengganu and the federal government. The navy blue joint or canton in the upper room next to the mast and extending down to the top of the fifth stripe stands for the Malaysian people’s unit. The union contains a crescent that is the symbol of Islam. The 14 star tips are emblematic of the unity of the 13 states and the federal government.

Colors of national flag of Malaysia are interpreted in different ways. The official symbolism: The national flag of Malaysia was adopted on September 16, 1963; and consists of 14 red and white stripes, a dark blue square in the corner with a crescent and a star. The fourteen red and white stripes represent the thirteen states and the government of Malaysia. The blue color in the corner symbolizes the unity of the people; and the crescent inside the square is a symbol of Islam. Beside the crescent there is also a yellow star with fourteen peaks representing the unity of the thirteen states and the federal government of Malaysia. The yellow color of the crescent is the color of the rulers of Malaysia.

Do you know about the National Flag of Malawi?

Blue refers to the composition of the Commonwealth of British Nations

The white and red are considered traditional colors of the nations of Madagascar of Southeast Asia.

Yellow is the color of the sultans who rule the nine states of the Federation of Malaysia.

The flag of Malaysia is very similar to the flag of the United States. Fourteen stripes of white and red indicate the 13 countries of the federation and one territory of the capital. The official name of the flag from 1997 could be translated as “famous stripes”. 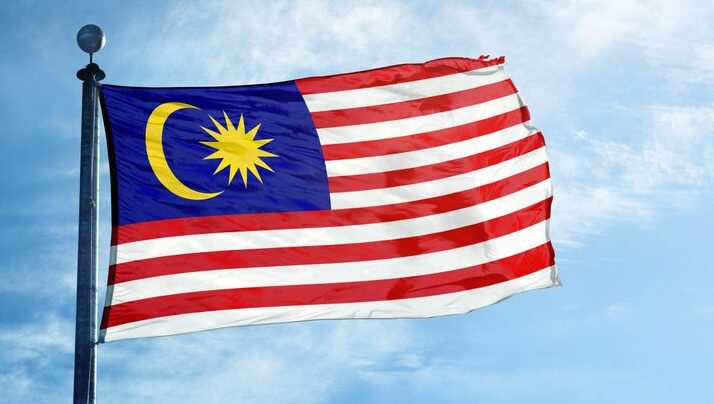 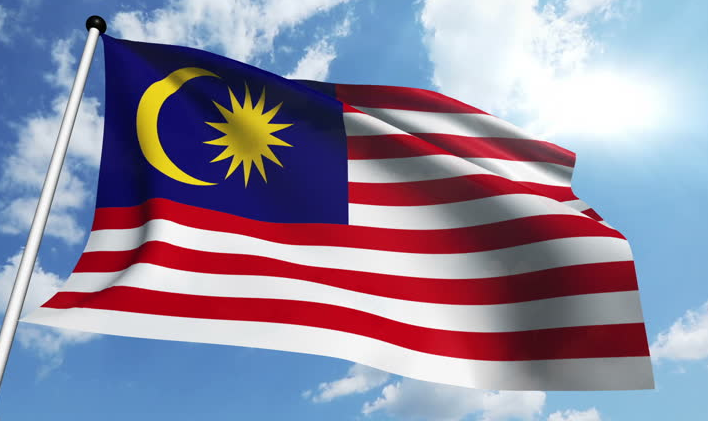