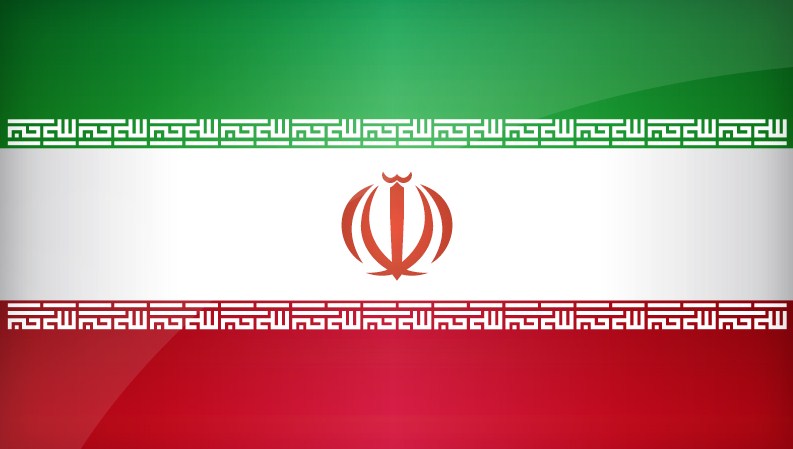 The national flag of Iran is a horizontal band with a 4 to 7 vertical / horizontal proportion. In turn, it is divided into three other horizontal bands of equal size whose colors are top to bottom: green, white and red. In the central white band there is an emblem composed of several Islamic elements: a geometric and symmetrical form of the word Allah superimposed on the phrase (Kalmia-e-Taybbia), forming a monogram in the form of tulip, consisting of four half moons and one Central line, with a Tashdid in its uppermost part. 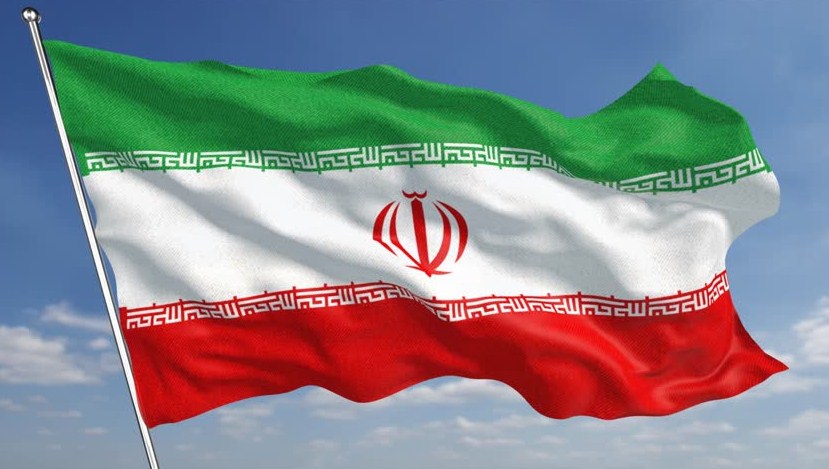 In national flag of Iran, on both interior edges of the green and red colors of the horizontal stripes of the flag, there is written in white with a Kufic script and repeated 11 times, the phrase “Allahu Akbar”, which indicates “God is great.”

National flag of Iran is a tricolor flag composed of three stripes of green, white and red colors.

Taking on colors of the Iranian flag can be attributed diverse meanings:

In national flag of Iran the red symbolizes growth, happiness, unity, nature and vitality. The color white as in many other cultures symbolizes peace, and also in the Iranian culture means chastity, equality, freedom, honesty and power. The red color means courage, fire, life, love, warmth and sophistication.

The tulip-shaped emblem also symbolizes and remembers all those who died for Iran and praises the values ​​of patriotism and sacrifice. There is also the legend that the red tulips grow thanks to the bloodshed by the Iranian martyrs.

Do you know the National Flag of Indonesia ?

The first references to the Iranian flag can be traced back to the time of Mithraism in ancient Persia. The followers of Mithraism believe that Mitra, the son of the sun will rescue humanity and destroy the bull, a symbol of comfort. Hence the lion (symbol of power) and the sun, placed in a way that represents Mithra, have been found in most archaeological remains.

After the period of Islamic conquest of Iran, which led to the prohibition of representing figurative symbols as idols of worship, Mahmoud Gaznavi, head of the Samanida dynasty, reinstated the use of symbolic expressions on the Iranian flag in 976 AD New flag introduced by Mahmoud Gaznavi represented a golden moon on a completely black background. Fifty-five years later, the moon would be replaced by the figure of a lion following the orders of Sultan Masoud Gaznavi. From then on the sun and the lion became figures of the emblem of the Iranian flag until the revolution of 1979.

Nadir Shah, a military genius and founder of the Afsharid dynasty (1730-1805), rescued Iran from being a feudal state to convert it into a unified country. Such a unification required a flag and the national flag was tricolor: green, red and white with the profile of a lion walking next to a rising sun in whose radius appeared the Koranic verse that said “the Earth is Its”.

Nadir Shah’s election of the three colors was at the same time a strong break with tradition and a determinant in the formation of the modern Iranian flag. Since then, these colors have been official on the Iranian flag, both in the royal and national.

Agfa Mohammad Khan, the founding father of the Qajar dynasty (1779-1924), made some changes in both the shape and the color scheme of the flag. For the first time the shape of the flag stopped being triangular to become a rectangular flag. Because of a personal vendetta with Nadir Shah, whom he had fought against, he ordered that the established colors be removed and replaced by a completely red background and a white circle in the middle with the lion and the sun. What was an absolute novelty was the sword placed in the lion’s hand (as I understand it to be the sword of Imam Ali, nephew of the Prophet Muhammad).

Years later, Fath Ali Shah Qajar, designed other two flags destined for warlike and peaceful ends. A fully red flag with a lion sitting and the sun on his sword served as a flag for war; While a green flag with the same figures was used as a flag for peace. Ironically, the lion on the flag of peace was the one holding the sword.

In this same period, another flag was introduced by Amir Kabir , one of the bureaucrats of the great Qajar. The new flag was similar to the diplomatic flag of Fath Ali Shah except for the fact that it was tricolor and, again, rectangular (I could not figure out when it was again triangular). The Amir Kabir flag contained a green stripe on the top of the white flag and a red stripe on the bottom. However, in this case, Fath Ali Shah asked that the Amir Kabir flag not carry the image of the crown that appeared in the rest of state flags at that time .

The tricolor flag of Amir Kabir ended up becoming the standard while the flags of Fath Ali Shah were gradually falling into disuse.