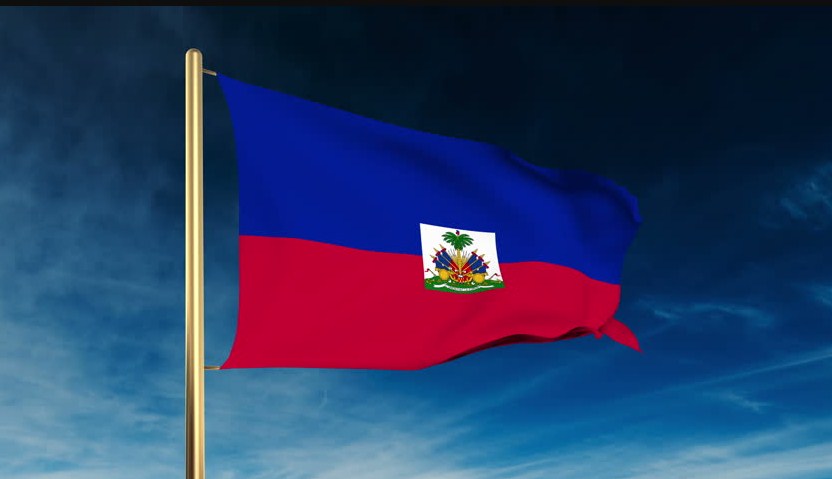 The national Flag of Haiti is one of the nation’s national symbols; it is made up of red and blue colors each with a particular meaning. The national  flag of Haiti is confirmed by two horizontal stripes, one blue that is located in the part superior and one red in the inferior part. At the center of its structure is the national shield on a white square, the shield is formed by a central oil palm and a frigid cap on the top with the colors of the flag, on both sides of the palm are three Rifles and three flags.

National Flag of Haiti The base of the drawing is confirmed by other elements like a drum, cannonballs, axes, broken chains, trumpets, helmets, pennants and anchors. The motto of the flag that is appraised in the center carries a script that says: “faith of force”.

The national flag was created during the rebellion that was carried out against the French. It is said that their design is due to the fact that they took the French flag and took away the white color of the center as a way of saying that the white soldiers had been defeated and expelled.

After going through several modifications, between colors, because during a period maintained the colors black and red and position of the stripes, the current design was adopted in 1986.

The colors of the Haitian flag are a reflection of its situation as a colony of France: red and blue are the same as the French flag. It is said that the revolutionary Jean-Jacques Dessalines created the flag from the French flag, eliminating the white center and rotating the fringes.

The colors blue and red were maintained to represent the Haitians, but not the white, which was eliminated as a symbol of the dispossession of any white influence. The blue represents the old slaves and the red represents the mulatto population. 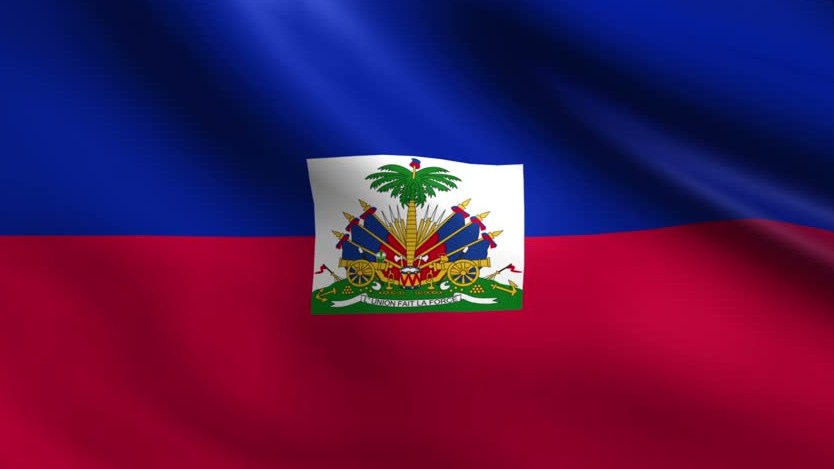