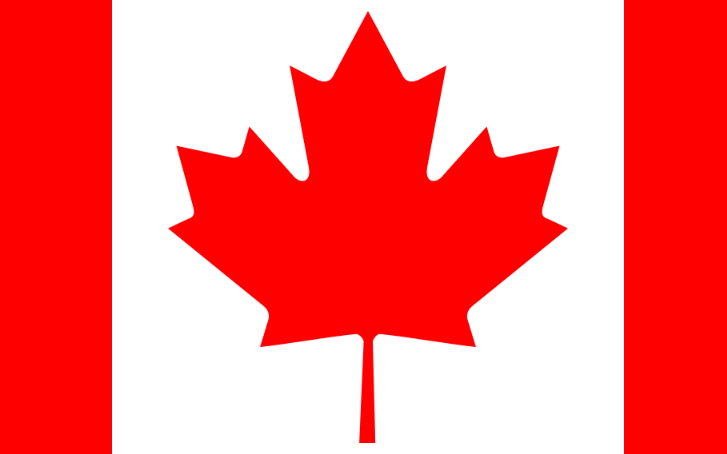 National flag of Canada is a red flag with a white square in its center, inside which is a stylized red maple leaf with 11 points.

The function of a national flag of Canada is to convey a message. A national flag sends a message of nationality. Therefore, the flag is one of the most important graphic symbols.

After almost a Century Confederation, the Canadians did not have a flag. Although there were several government flags representing Canada as a state, there was no formal flag representing the Canadians; That is to say, that it represented a Nation.

This omission was not the result of indifference on the part of the Canadians towards the possession of a flag, on the contrary. It was the result of a desire for symbols that identified them as Canadians. The problem in choosing the national flag of Canada was the inability of the agreements to establish a common symbolic identity.

While the beaver was a preeminent symbol during the eighteenth century, its symbolic value along with its economic value, collapsed in the nineteenth century. Not only was the fur trade relocated in Montreal after the Northwest amalgamation and the Hudson Bay Companies, but also the trade in beaver skin was displaced with the arrival of silk. This gave rise to the maple leaf remain the preeminent symbol in Canada.

In 1836, Etienne Parent added maple leaves to the headline of his newspaper which assured something that was already obvious to almost everyone: that it was the maple leaf that would remain as the emblem of Canada. Thus, it began to appear on non-formal flags in Canada.

After the Confederation, the country obtained its first official and distinctive flag: the General Government Flag adopted in 1870, which had at the center a sort of set of maple leaves. Eventually, just before its centenary, the country obtained its official and exclusive flag: the National Flag, lifted in 1965, with only a maple leaf to the center.

However, this took several years of agreements and decisions, as well as consensus between the population and the government. These controversies are rooted in two separate dichotomies: one internal and one external. The internal dichotomy lay in the ambiguous loyalty by which the Canadians divided the nation and the empire. The external dichotomy lay in the use of flags in England and the United States.

In general terms, this is how the symbology for a flag arises, based on the wealth of natural resources and trade in the beginning, that is, something that would identify the Canadian people a little more.

The length of this flag is twice the width. The white field is a Canadian rectangle (a central rectangle or rectangle on a flag with three vertical bands, which is named precisely from this flag), and each red field at the sides measures exactly half of the central frame. In the center of the white box is a red maple leaf. In heraldry, the flag has been emblazoned as “of gules in a Canadian rectangle in argen to the maple leaf of the first”.

Do you know about the National Flag of Cameroon?

The maple leaf has served as a symbol that celebrates the nature and the environment of what is Canada since the 1700s. The number of leaf tips has no meaning; do not represent, for example, the ten provinces plus a tip for the territories, as does the star of the Commonwealth of Australia. The number and arrangement of the maple leaf tips were chosen after a wind tunnel test showed that the current design was the least blurry of all designs tested with high winds. The image of the maple leaf used on the flag was designed by Jacques Saint-Cyr. In 1921, King George V proclaimed that the official colors of Canada would be the red, cross of Saint George, and white, of the French royal emblem used since the reign of Charles VII. 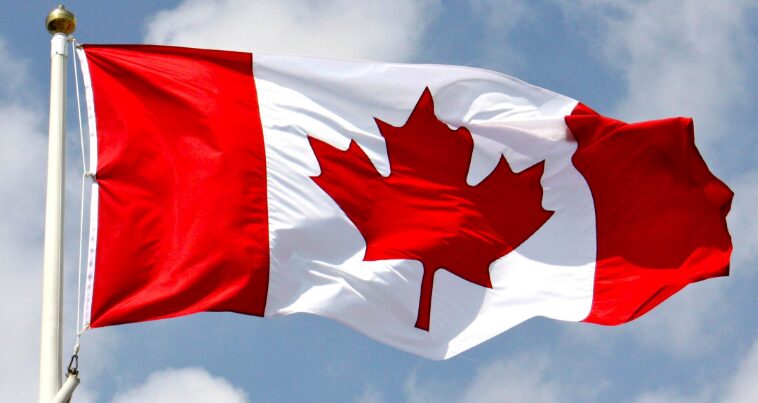 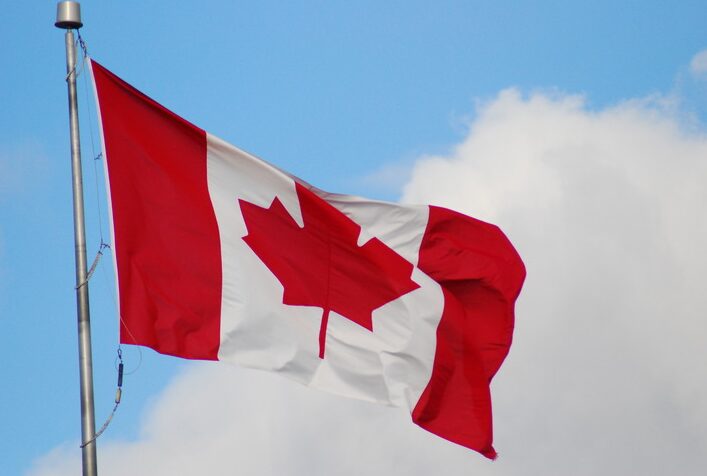