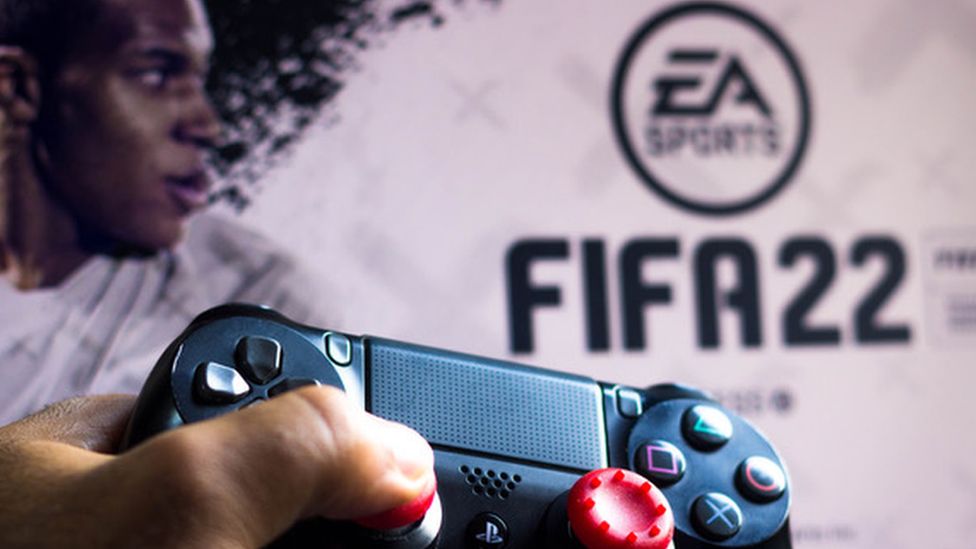 With the end of the different regional seasons all over the world, everything and everyone was ready for the most anticipated three FIFA tournaments, held in July and August of this year. We are talking about the FIFAe Nations Cup, FIFAe World Cup, and FIFAe Club World Cup.

After several weeks of back-and-forth action at the highest level, we already know the three names who have been added to the elite list of the World Champions. Speaking of which, the Brazilian team, the Spanish Movistar Riders, and the German Umut Gültekin did their best performance. Here you can get a journey and highlights of all these winners.

All clubs will appear in FIFA 22 with their real names, familiar logos and club colors. But they will be filled with generated players who do not exist in real football.

As such, young talent from Santos or Flamengo cannot be added to their Ultimate Team or bought in the Manager Career Mode. It’s a little sad: gamers have lost the chance to test both veterans like the Hulk and Dani Alves, and young stars who will shine in Europe in a year or two. The last week of July presented the FIFAe Nations Cup 2023 event, in which 24 nations compete against each other (in the 2vs2 mode) for the prize of $400,000. As a result, the Brazilian national team was the only one that finished this event undefeated. Let’s go through all the important aspects of this team.

The Brazil Journey to the Victory

The Brazilians have had a first phase with ups and downs finishing in the third position of the Group Stage with 15 goals scored. But their performance improved widely in the Upper bracket of the Knockouts after defeating Spain 2-1 in the round of sixteen and France in the Quarterfinals. With these decisive results, the Brazilians managed to get among the top four teams of the tournament.

In the Semifinals, Rodrigo Marque and Diogo Pombo defeated Italy with 4-5 on the scoreboard. On the next day, they won the cup after beating Poland 2-1 in the Grand Final of the FIFAe Nations Cup 2023.

As standard, Poles started the match in the duo of Damie and Furman, while Brazil was represented by Paulo “PHzin” Henrique Chaves and Gabriel “Crepaldi” Crepaldi. However, as is often the case during the final clashes, both teams chose a rather conservative approach. In the FIFAe Club World Cup, the best 32 players qualified from the Global Series compete against each other until deciding the winner, who takes home the prize of $250,000. As for 2023, the three Spanish prospects, including AndoniiPM, Tuga, and Sergio Espier, have made history by winning the FIFA eClub World Cup.

July 2023 turned out to be iconic for Movistar Riders. At the beginning of the month, the Madrid-based organization stood out for the best cover.gg results after winning the ESL Challenger at DreamHack Valencia and reaching the semifinals of the IEM in Cologne. And during the last week of July, MRS replicated the success of Valve’s shooter in FIFA by dominating the FIFA eClub World Cup.

Movistar Riders as the Dominant Force of the Championship

The Spaniards passed the Groups leading their place with a total of 25 goals scored. Already in the Playoff Stage, MRS did not slow down, although that did not mean not suffering. They defeated Dire Wolves with a clean 2-0 in the round of 16 but won with a tight 2-3 against Excel Esports in the Quarterfinals.

The Madrid organization faced MGCF eSports in the Semifinals of the contest and managed to demonstrate the best result in the history of the Spanish club with a 2-0 victory. After this, nothing could stop the riders.

The Grand Final against Team SAF was equalized from start to finish, but it was resilience that caused the Spanish players to be crowned world champions with a tight 2-1 on the scoreboard. The conclusion of the third pinnacle event presented by EA Sports was no less exciting than the previous two ones. Umut Gültekin, a German who represents RBLZ Gaming in FIFA, defeated Nicolas “nicolas99fc” Villalba of Guild Esports in the Grand Final of the FIFAe World Cup 2023 and kept the prize of $250,000.

Umut has managed to conquer the Copenhagen contest and beat his compatriot, Mohammed “MoAuba” Harkous, who was a 2019 FIFA World Champion.

The Way of Umut to Lead the Tournament

Umut Gültekin has made his journey through the Upper Bracket of the tournament beating great candidates for the title such as the Brazilian Gabriel Freitas from the SPQR team. Before facing the Argentinian finalist, the RBLZ Gaming player defeated Emre Yilmaz 4-1 in the Semifinals of the contest.

On the other hand, Nicolas Villalba has also made his way to the precious Copenhagen trophy by the Upper Bracket. The Guild Esports player has defeated Minnesota United (Lamps), Team Gullit (Bachoore), and Exeed Esports (Obrun2002) to reach the Grand Final of the FIFAe World Cup 2023.

The grand finalists showed a plaque with the scorers of the contest and with 27 goals Umut Gültekin led the World Cup in the statistics well ahead of second place with 23. Without further ado, we leave you as the Grand Final of the tournament took place, where Umut had an advantage over the Guild Esports player.

The Grand Final of the Contest

However, Umut Gültekin found the spaces and went on to win the final with a little more than 30 minutes left before the end of the match. After betting on an offensive strategy, the Guild Esports’ defense was a little damaged, and a final counterattack goal arrived for Umut, who sentenced the match 1-0.