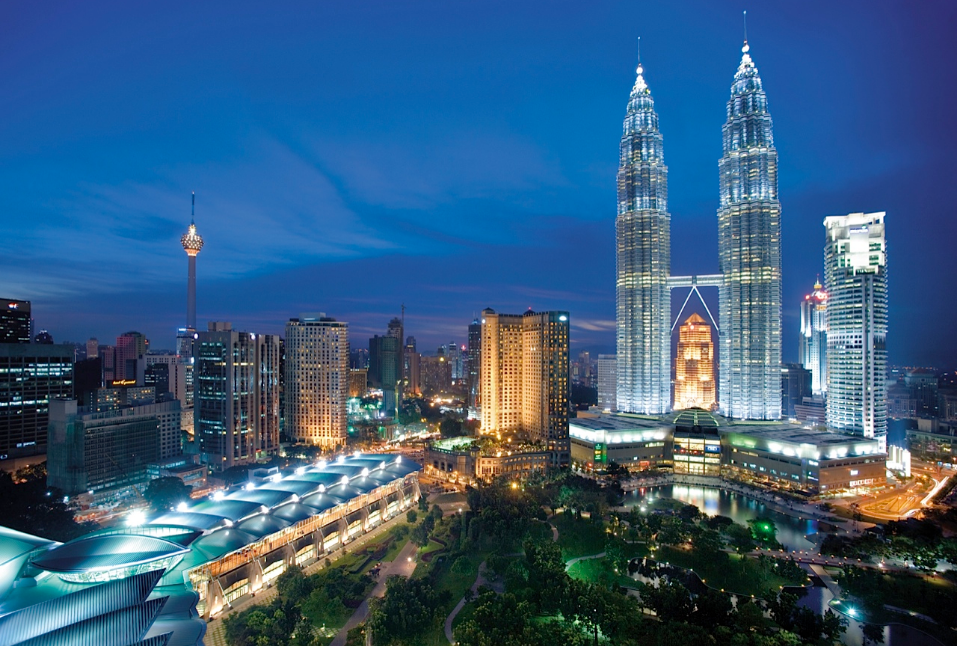 The capital of Malaysia , Kuala Lumpur , is a modern city of skyscrapers and green areas in which a great mixture of cultures coexist perfectly: mainly Malays, Chinese and Indians.

Kuala Lumpur may not be the most vibrant and exciting city in Asia but it has enough attractions to spend at least a couple or three days in it. It is also, with permission from Singapore, one of the most developed cities in Southeast Asia . I have already been a couple of times (the last 2 days ago) and I like it.

Internationally known for the Formula 1 circuit of Sepang , a few km from the city, and the magnificent Petronas Towers , which were the highest in the world from 1998 to 2004. 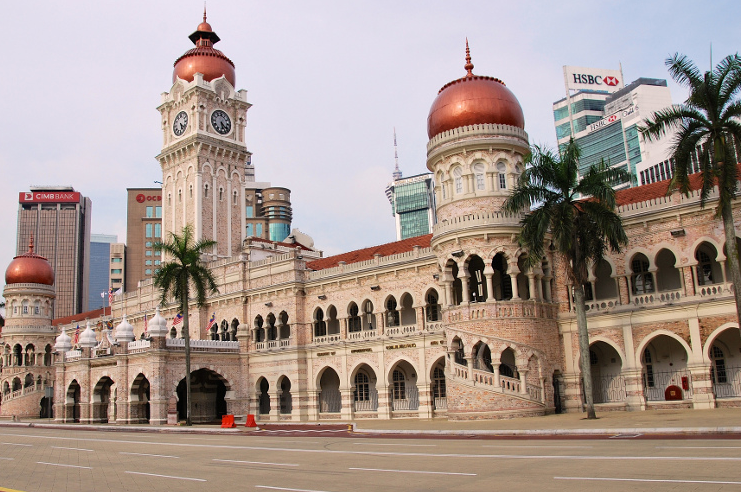 Visit the Petronas Towers
The Petronas Towers (452 meters and 88 floors) were the highest in the world for 6 years until the building of Taiwan, Taipei 101 , surpassed them in 2004. Nowadays they remain one of the icons of Malaysia and the seat of the Petronas oil company , among others ( Microsoft Malaysia is also there).

They were designed by the Argentine architect César Pelli and built by a Japanese company ( Hazama Corporation ) and a Korean company ( Samsung Engineering & Construction ). They say that the two companies, being from historically rival countries, had a great competition to see which of them ended before. The Korean won.

It is possible to climb the bridge that joins them to 170 meters of height ( Skybridge ), although there is a limitation of 1000 people per day, so you will have to get up early if you want to climb.

Do You Want To Know About City Capital Of Madagascar?

Disconnect from the city at Kl Lake Gardens:
The Lake Garden of Kuala Lumpur is, since 1888, a huge park in the heart of the city. In these gardens are several important tourist attractions such as Birds Park , Taman Rama Rama (Butterfly Park), National Planetarium or National Museum.

See fakes in Chinatown:
The tourist heart of Chinatown is Petaling Street , a kind of Khao San Road in Malay version. In addition to several restaurants and Chinese tea shops, in this street you will find a bazaar in which basically sell fake products: poles, watches, handbags, etc (open from morning to night).

Discover Malaysian food: from street or restaurant:
If you like Asian food, Kuala Lumpur is your paradise. This city, made up of 44% of Malays, 41% of Chinese and 10% of Indians, brings together the best cuisine of each Asian country. If you are looking for a restaurant with authentic Malay cuisine, I recommend the Enak Restaurant located on the ground floor of a shopping mall in the Bukit Bintang area . If you prefer something cheaper, Jalan Alor Street (also in the Bukit Bintang area ) you will find a lot of excellent food at very low prices (it is the street of the next photo).

Smell and feel India in Little India:
If you are one of those who fell in love with India on some trip, you can not miss the area of Little India ( Brickfields ), where there is a street full of restaurants and Indian shops. It smells of India everywhere!

Shopping in the Central Market:
The Central Market in Kuala Lumpur dates back to 1883 but has been restored several times, the last one in 1986. It is a craft and souvenir market for tourists that has 228 shops and several cafes and restaurants. Here you will find the souvenir or gift for the family before flying back home.

Take a stroll through the Bukit Bintang shopping area at night:
Bukit Bintang is the commercial and modern area of ​​Kuala Lumpur. This is where people walk and go shopping in one of the several shopping centers in the area. The most important brands are all here. There are also quite a few restaurants and some pubs. Ideal to go out for dinner and have a drink.

Know any mosque, Hindu temple or Chinese temple:
46% of the inhabitants of this city are considered Muslim, 35% Buddhist, 8.5 Hindus, and 6% Christians. So in Kuala Lumpur you can easily choose between visiting mosques, Buddhist and Taoist temples, Hindu temple or churches.

The most important mosques are Masjid Jamek (pictured) and Masjid Negara , known as the National Mosque (one of the largest temples in Southeast Asia).

Escape to one of the fantastic islands of Malaysia:
They are a bit far but the ride is well worth it. About 8 hours by bus from Kuala Lumpur you will arrive at Kuala Besut and, from there, you can take a boat to the magnificent Perhentian Islands . One of the best areas in the world for scuba diving thanks to the abundant coral found in it. The beaches of these islands are truly paradisiacal.