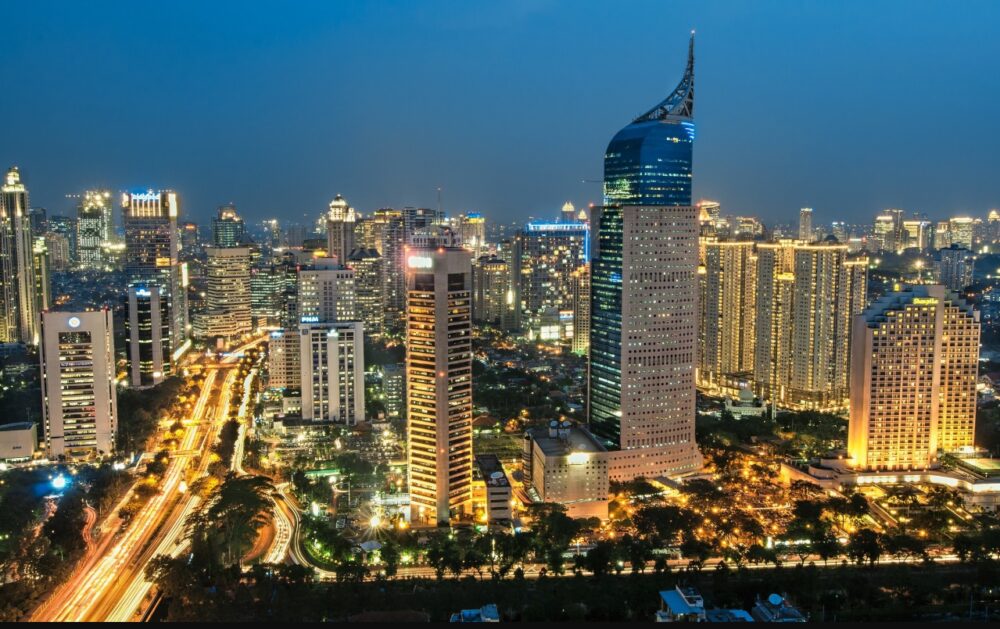 Jakarta (Indonesian language Jakarta). Political, industrial and financial center of Indonesia. Considered the capital and most populated city and the eleventh most populous city on the planet and its metropolitan area is known as Jabodetabek. Bahasa Indonesia is the official language. People are predominantly Muslim; minority religious groups are Christian, Hindu and Buddhist.

Jakarta is located on the island of Java. The city is based on the level of the sea, which favors the formation of the habitual floods. The southern part of the city is more mountainous. Jakarta borders geographically with Java province Barat to the east and with Banten to the west. Indonesia is an archipelago of 17 000 islands with an area of ​​about 1.92 million square kilometers.

The Thousand Islands (Kepulauan Seribu in Indonesian and Thousand Islands in English), which are a part of Jakarta’s administrative region, are located in Jakarta Bay. The 105 islands that form them extend along 45 km to the north of the city, although the nearest island is only a few kilometers of mainland.

There are approximately 13 rivers flowing through Jakarta, mostly from the mountainous parts of the south of the city to the north and the sea of ​​Java. The most important river is the Ciliwung, which divides the city into two zones: east and west.

Its climate is equatorial. Although Indonesia is hot and humid throughout the year, the official rainy season runs from October to August and is characterized by heavy rainstorms. The city has high humidity levels and the daily temperature ranges from 25 ° C to 38 ° C in the lowlands. Higher altitudes enjoy colder conditions because it is located in the western part of Indonesia; its rainy season is January with a mean monthly rainfall of 350 mm, while its driest season is August, with an average of 60 mm.

Do you know about the capital city of India?

In an area of ​​650 km² a population of 8.49 million people is concentrated, adding up to 18.6 million in its metropolitan area.

It maintains good economic development through its main connection links with the exterior of Soekarno-Hatta International Airport and the Tantung Priok seaport.

Under the government of Sutiyoso, since 2004, the city has launched a new bus system called TransJakarta and in 2007 saw its monorail abandoned.

In Jakarta is the Indonesian Stock Exchange, the Bank of Indonesia and the Monumen Nasional or Tugu Monas, the tower that symbolizes the independence of Indonesia.

In its beginnings in century XV was Jakarta a small port next to a mount next to the Ciliwung River. Considered at that time as the largest port of the Hindu kingdom of Sonda. It then received the name Kalapa.

In 1513 the first European fleet arrived, with four Portuguese ships coming from Malacca, who were looking for a route for spices and, in particular, pepper.

Power of the Demak Sultanate of central Java. The city was attacked by a young warrior named Fatahillah leader of a neighboring kingdom, after which the 22 of June of 1527 changed the name Kalapa by Jayakarta.

At the end of the 16th century the Dutch arrived in Jayakarta and in 1619 the Dutch East India Company forces led by Jan Pieterszoon Co conquered the city they renamed Batavia.

When commercial opportunities developed, Indonesia was attracted, above all, to Chinese immigrants. Tensions grew as the colonial government attempted to restrict Chinese migration through deportations. The 9 of October of 1740, 5,000 Chinese were massacred and the following year, Chinese inhabitants were moved to Glodok were outside the city walls. In 1818 the Koningsplein was completed, now Merdeka Square, and Kebayoran Baru which was the last Dutch residential area built. 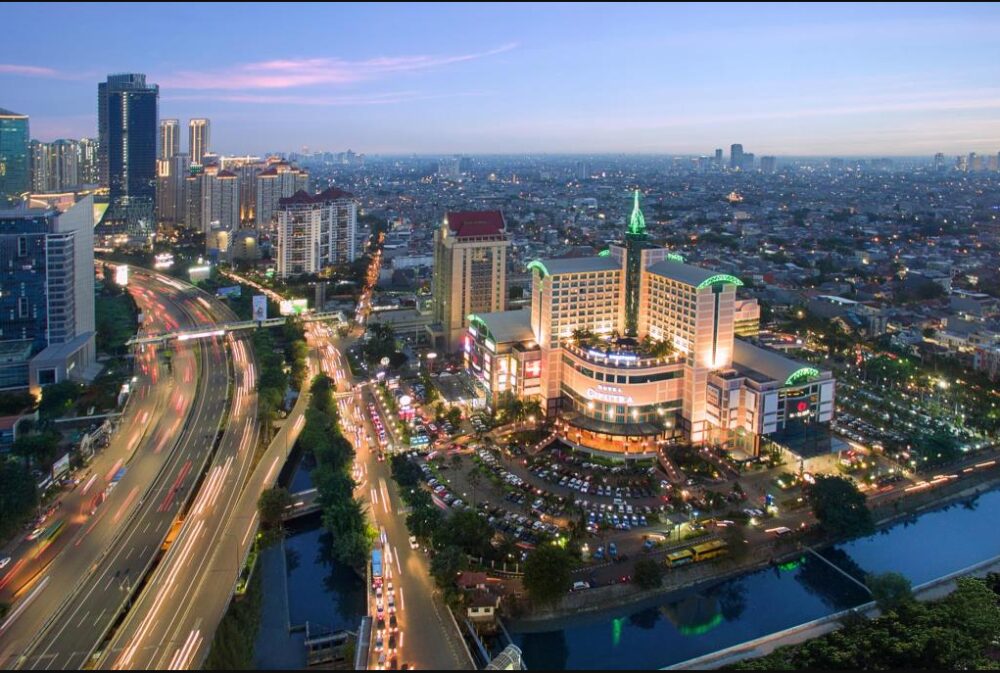 In 1942 the Japanese occupied it, calling it with the present name. After the occupation the already inhabited groups mobilized ideologically, that is how they established their first republican government in 1950 with capital in Jakarta. [The president of the Indonesian foundation, Sukarno, envisaged Jakarta as a major international city. That is why it instigated large government-funded projects. The projects included in Jakarta a trefoil freeway, a large boulevard (Jalan Sudirman), monuments such as the Monumen Nasional, major hotels, and a new parliament building.

It obtained a condition approximately equivalent to that of a state or province in the year 1966, when being declared a capital district (Daerah khusus ibukota.

Lieutenant General Ali Sadikin served as governor from that time until 1977; Rehabilitated roads and bridges, encouraged the arts, built several hospitals, and a large number of new schools. It also authorized slum dwellers for new development projects and tried to eliminate the ban on rickshaws and street vendors. It also began to control migration to the city in order to curb overcrowding and poverty. The redistribution of land and foreign investment contributed to a real estate boom that changed the face of the city.

Jakarta is not a city but a province with the special capital status of Indonesia. Its administration is like that of any other Indonesian city. For example: Jakarta has a governor (instead of a mayor), and is divided into several regions with its own administrative systems. Jakarta as a province is divided into five cities (kola), formerly municipalities, each headed by a mayor, and a regency (kabupaten) run by a regent. In August 2007, Jakarta held its first elections to elect a governor, who were won by Fauzi Bowo. The governors of the city are previously elected by the local parliaments. This is part of the Indonesian government’s push for the decentralization of politics,

As the political and economic capital of Indonesia, Jakarta is a cosmopolitan city with a diverse culture that attracts many foreign and domestic tourists.

This is why many of the city’s immigrants come from different parts of the island of Java, bringing with them a mixture of dialects of the Javanese and Sondanean languages, as well as their own typical foods and products. It is a lively urban metropolis, known for its overcrowding, traffic saturation and income disparity.

The betawi (Orang Betawi or people of Batavia) is a term used to describe descendants of the population living around Batavia and recognized as a tribe from the 18th-19th century. The Betawi are the majority descendants of South Asian ethnic groups attracted to Batavia for labor needs and include people from various parts of Indonesia. The language and culture of these immigrants are different from the Sondanese or Javanese. The language is more based on adialect of the Malays of the east and enriched by loans of words of the Javanese, Chinese Mandarin and Arabic. Nowadays, the dialects of Jakarta used by the population in the city are loosely based on the language betawi. 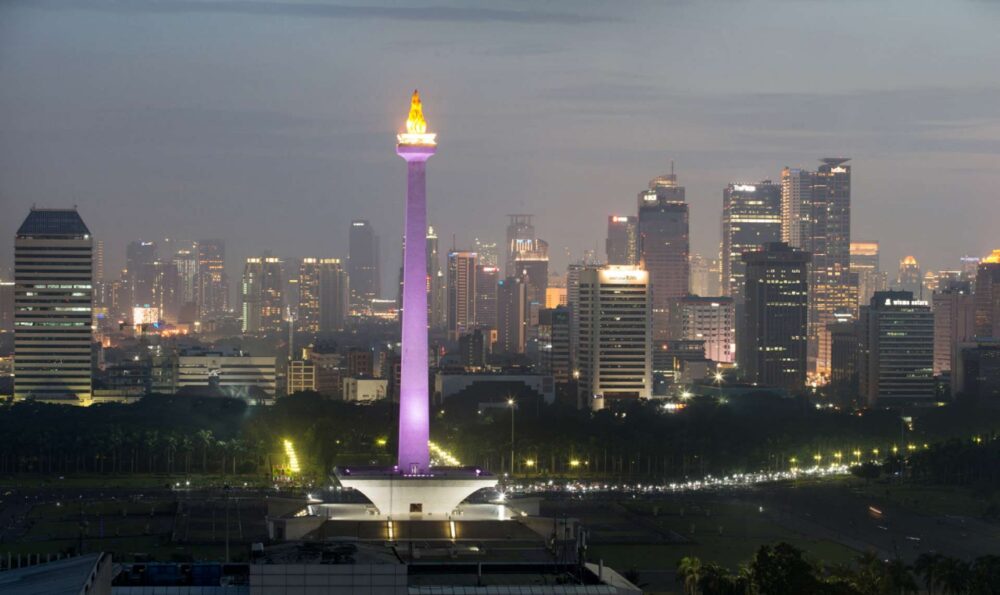 There is also a remarkable Chinese community in Jakarta that takes several centuries. Officially they represent 6% of the population of Jakarta, although it is possible that that estimate is somewhat low.

Jakarta has several centers of performances like the Senayan. Traditional music is often found in luxury hotels, including gamelan and wayang (Indonesian and Malaysian word for theater). As the most populous city and capital of the country, Jakarta is continuously receiving talents in search of a greater audience and chances of success.

Betawi arts are rarely found in the city because of their low profile and most of them moved to the borders of Jakarta. It is easier to find Javanese or minang bridal ceremonies than betawi, just as Javanese gamelan predominates than gamelan kromong (mix between betawi and Chinese music), tranjidor (mixture between betawi and Portuguese music) or marawis (a mixture of betawi and Yamani music). However, some festivals such as the Jalan Jaksa Festival or the Kemang Festival try to preserve the betawi art by targeting the most representative artists of the betawi culture.