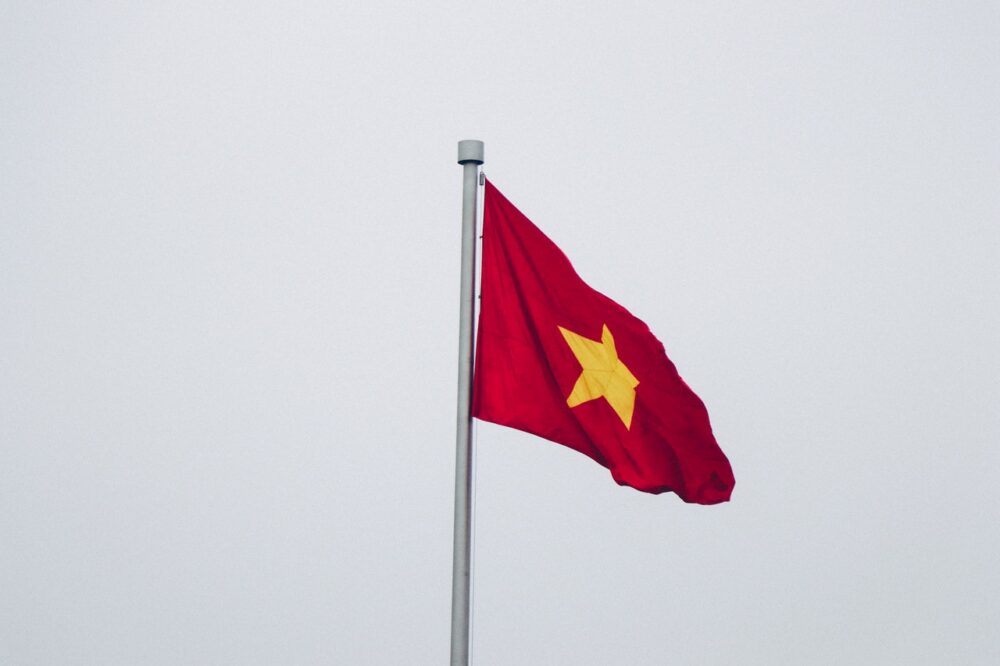 Vietnam is known for many things. Historians will tell you of the resilient people that live there while others will point to the uniqueness of the Vietnamese flag.

It is this flag that symbolizes the history, culture, and struggles of the Vietnamese people. And that’s precisely why you’re here to learn more about interesting facts surrounding this unique emblem.

So without wasting too much of your time, let’s just straight in.

1.  The Flag Symbolizes An Independent Vietnam 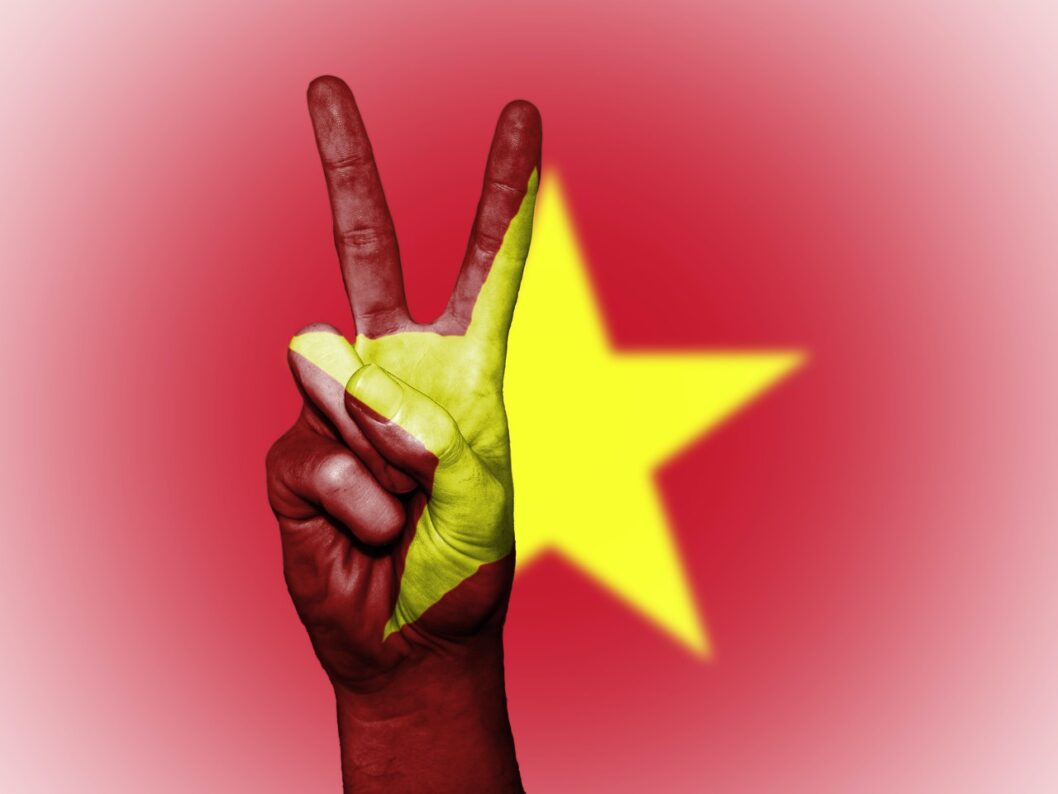 If you have any historical knowledge of the country, then you are probably aware that Vietnam is considered quite a young country. This is because, throughout its history, Vietnam has been under the occupation of the Chinese and French. And it was the French that was going to be the last nation to occupy the country.

The jack was firstly introduced in 1940 (we will get onto that later) and it represents the struggle that the people had to go through to get their independence. But 1941 wasn’t the year that the country got its independence. This made the Vietnamese people love their flag even more.

The country officially gained independence in 1976 after both South and North Vietnam were unified under a single Vietnam. With this unification came the current rendition of the banner.

2.  The Flag Is Part Of A Huge Group Of Flags That Have a Star Symbol

The widely-known star doesn’t make the banner unique. What makes it unique is the symbol that it represents. But judging by its looks, there isn’t much to it. While many do agree that the flag looks awesome with its red background and gold star in the middle, the fact that there are 59 other countries with stars on their national standards takes away from that uniqueness.

But unlike many others, the star on the Vietnamese flag represents other things. The first thing that comes to mind is communism. While that isn’t true, as Vietnam isn’t considered a communist country, the vast majority of nations with stars on their standards have had a communist history before.

And so was the case with Vietnam.

3.  The Flag Went Through A Couple Of Changes 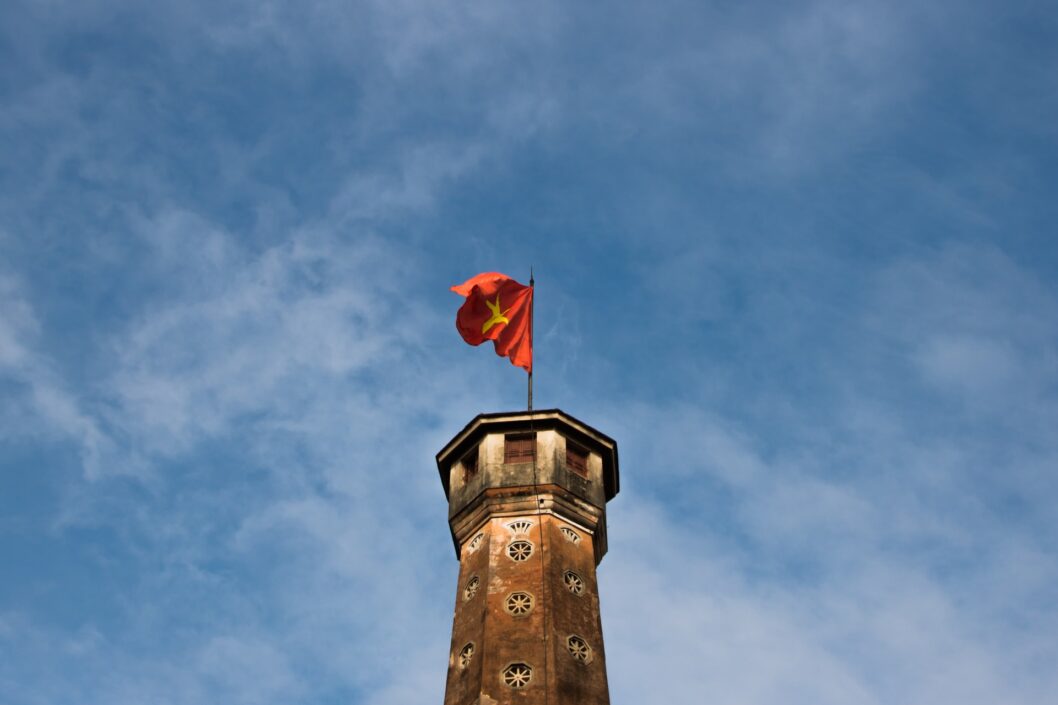 We mentioned that the first time the banner appeared was in 1940. During the following year, the banner made an appearance during a conference by party leader Ho Chi Minh.

This was a historic event that triggered the battle for Vietnamese independence against the French. It wasn’t until 1945 and the end of WW2 that the flag became official in the Northern parts of the country. This was North Vietnam or the Democratic Republic of Vietnam.

The first edition of the flag had a much bigger star in the center. In 1955, the star was made somewhat smaller and with straighter edges.

After the end of the war in Vietnam, the red color slightly changed and Vietnam finally got its independence. This is the version of the 1banner used until this day.

If you’re interested in learning the mean of the Vietnam flag ever since then make sure to visit https://exploreonevietnam.com/vietnam-flag/.

4.  The North and South Had Different Flags

Most of you by now know what the Vietnamese flag looks like. But the country was divided into South and North up until its unification in 1975.

While we already touched on the Northern side, what about the Southern? South Vietnam remained under French occupation and had something very different to offer in terms of its standard. The background of the South Vietnamese flag is a bright yellow color with three straight parallel lines going through the middle. The lines were red and much thinner than you’d normally expect.

Due to its ideological differences, the South was recognized by the majority of the Western world, while the North struggled to gain complete independence.

As we mentioned earlier, after the Vietnamese war, the United States and its allies lost the war and the South and North became a single country with both adopting the North’s version of the banner.

5.  There Is A Flag Raising Ceremony Each Day 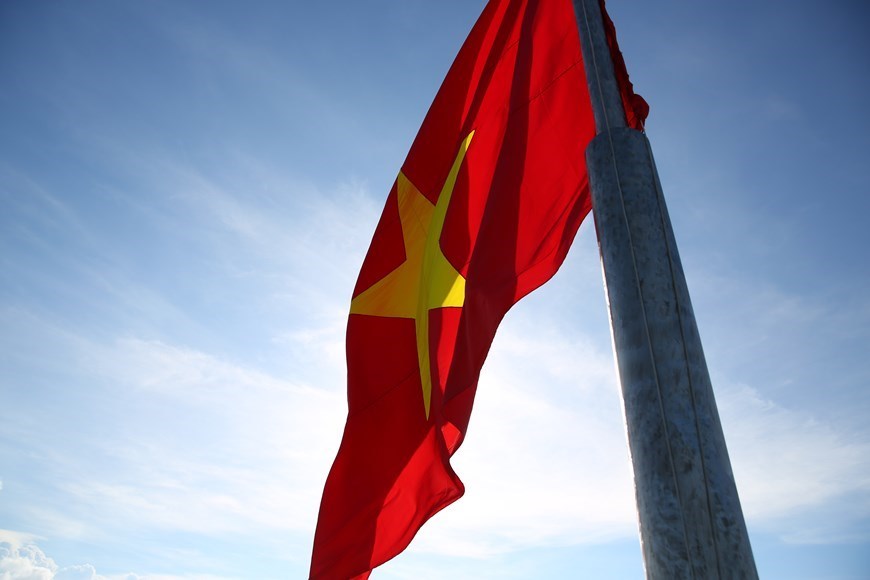 The capital of the country, Hanoi, holds a flag-raising tradition each day. Hanoi is a popular tourist destination with millions of tourists visiting the many tourist attractions each day. And many of these tourists make sure to witness the ceremony.

If you want to witness the ceremony yourself, then you can do so every day at 6 AM and 9 PM. The ceremony is held at Ba Dinh Square in Hanoi and performed by 34 soldiers. In addition, an orchestra performs the national anthem while the soldiers dressed in white raise the banner. This square is a popular gathering place for the locals and there is also a nearby park that you can visit. Anyone can witness the ceremony.

6.  The Flag Can Be Seen Many On Many Tourist Attractions 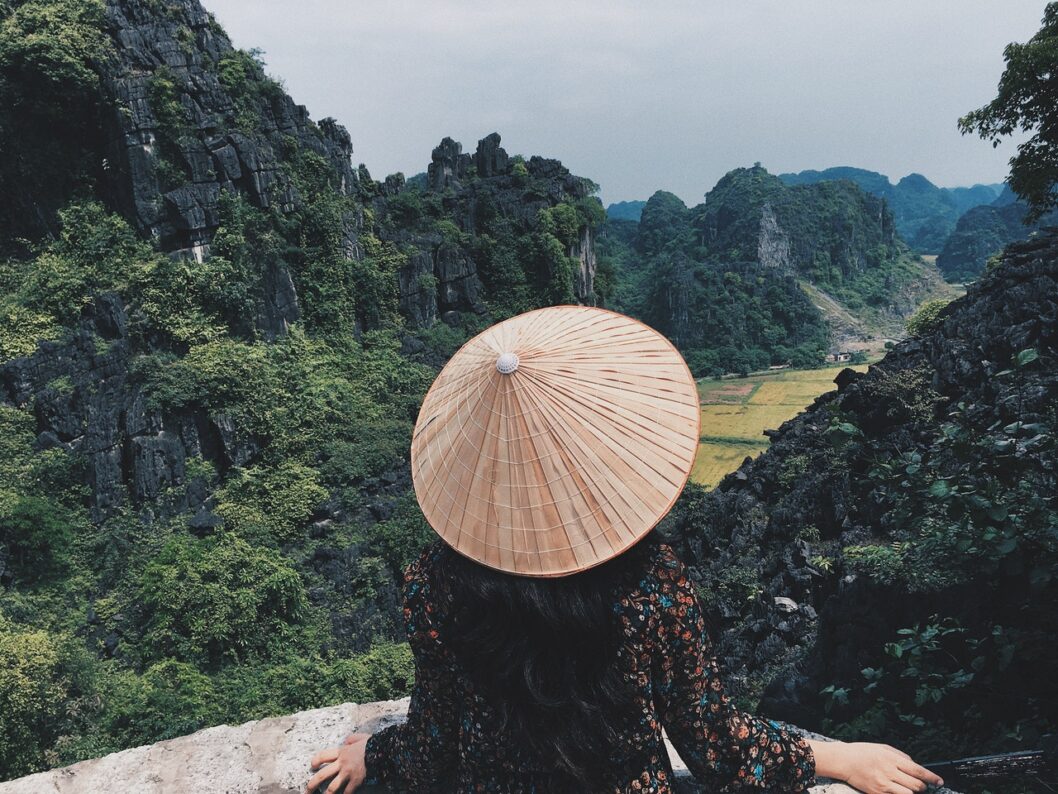 Vietnam is no stranger to tourist attractions. Out of all that exists, flag towers are the most visited by tourists. These magnificent structures have existed since the 19th and some even 18th centuries. On many of these structures, there are flag poles that display the national flag. The most famous one is the Hanoi tower with its 200-year-old flag pole.

Another can be found the opposite of Hue’s Imperial City. This tower, the Hue Tower, dates back to 1807 and was a gathering place for a historic moment in 1945. On that day, August 30th, thousands of locals witnessed the end of the monarchy and what was to become the Independence of the country.

The Lung Cu tower is yet another magnificent structure that waves the flag. This tower has a height of 1468 m and an altitude of over 1,500 m. What separates this tower from the rest is its sheer size. The flag on top of it is a massive 54 square meter, which symbolizes the 54 ethnic groups that live in the country.

You can also see the flag being waved on many other tourist attractions such as the tower in Ca Mau and many more.