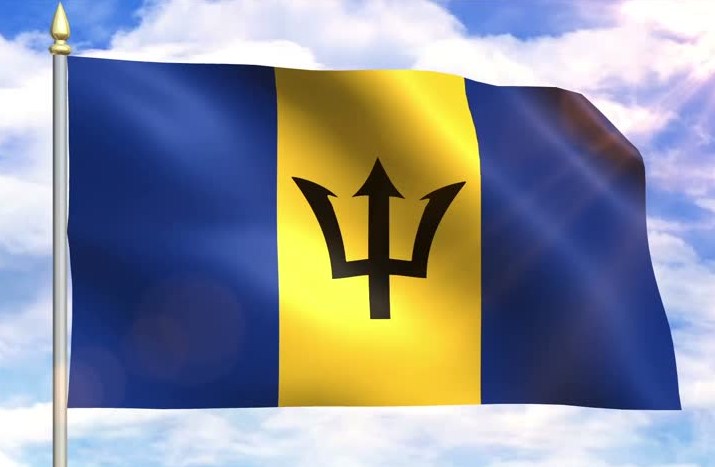 The national flag of Barbados was officially adopted on November 30, 1966. The flag is a vertical tricolor tribe of overseas blue and gold, and a black trident.

Do you know about National Flag of Bangladesh ?

On a general level it can be said that the national flag of Barbados consists of three vertical bands and the emblem of a trident in the center. However, all elements have a profound meaning.

The trident, the most well-known mark of the national flag of Barbados, mythological represents the god Neptune, but in a practical and actual way it is the symbol of independence from colonialism, as a weapon derived from such a conflict.

The colors of the national flag of Barbados are two, blue and yellow. However, each strip of blue symbolizes a different thing. One is referred to the sky (left) and the other to the ocean (right).

In the center, on the base on which the trident rests, the yellow color extends. This tonality exists by reference to the beaches of Barbados, symbol of the whole country and natural environment always present in the memory of these citizens.

The Barbados flag is composed of three equal vertical stripes. The black trident in the central strip (black representing the black heritage of the African peoples, the trident in allusion to the god of the seas: Neptune) the broken spear means the separation of the crown, the change from dependence to independence); The yellow band (the sands of the island) are in the middle of two blue bands (sky and sea).

Origin of the name: It is believed that it received its name from its prickly figs. Barbados comes, in Spanish, from bearded, and also means stem or transplanted tree, sprout or shoot.