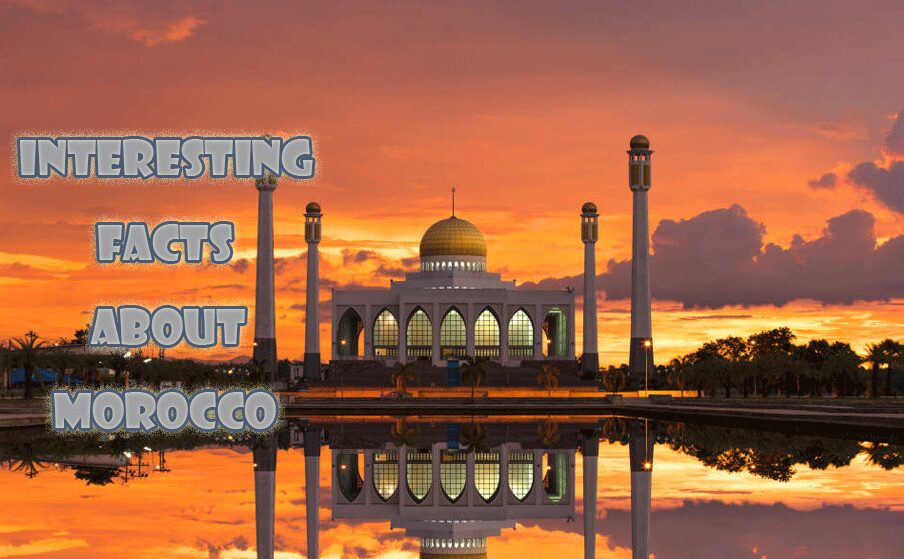 Undoubtedly one of the interesting  facts of Morocco that this achieved its independence from France and Spain just in the era of the 50’s. Probably when you listen or read Morocco the deserts, their religion and culture come to mind in terms of women, camels and camels. However, there are many INFINIDADES of historical and interesting facts about Morocco. The curious facts of Morocco are without doubt, great and incredible.

Tourists Guide in Morocco Via: MoroccanZest

Morocco has the largest ski slope in all of Africa. This is located in Oukaïmeden, in the High Atlas, 75 kilometers from the imperial city of Marrakech.

Another curious fact about Morocco, which you probably did not know, is that Morocco has the second-largest film set after Hollywood. Movies have been recorded as: Network of Lies, Prince of Persia, Sahara or The Mummy.

The political, social and economic stability of Morocco plays in favor of this country in tourism, with Spanish tourism being the second most important issuing market for this country. Morocco is the first tourist destination in the whole of Africa with more than 10 million tourists per year

This man has had about 888 children conceived by his more than 550 wives and more than 4000 concubines. Her children were all male, because if a girl was born her strangulation was ordered.

Of all his children, only 32 had princely rights and some of them, the most impatient, ordered rebellions to kill their father and take the throne. Thing that never came to pass.

This is famous for its blue houses. The Jewish refugees painted the houses with those shades for the belief that the mosquitoes were moving away. The reason is exactly unknown, since there are several theories. For example, they say that they could paint blue houses and streets trying to imitate the blue of the sky and differentiate themselves from the green color of Islam.

The Moroccan royal guard dates back to 1088 and is one of the oldest military corps in the world. It is an elite body whose mission is the security of the king and its facilities. They have their origins in the prestigious Black Guard that was created in 1088 by the Almoravid Sultan Yusuf ibn Tasufin to ensure their protection.

Tea occupies such an important place in the culture of Morocco and is so ingrained in Moroccan social life that Morocco has become the first importer of green tea in the world.

Polygamy only represents 0.31% of weddings in Morocco. It is estimated that, of 314,400 marriages celebrated in 2009 in Morocco, 0.31% was with a second wife. King Mohammed VI promoted in 2004 a Family Code that established that this practice should be consented to by the first wife.

It was built by the French painter Jacques Majorelle some nine decades ago and was later bought by stylist Yves Saint Laurent. In the place a collection of Islamic art is exhibited. It is one of the most visited museums in the city, also famous for its garden with its colorful blue, a hue created by Majorelle as the hallmark of his small oasis.

Marrakech is nicknamed “The Red City” (Medina Al-Ham’rá) for a pretty obvious reason. Beyond its appearance: the reddish color of its land, transferred to its buildings, is the color that gives identity, its facades and streets, its buildings. The exterior of all the buildings has to be red-ocher by a regulation.

Located in Fez it is the oldest university in the world still in operation. It is also known as one of the largest architectural complexes in the city of Fez and one of the most important Islamic learning centers was founded in the year of 859 by a Tunisian woman: Fatima Al-Fihri.

It is the tallest religious building in the world. Its construction was decided by the previous king Hassan II with the idea that the capital of economic power had an emblem that distinguished it from the rest of the country’s cities.