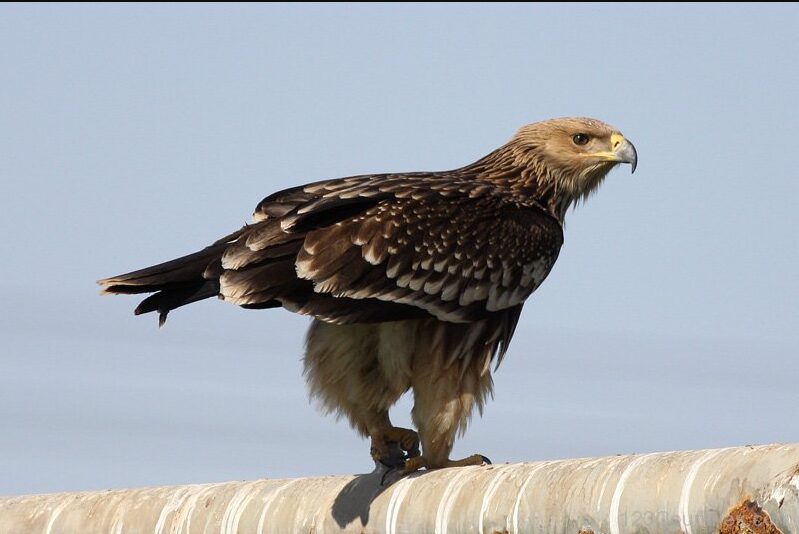 The national bird of Spain is imperial eagle, is a species belonging to the family Accipitridae. It was formerly recognized as a single species with the eastern imperial eagle.but substantial differences in morphology and ecology were recognized. Also at the molecular level was found evidence that they were different species. These two are part of the ten species that make up the genus Aquila, which are considered as the “great eagles”.

The national bird of Spain imperial eagle, Aquila adalberti, is a bird that reaches a height of 74 to 85 cm and a wingspan of up to 220 cm. They can reach 2.5 kg to 3.5 kg, with females being slightly larger than males. They have a brown color with some irregular white patches on the scapulae. The Iberian imperial eagle also possesses on the “shoulders” white borders and a gray tail, which are characteristics that differentiate it from its oriental relative. The head and nape of the animal are a cream color and very dark forehead. Juveniles have a reddish color with a white collar. Eagles of this species can reach the wild in the 20 years of age and have been reported individuals up to 41 years in captivity.

The national bird of Spain imperial eagle examples of habitats of the species Aquila adalberti are the alluvial plains and dunes of the Guadalquivir marshes, the plains and hills of central Spain and the high mountain slopes of the central system and other areas of Portugal where there is an absence of crop fields Irrigated. The abundance and distribution of rabbits correlates directly with the density, range and reproductive performance of the species.

The main diet of the Iberian imperial eagle, Aquila adalberti, consists of European rabbits of the species Oryctolagus cuniculus. Other dams include carrion, hares and reptiles, in addition to pigeons, partridges and other birds the size of a flamingo in more humid areas. This bird stalks its prey from the treetops or sometimes fights on the flight, chasing its food.

Do you know Nicosia is the capital city of Cyprus?

Habitat of Aquila adalberti, where he lives

The Iberian imperial eagle is endemic to Europe, as it reproduces only in Spain in the Guadarrama and Gredos ranges, the plains of the Tajo and Tiétar rivers, the central foothills of Extremadura, the Toledo hills, the Alcudia valley and the marshes Of Sierra Morena and Guadalquivir.

In 2003 it was reported that the species re-colonized Portugal, after an absence of more than 20 years. At the end of century XIX recognized populations in the north of Africa but they were decimated until its disappearance at the beginning of Century XX.

Male and female of this species form monogamous couples around four years of age and stay together for life. These form nests from small branches in the crown of trees such as pines or oaks. Most places are placed between February 21 and March 20, with an average of 2 to 3 eggs per nest. The factors most influencing successful reproduction among a breeding pair is the density of rabbits in the area and the age of the birds’ individuals.

Little is known about parental care in the Iberian imperial eagles, but it has been suggested that it is a shared aspect between both sexes. Females are responsible for incubation and males provide food and partially incubate as well. This process takes about 44 days and the harriers remain in the nest for about 75 more days. After the feathers begin to grow, the juveniles remain within the nest area until about 162 days before they are dispersed.

Aggression among chicks (cainismo) is common in the Iberian imperial eagle. This phenomenon is caused by a hierarchy in the size of juveniles, which in turn is caused by a hatching that is not in sync and a smaller size of the last eggs laid by the eagle. It is believed that the availability of food resources causes the larger individual to assault and frequently cause the death of the smallest of the nest.

Aquila adalberti is classified by the Red List as “vulnerable” because it has a very small population, which is dependent on numerous initiatives aimed at the reduction and mitigation of poisoning, electrocution and non-availability of food resources. Populations in Spain have shown an increase of 7% between 1990 and 2011, which is an indication that the measures taken have been taking effect. For 2011 a population of around 1000 individuals is estimated, with 320 reproductive pairs identified. It is also evaluated in CITES, Appendices I and II. 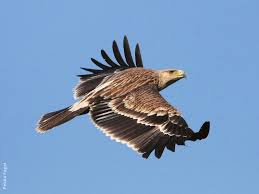 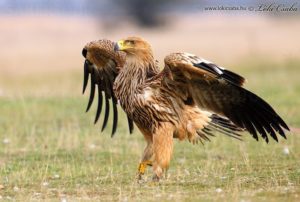 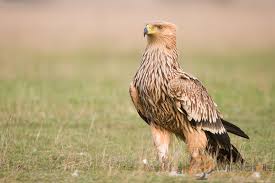