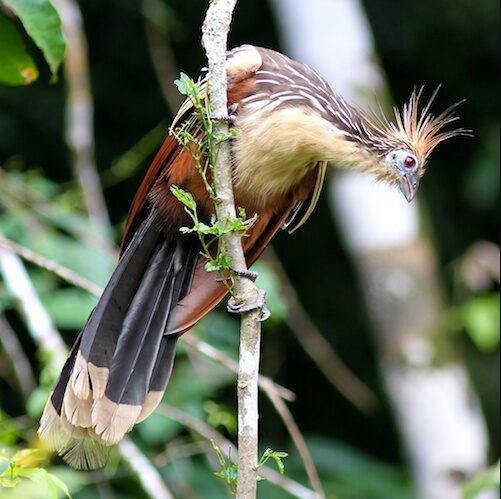 The national bird of Guyana is Hoatzin. It is a peculiar tropical bird that inhabits the marshy areas that envelop the Amazon River and the Orinoco River, in South America.

The chicks have claws on their wings (they lose them in adulthood).

National Bird of Guyana lives along the shores of lakes and lagoons.

Hoatzin eats leaves and to a lesser degree fruits of plants that grow in the marshy and riparian habitats in which they live.

National bird of Guyana constructs their nest with sticks a flat and uncoated about two to six meters above the water level. Both take turns to incubate the eggs during a month until their hatching. Although chicks are able to crawl out of the nest when they have two to three weeks, they do not begin to fly until they are at least two months old.

The young Hoatzin remain with their parents for one or two more breeding seasons, helping to care for the nestlings of these clutches, as well as defending the territory, after which they leave to start their own families.

Do you Know Little owl is the national bird of Greece ?

It has the dimensions of a pheasant, but is much slimmer, with the neck and tail longer and has a small head. It has a white face with no feathers and red eyes, and there is a serrated crest on the head. It has a limited ability to fly.

Hoatzin are a gregarious species and make nests in small colonies, putting between two and three eggs in a nest of canes built in a tree that hangs on the water. The chicken, which is fed with vegetable paste regurgitated by the parents, has another strange practice; Has two claws on each wing, which help him to grasp the branches as he climbs the trees. This has led inevitably to comparisons with the archaeopteryx fossil bird, with which it has no close relation.

Longevity released: Up to 15 years

Natural habitat: Mangroves and forests by the rivers.

Geographical distribution: The jungles of the Amazon and the Orinoco Delta, from Venezuela to Bolivia and from Ecuador to Brazil. 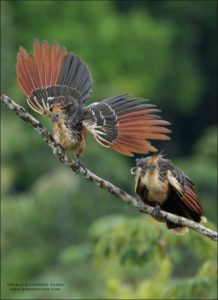 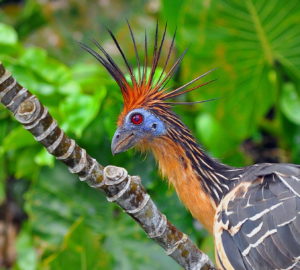 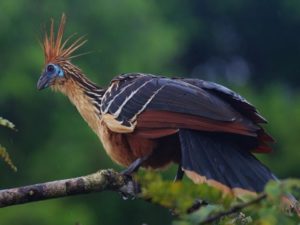