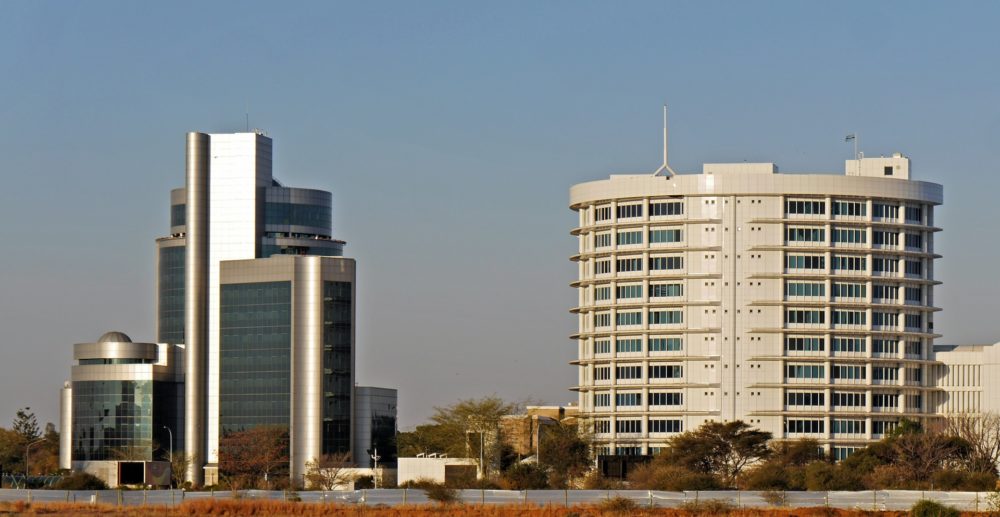 The capital city of Botswana is Gaborone, located on the valley of the Kgale and Oodi mountains about 15 kilometers from the border with South Africa.

This important city hosts the University of Botswana and the headquarters of the Southern African Development Community ; An organization started in 1980, which aimed to increase the economic cooperation of its members and try to be independent of South Africa. Capital city of Botswana has an approximate population of 200,000 inhabitants. Gaborone is the main economic center of the country and is the hub of important financial institutions such as the Bank of Botswana and the Botswana Stock Exchange.

Do You Know Sucre or La Paz is the capital cites Bolivia ?

It is also known as  National Museum and Art Gallery, is located in the capital city of Botswana, Gaborone. It is a building that houses the National Art Gallery , the National Library and the Octagonal Gallery; Previously, in 2007 a botanical garden was added. This site exhibits the works of typical crafts of the country as well as their paintings and its main purpose is to enhance the work of national artists.

It is a space set apart for the practice of private non-profit hunting, located south of Gaborone – capital of Botswana. It was established in 1994 by the Mokolodi Wildlife Foundation and occupies approximately 30 square kilometers. In this reserve there are a diversity of African-type game species, including reptiles and birds, some of which are under threat of extinction. In addition to private hunting, this space is also created for educational and environmental purposes intended for conservation. In the same way, Mokolodi supports works of charity of the Foundation, taking refuge to children from all parts of the country,

It is the most famous tourist attraction in the center of the city of Gaborone which is the capital city of Botswana , it is a bronze sculpture about 5.4 meters high, formed by the statues representing the three tribal chiefs who actively participated in the independence of Botswana, in The decade of the 60’s: Khama III of Bakwena, Sebele I of Bakwena and Bathoen II of Bangwaketse . In the base of these statues, the descriptions of each of them can be visualized. The monument was inaugurated in 2005 by the country’s president for the moment, Festus Mogae. It was created in order to create conservation awareness in the city and its adjacent areas. It is one of the few located in Gaborone, although it is a little small (5 km square), it houses many important animal species such as: kudu, Gemsbok, impala, wildebeest, Bush Buck, eland, zebras, ostriches, wild boars and Giraffes, as well as many species of local birds and migrants, which can be seen from the small dam located in the park. Because this reserve is located within the city, it does not have predators or large animals, such as elephants. It is one of the favorite destinations of the family and is very visited during the weekends.

The Lion Park Resort, an aquatic and animal theme park. The complex has a water park that offers its visitors a wave pool, children’s pool, super tube, speed slides. In addition, it has spectacular mechanical games, a bar, restaurant with food to take away and a shop. In a special area, you will find lions.