Dushanbe  is the most populated city of Tajikistan as well as the capital city of country. Today it is a safe city if contrasted with previous decades, it is also the seat of government and its most important commercial center. It has more than 700,000 inhabitants, with great population density.

Dushanbe is a clean European-style city that has recovered from the damage caused by civil engineering in the 1990 , becoming a booming capital and cultural center. Little known for tourism, it is a green, quiet and pleasant city with neoclassical architecture, museums, cafes, markets and monuments, as well as an opera and ballet theater , surrounded by impressive mountainous areas good for activities such as hiking , climbing and riding horse.

History
Although the history of Dushanbe goes back to the fifth century BC, the town was a small town until about eight decades ago.

Do you want to know about Capital City of Sierra Leone?

The town was formed by the union of three villages, the largest of which was named Dushanbe, the city was renamed as Stalinabad, in honor of Joseph Stalin . It became the capital of the Soviet Tayika Autonomous Republic in 1924 . After the triumph of the Red Army and the arrival of the railroad in 1929 , the town became the capital of the Soviet Socialist Republic of Tajikistan. The Soviets turned it into a cotton and silk production center , and hosted thousands of people from other republics of the Soviet Union in the city . The city recovered its old name in 1961 , During the Khrushchev era. The population grew because of the thousands of ethnic Tajik who emigrated to Tajikistan after the integration of Bukhara and Samarkand into the Uzbekistan Soviet Socialist Republic . At the time of the Soviet Union Dushanbe was a quiet and prosperous city.

In the 1990s there were some riots, as plans to shelter tens of thousands of Armenians were revealed, triggering local nationalist sentiment. During the clashes that followed twenty-two people were killed.

As a result of the Tajik Civil War, which developed after independence, between 1992 and 1997 , the city was seriously deteriorated. During that period the situation was very confusing. 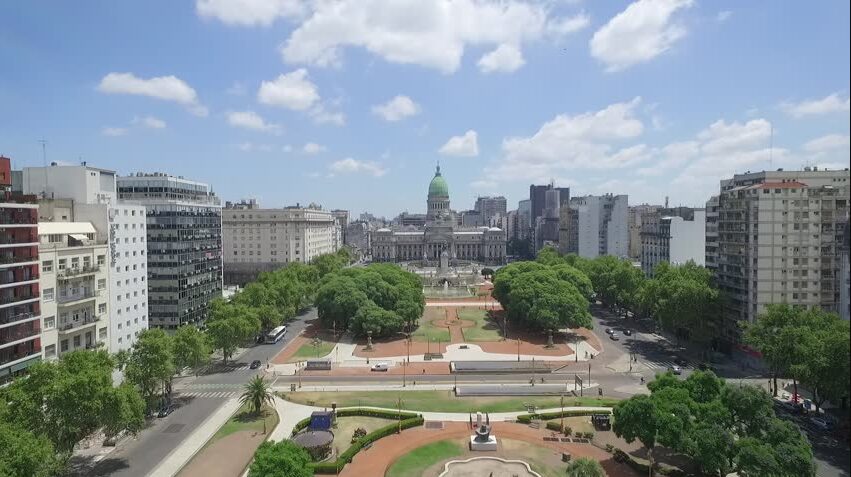 The Hissor Mountains offer several attractions and activities, including the 13th century Hissar Fort , 10 km from the city and the beautiful hill station of Varzob just five kilometers from Dushanbe. The highest dam in the world is located near Dushanbe: The Nurek Dam on the Vaksh River is 300 meters high and produces most of Tajikistan’s electricity, while offering excellent views. Hiking around Dushanbe is a popular activity, with several routes to choose from, and climbing can be done at Fansky Gory , northwest of Dushanbe. Horseback riding and mountain bike tours are a popular way to get to know the breathtaking mountain areas around Dushanbe.

The city is located on the foothills of the Hissar Mountains , above the Kafimigan Valley in western Tajikistan.

Dushanbe has a continental climate with hot, dry summers and cold and snowy winters. There are significant variations in temperatures according to altitude, and the mountain areas around the city have more extreme weather conditions than in the city. Spring and summer are good times to visit Dushanbe. The city receives a lot of rain, most usually during the spring. 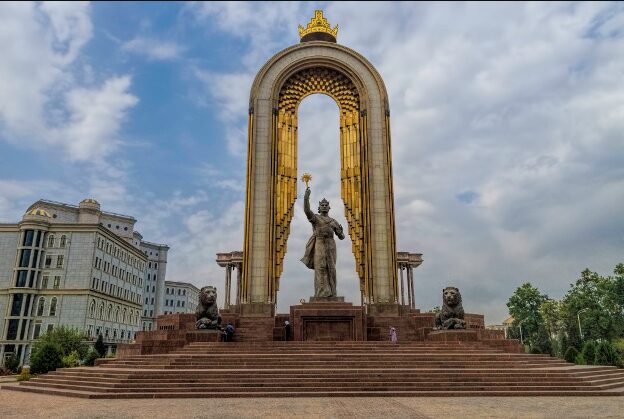 Government
Dushanbe is a center, political, scientific, industrial, historical and cultural. In the city are located the Presidential Palace, Parliament, all ministries and institutions, embassies, as well as offices of commercial banks, large corporations and humanitarian organizations.

Economy
The city is important in textile production, especially in cotton , but also manufactures silk , machinery, household appliances, leather goods , tractor components and food products. In the vicinity of Dushanbe there are some mines of coal , lead , and arsenic . Recently drug trafficking has reached a boom in the city’s economy.

Dushanbe is not a very touristy town but has a good range of things to see, and the surrounding mountain areas are excellent for many activities such as hiking, rock climbing and horse riding.

The main points of interest in Dushanbe are located near the main avenue, Prospekt Rudaki. Among them are the Ismael Somoni Monument , a statue of a historical leader with a golden crown , Haji Yacob Mosque and a Russian Orthodox church, as well as a 19th century synagogue . The Palace of Unity, also called Palaces of Vahdat, is a congress center and the seat of the Popular Democratic Party.
Related Posts: