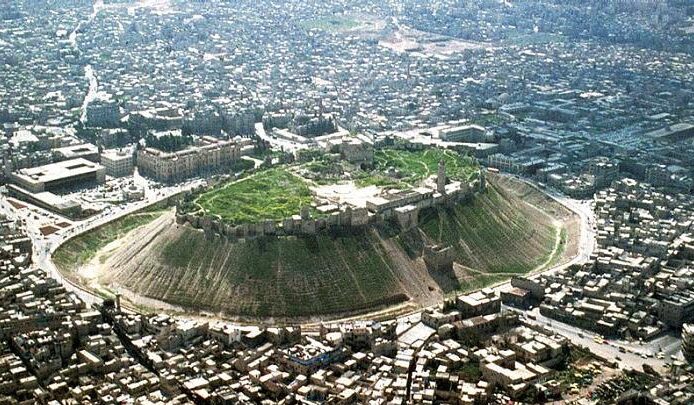 Damascus . Capital of the Syrian Arab Republic . With six thousand years of life, it is the oldest city in the world and constitutes a bustling mixture of cultures and times. It is lavish in markets, monuments and mosques. Much history crossed Damascus, a city which, moreover, was for centuries an obligatory point of replenishment and rest for the caravans of twenty thousand people and ten thousand camels that were on their way to sacred Mecca ; There was still a month left in the desert. 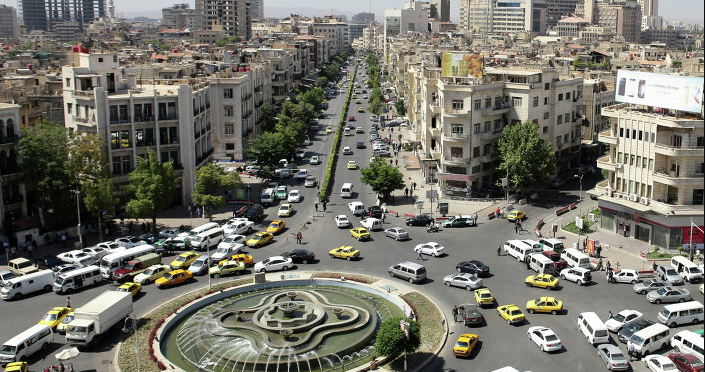 Location
Between the mountains of the Anti – Lebanon and the desert of Syria , Damascus stands in the oasis of Ghouta, on a branch of the land route of silk . Here came Venetians and Genoese to meet the caravans.

History
Known since the year 2500 before our era , it is the oldest city that has been inhabited uninterruptedly. In the 7th century , for example, he became acquainted with various periods of gold , when he ceased to be in the hands of East Rome , Byzantium , and became the seat of a Muslim empire.

Do You want to know about Capital City of Switzerland

In 1078 he was entrusted by Sultan Malik Shah I to his brother Tutush I, who then conquered Aleppo and proclaimed himself Sultan of Syria. Upon his death his emirates were divided between his two sons. It followed the rivalry between the two emirates that continued for a long time until the extinction of the descendants of Tutush I.

For a long time Damascus preferred to ally itself with the Kingdom of Jerusalem against Zengi , but the armies of the Second Crusade besieged it, and Unar, the emir of Damascus sought help from Nur al-Din and Sayf al-Din, sons of Zengi, who Got the crusaders to lift the site. After Nur al-Din’s death he fell under the control of Saladin . After the latter’s death, the emirate of Damascus was occasionally linked to Egypt , and finally destroyed by the Mongols.

It had another golden age in the thirteenth century , but a hundred years earlier, when Jerusalem fell to Crusaders, the city had become a site of Islamic resistance in the face of the “army of God.” The Mongols and the Mamluks passed, and in the eighteenth century , already in the hands of the Turks of the Ottoman Empire , they regained the glow that had dimmed a little. The Ancient City of Damascus was declared a World Heritage Site by UNESCO in 1979 . It occupies an area of ??135 hectares, and was surrounded by a Roman wall, of which the north and east sides, and part of the south side, remain. Eight gates are conserved, of which the oldest, Bab Sharqi, dates back to the Roman period.

Although the city still preserves Roman and Byzantine remains, most of the 125 buildings and monuments included in UNESCO’s declaration correspond to Islamic art.

Urban morphology
A fortified wall, with its gates, girds the old city that has maintained its Islamic character since the time of the Umayyads, while preserving both Roman and Byzantine footprints (streets facing the cardinal points). 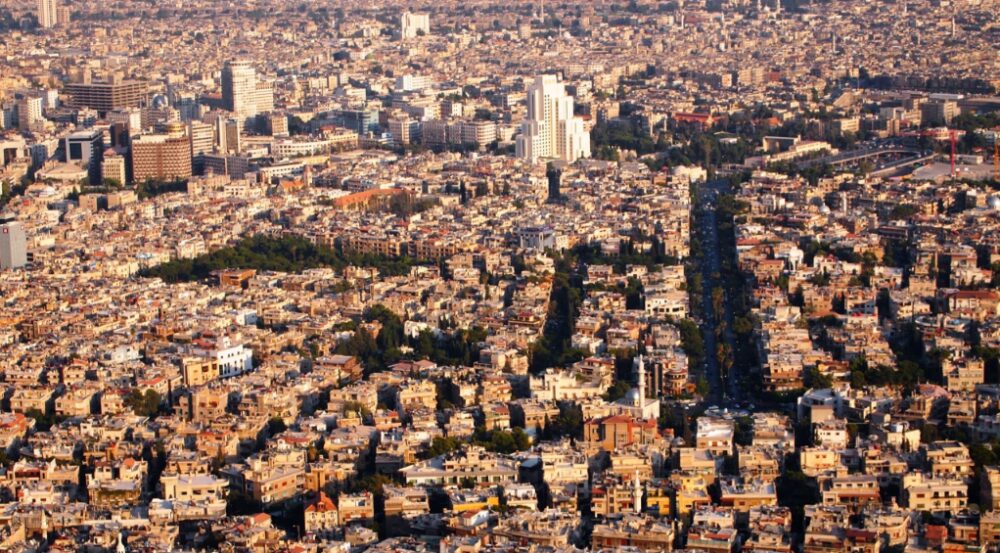 Covered markets, caravanserai, palaces, minarets and domes testify to the Islamic character of the old city. Among its many monuments, the Great Mosque, which contains the main stages of the history of Damascus, remains a prominent place of pilgrimage and one of the most sacred sites of Islam. Its architectural plan influenced those of several other mosques in Syria (Aleppo and Hama), Turkey (Diyar Bakr), Spain (Cordoba) and elsewhere.

Current population
4,700,000 inhabitants (2007). 75% are Sunni Muslims, 15% of the population are Christian denominations (of various churches), and the remaining 10% is subdivided among Alawi, Druze and Shiite Muslims.

Geography
In general, Damascus is divided into two parts: the new city, with its modern buildings and walks, and the old city, where the attractions of this capital are grouped together with 6,000 years of existence, already mentioned in texts from four Millennia and a half.

Weather
Syria has a Mediterranean climate with warm and arid summer and mild and rainy winter. The climate becomes more arid and hostile towards the interior of the country. In the coast, the average temperatures in July are of 29 ° C, and in January 10 °. In the steppes, where most cities are located, temperatures are around 35 ° in the summer and 12 ° in the winter, while in the desert the temperature can reach up to 46 °. In the whole country there is not much rain, and this is concentrated in the coast.
Related Posts: