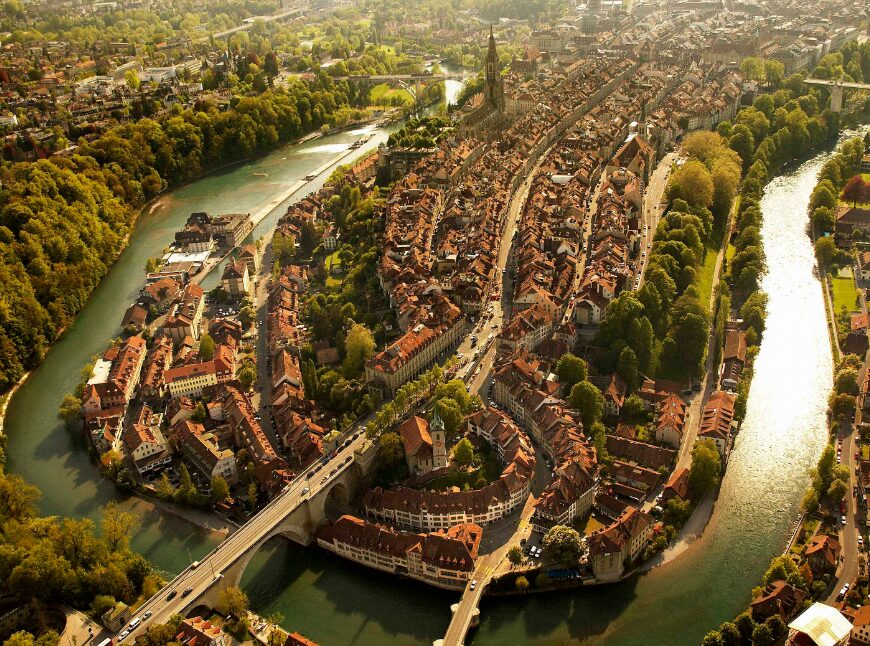 Federal capital city of Switzerland and the homonymous canton. Its historical quarter, known as the old city, is a World Heritage Site , since 1983 . In its metropolitan area we find a population close to 350 000 inhabitants. Most of its population speaks German.

History
From time immemorial the place that occupies of Berne has been in the axis of communication north-south that from Alsacia goes towards the alpine passes by the Jura and the Oberland . But the east-west cross, more important, went by the foot of the Jura and the lakes, to the north of the central region, leaving aside the Bernese region.

Its foundation dates back to the 12th century , specifically in 1191 when the powerful Zähringen family built the city with the aim of strengthening its position in the pre-alpine space. Around the name of the city came a whole series of founding legends. It may be derived from Brenodor, the name of an ancient Celtic settlement that was on the site. However, the most popular legend holds that the place name “Berne” has to do with the German name for bear (Bär), supposedly the first animal hunted by the founders of the city, when they went hunting in the city. The bear was associated for a long time with the city that since the 15th century has a moat of the bears.

Do you want to  know Capital City of Sweden?

The city was founded on lands of the Sacrum Germanic Roman Empire , reason why the Duke Bertoldo V (its founder) should have received franchise rights. When he died in 1218 , the city passed into the hands of the empire and obtained from Frederick II a letter, called Goldene Handfeste, which most historians consider a forgery of the second half of the thirteenth century . The Constitution was amended in 1294 : the people elect the Sixteen, who designate the new Council of the Two Hundred or Great Council. The Sixteen and the Two Hundred control the Small Council and the representative before the Empire.

Kings and emperors would confirm this Constitution from the fourteenth century , Charles IV and Wenceslao grant supplementary privileges. The city became a center of commerce in the central Plains and, subsequently, was acquiring more and more political and military power that used to put under its control several territories submitted, so much so that when the construction of the Church of Nydegg, on the ruins of the fortification of the same name between 1341 and 1346 , many affirmed that “Building a church is a way of saying” above us there is no emperor, but only God.In 1353. 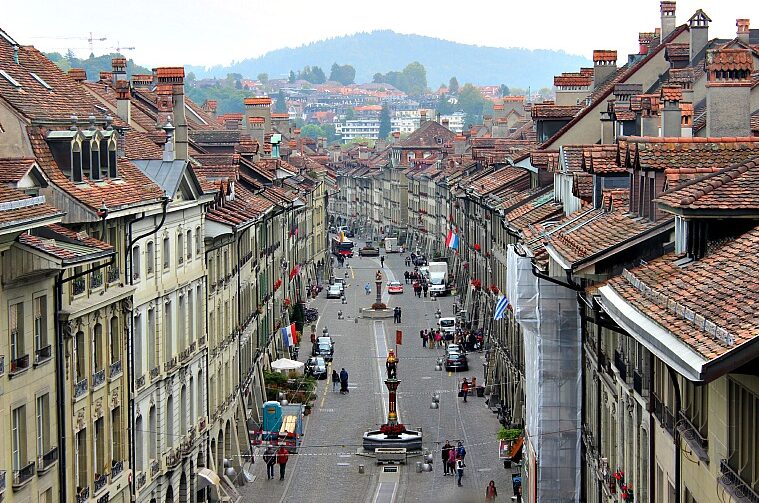 In 1798 the French invasion put an end to Bernese hegemony, but Bern managed to maintain a privileged position within the Confederation. After the restoration a federal commission proceeds in 1803 to the distribution of the fortune. The dowry attributed to the city generated some disputes with the canton, which would last until 1841 . The Restoration managed to preserve a 200-member Great City Council, which together with the thirteen corporations elected a 35-member administration. The Constitution of 1831 removes all preponderance to the city of Bern on the canton. A political commune was formed in 1832 ; Every citizen domiciled and possessing a certain fortune, had the right to vote. The number of voters grew thanks to strong immigration and the federal and cantonal laws enacted in 1852 , 1859 and 1861 , which extended the right to vote. Women gained political equality in 1968 and most of the Communal Council from 1993 to 1996 . The voting age increased from 20 to 18 years in 1988 .

Bern became the federal capital in 1834 of the Swiss state. It is the seat of the executive and the legislature of the Confederation, of the cantorales authorities and of a great part of the federal and cantonal administrations. In 2010 it ceased to be the capital of the Berne district after its dissolution and its integration into the new administrative district of Bern-Mittelland. 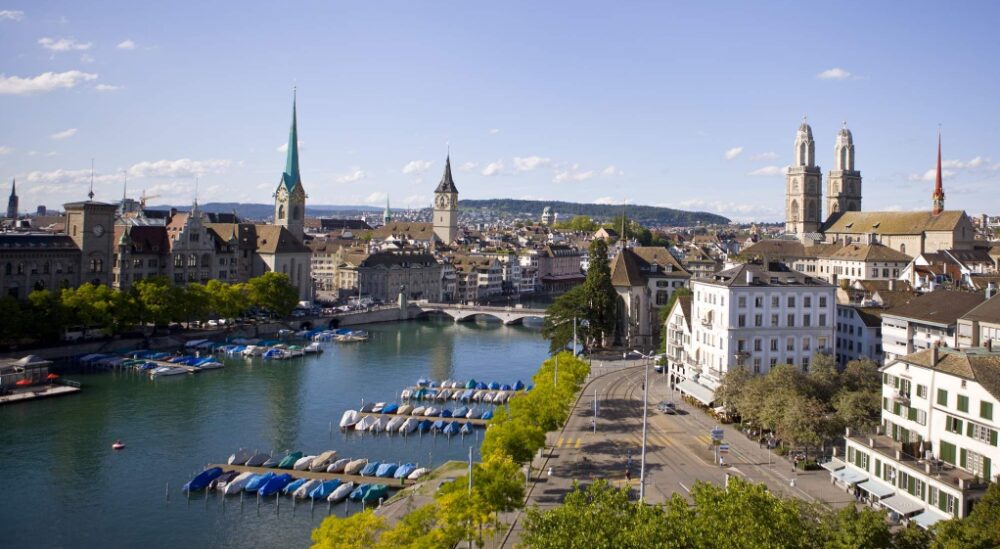 The tower which currently holds the famous clock , almost obligatory visit of tourists from all places, served as a prison until it was converted into a belfry in 1405 after a devastating fire. Below the great clock is the astronomical clock with the sun-hour. To the side are the mechanical figures (1527-1530).

Three minutes before the hour the cock sings for the first time and does it three times in relation to the phrase that Jesus Christ said to St. Peter : ‘Before the cock crow you will deny me three times.’ Then the jester rings the bells, and the bears – at Cronus’ feet – also rotate. The rooster again sings and hourly Cronos turns the hourglass in his hand, counts the bells moving his mouth and the scepter he carries in the other hand. A great merit that is conferred to him is that he retains the original mechanism of the sixteenth century .
Culture
The city houses several cultural institutions of the Confederation ( Federal Archives and the Swiss National Library ) and the canton ( University of Bern and court), as well as international organizations ( Universal Postal Union and International Railway Transport Association ).
Related Posts: