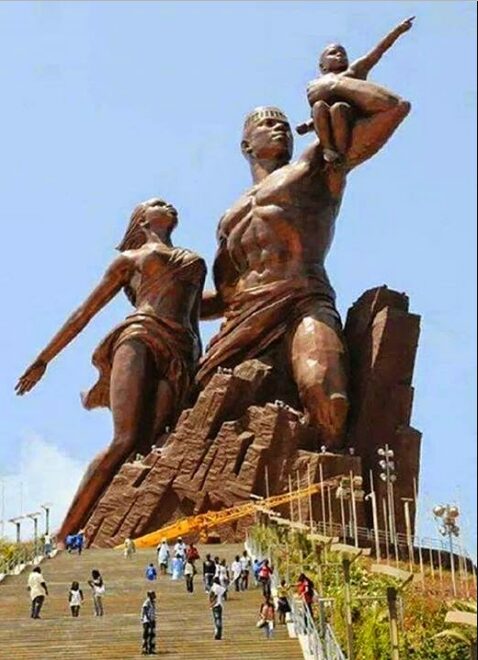 Dakaris the most important and capital city of Senegal. It is located on the Atlantic coast of the African continent, specifically in the Cape Verde peninsula . Its geographical location is very favorable for maritime traffic with America and Europe , which was decisive for the establishment and development of the largest seaport in the entire region. It has a population of 1,030,594 inhabitants according to the census of 2005 .

History
The first inhabitants of the area of ??the current Dakar belonged to the Mandingo ethnic group, discovered by the Portuguese explorer Dinis Dias , who discovered them on their voyages along the Atlantic coast of the African continent in 1444 when they landed in the westernmost Africa, which he named the Cape Verde peninsula , alluding to its beautiful vegetation.

Towards the end of the fifteenth century, there was the beginning of immigration to the area of ??lebu fishermen, who escaped from the kingdom of Takrur , northeast of the Senegal River .

Do you want to know about Capital City of Sudan?

In 1750 the name of Dakar appears for the first time in a map of the peninsula of Cape Verde elaborated by the botanist and French naturalist Michel Adanson .

Between 1846 and 1848 , François de Saint Jean mayor of the island of Gorea, due to the density of population reached on the island repeatedly requested the creation of a new city on the continent, to locate in the area of ??the current Dakar.

From 1848 the interest of the area of ??the present Dakar increased, with the prohibition of slavery that was a lucrative business in the protected port of the island of Gorea and that now with the prohibition had declined and this gave rise to an increasing interest By the locality of Dakar, in the continental coast, which possessed greater possibilities of growth and commercial expansion.

In 1857 the city of Dakar was founded by order of the French general Louis Faidherbe , nevertheless it is said that the true and authentic founder of the city was the lieutenant colonel of the weapon of Engineers Émile Pinet Laprade , of which it is said that it was who designed the Close-up of the city.

The initial constructive works of the city began to rise in 1859 . In 1875 , Dakar replaced the city of Gorea as administrative center of its district and for 1876 a new cadastre of the city is elaborated, that in 1878 already counts on about 1,500 inhabitants.

The 17 of June of 1887 the city reached the category of definitively independent commune of Gorée Island and the first mayor of the city Mr. [[Jean Alexandre took office on 9 December that year.

In 1902 , the city replaced Saint Louis, also in Senegal, as the capital of the French West African colony and by 1909 the city is already the first port of Senegal . Between the years 1920 and 1930 there is an immigration linked to the commerce and coming from the Lebanon that also was French colony.

In 1929 , concretely the 31 of March, takes place the inauguration of the Cathedral of Dakar .

The 25 of September of 1940 the occurs Battle of Dakar , a naval battle for control of French West Africa, which led the failed attempt by the troops of the Free French (Free French Forces) and the Allies to expel the Place to the men of the general Pierre Boisson , who remained faithful to the France of Vichy ally of the Third Reich . The battle sought to remove German troops from the French colonies of the Atlantic Ocean , facing the imminent Atlantic battle centered around the route of supplies to the United Kingdom .

And after the war, Dakar received the visit of French President Vincent Auriol, the first firing a head of state of France to a colonial territory in Africa black.

The 26 of August of 1958 , General Charles de Gaulle as president of France, visit Dakar, and his arrival is greeted by a mass demonstration demanding independence of the country, which is finally granted by all the territory comprising The former French West Africa.

In 1964 the Great Mosque of Dakar was built, as a symbol of the national revival of the Islamic religious tradition in front of the Christianity that was associated with European and French colonialism.

In June 1978 , Dakar hosted the headquarters of the Central Bank of West African States.

Geography
The climate of Dakar is tropical, with two seasons: a hot and humid season between June and October, where the highest rainfall occurs with an average of 179 mm for the month of August and an average temperature of 27 ° C, and A season a little cooler and dry between the months of November to May, in which it hardly rains.

The influence of the cool and humid breezes of the Atlantic Ocean greatly soften the temperatures of the city making it one of the coolest places in the region. The average annual rainfall is 600 mm.