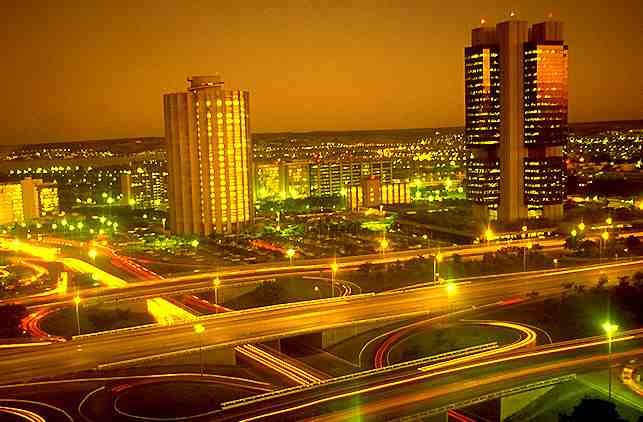 The Capital city of Brazil is Brasilia , the “South American Giant”. Founded in 1960 and designed by the utopian lines full of idealism and modernity of the architect Oscar Niemeyer and the urbanist Lucio Costa . It is the last great capital built in the world. capital city of Brazil (Brasilia) construction began in 1956 and concluded in five years ( 1960 ). Besides being one of the most beautiful cities in the world; Has been awarded the title of World Heritage by UNESCO since 1987 . It is a cosmopolitan city with approximately 90 embassies and a large infrastructure for events of all kinds.

Do You Know Gaborone is the capital city of Botswana ?

Capital city of Brazil located in the Federal District (true heart of the country, in the state of Goiás) that is located in the central part of the country, about 950 km northwest of Rio de Janeiro . The Central-West region of Brazil is one of the five major regions in which Brazil is divided. The city is located in a South American ecoregion known as “cerrado”, which is similar to a savanna. The main rivers that are in the surroundings of the city are the Black, Santo Antônio do Descoberto and São Bartolomeu. 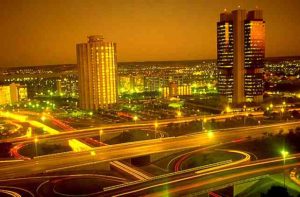 Brasilia was built in order to be the new capital city of Brazil. The idea was to transfer the federal capital located on the coast to the interior of the country. Brazil previously had two capital cities: Rio de Janeiro and Salvador de Bahia. When moving the capital to the interior, the government tried to help to populate that zone of the country. People from all over the nation, especially from the Northeast Region of Brazil, were hired to build the city. This beautiful city is known internationally for having applied the principles established in the Athens Charter of 1933 . Two of the main objectives were, on the one hand, to promote the development of the interior of the country and, on the other hand, to provide the nation with a capital and seat of central government that is totally new.

Most prominent buildings were created by Oscar Niemeyer and the city’s plan was the work of Lúcio Costa. The landscaping was in charge of Roberto Burle Marx. Constructed on a plane- shaped base that points to the southeast , although Lucio Costa insists that it was sought to give the shape of a cross. The terrain was originally arid and inhospitable, so a water dam was built in the area.

Night View Of The Cathedral Of Brasilia

opens towards the sky. The structure of the Cathedral was completed on May 31, 1970 and was based on the hyperboloids of revolution, whose sections are asymmetrical. The hyperboloid structure itself is the result of 16 identical concrete columns. These columns, which have a hyperbolic section and weigh 90 tons, represent two hands moving towards the sky.

The National Congress of Brazil of all the constructions is undoubtedly the largest and most articulated, composed of two well-differentiated parts: a three-story horizontal building with a 200-meter front that houses the Senate. Located in a half sphere, and the Chamber of Deputies, located in another hemisphere broader but inverted. As is to be expected, all of the services, which, of course, are complete and numerous, must be added to this joint statement.

Like most of the official buildings of the city, it was designed by Oscar Niemeyer following the style of modern Brazilian architecture. The hemisphere located on the left is the seat of the Senate, and the one on the right is the seat of the Chamber of Deputies. Among them are two office towers. The Congress also occupies other surrounding buildings, some of which are interconnected by a tunnel.

The site is located in the center of the monumental Axis, the main avenue of the capital. In front of the Congress there is an extensive garden and a reflecting pond. The Congress is located opposite the Plaza de los Tres Poderes , where the Planalto Palace and the Federal Supreme Court are located.