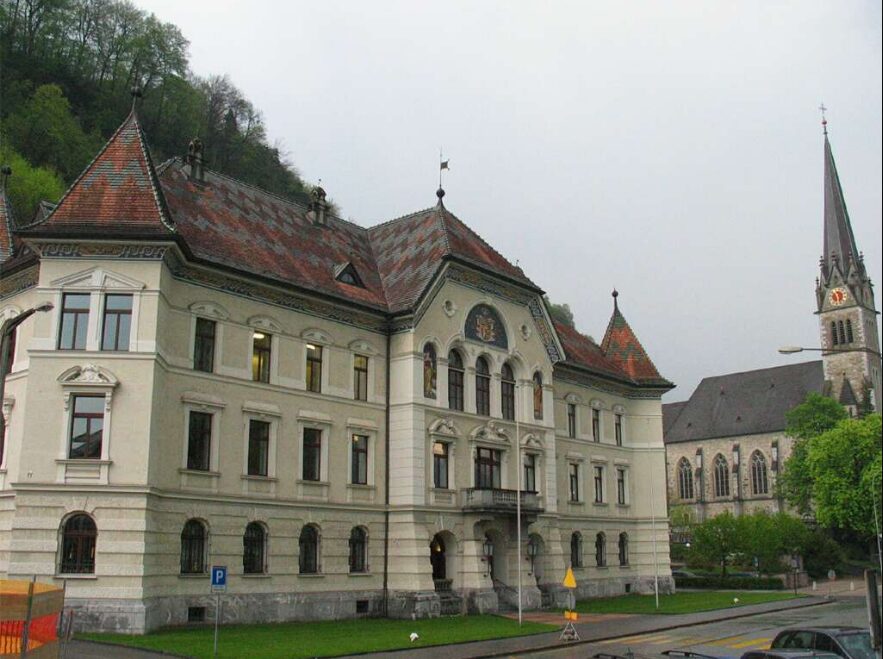 Liechtenstein is a tiny Central European country located between Switzerland, with whom the Rhine makes border, and Austria. With its scarce 160 square kilometers, a magnifying glass is often needed to find this tiny state on most European maps.

It is so small that in 2007 about 170 Swiss infantrymen advanced about two kilometers in the territory of the small principality, during a night exercise. When they realized their mistake, they returned quickly to their country. However, it seems that no one in Liechtenstein noticed the accidental invasion, a spokesman for the Principality’s Interior Ministry, Markus Amman, said. No doubt this small nation is best known for being a tax haven. It has 74,000 multinational companies,In the country of 32,000, it registers 16 banks and 80,000 holding companies . Assets managed by Liechtenstein last year reached 225.44 billion Swiss francs (148.4 billion euros, 210.3 billion US dollars), down 19% on To 2007 due to the global financial crisis and the bad press that earned him the theft of data from the LGT bank. 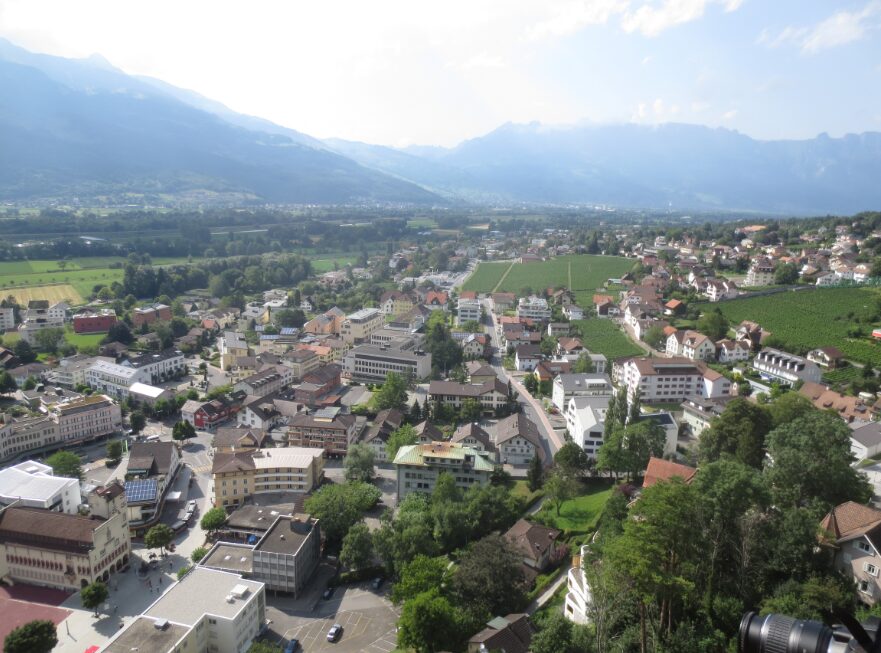 It is the sixth smallest state in the world (by population is the seventh) and is one of only two nations whose name comes directly from the ruling house (the other is Saudi Arabia).

In 2006 the authorities of the principality measured the borders and discovered that the country was half a square kilometer larger than previously thought … not much, But proportionally it is as if Spain won 1,500 square kilometers overnight.

It is also one of only two countries that are doubly landlocked, meaning that they have no borders with other countries in the same situation (Austria and Switzerland).

The small principality has more characteristics that make it unique.
Like most microstates, it lacks its own currency , with the Swiss franc being legal tender.It is the smallest German-speaking country in the world.
It was the first state to renounce the armed forces , when it dissolved its small army of 90 men in 1868.

Another curiosity is that the European government in 2005 banned the use of hemp as a food for cows , a decision that has angered farmers, who insist that hemp relaxes the bovine nerves.

“Today, a lot of the cows suffer from stress. A quiet cow produces much better milk.” This is a fact, “says hemp grower Jean-Pierre Egger.
The Liechtenstein dynasty, from which the Principality takes its name (rather than the reverse) was among the most powerful noble families of Germany at the end of the Middle Ages. In spite of this, and although they possessed great lands in Germany, these expensive territories were given in a feudal regime under the dominion of feudal lords, mainly of House of Habsburgo.In 1806, Liechtenstein became a member of the Confederation and gained sovereignty, which it has maintained until today.

Liechtenstein is the only country in the world that does not recognize the Czech Republic, nor Slovakia. The issue comes from the very end of World War II, when Czechoslovakia expropriated vast tracts of land belonging to the reintante house within a very debatable anti-German policy (expelled from the country, expropriated its properties and retired nationality to all the inhabitants Of Germanic ethnicity). As a result, all Liechtenstein nationals were banned from entering Czechoslovakia until the 1990s. At present, Prague does not exist in Vaduz. Another curious fact: between 1921 and 1937 the flag was only red and blue, without a crown, but at the Olympic Games in Berlin the authorities of the country “discovered”
Which was identical to that of Haiti, so they proceeded to add a tiara in its upper left.Its political system also has its one. Officially a parliamentary monarchy, such as Spain or the Netherlands, but in Liechtenstein Prince Hans Adam II has the power to, among other things, dissolve parliament, call elections or veto laws.

Do you want to know about Capital City Of Libya?

Curiously, these powers were granted by a referendum , held in 2003, with the support of two-thirds of the population. The consultation was held under the threat of the royal family leaving the country (along with their fortune of 4,000 million euros) if the people did not support the reform. Another referendum, this time held in … 1984 !!, Served to give men the right to vote for women.

But if their political system and history are curious, their territorial organization is even more so. Liechtenstein is the last surviving state of the more than 350 that formed the Holy Empire.The present territory of the country was formed between 1699 and 1712 when the Prince Juan Andrés bought the señoríos of Vaduz and Schellenberg to obtain a place in Imperial Diet.

In 1806, with the definitive dissolution of the Empire, Liechtenstein acceded to full sovereignty. As an inheritance of its feudal origin was the bizarre distribution of its territory.The country has an area of ​​160 square kilometers divided into eleven municipalities . More than half of them have one or more exclaves scattered throughout the territory, resulting in the map of Liechtenstein a kind of incomprehensible puzzle .

Of the eleven municipalities that make up the principality, seven have their territory divided into two or more pieces. The case of Balzers, to the south-west of the country, is extreme: the joint territory of the two exclaves (or territory that belongs politically to another but is not connected with that one ) that it owns is greater than that of the main piece. Triesenberg and Gamprin have a single exclave each. Eschen owns two, Planken three, Schaan four and the capital, Vaduz, five. 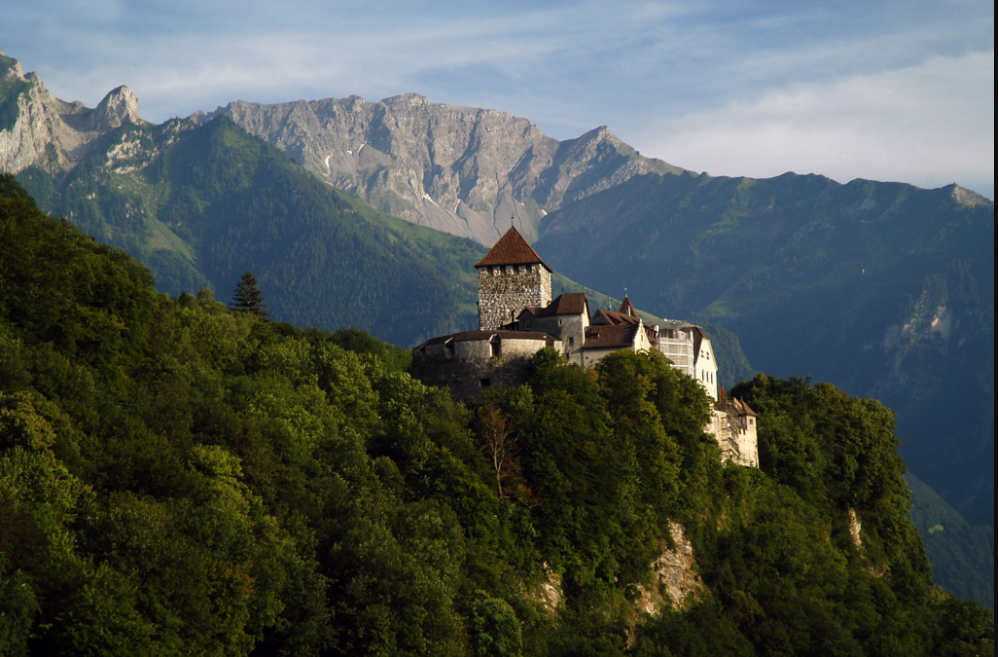 The exclaves not only draw attention by their quantity and size, but also by the relative distance to their reference territory. The southernmost of the Schaan exclaves is nine kilometers from the village, in a country that measures only twenty-four kilometers from north to south. Proportionally, it is as if Chile had an exclave in Colombia that was the size of Ecuador. vaduz castle