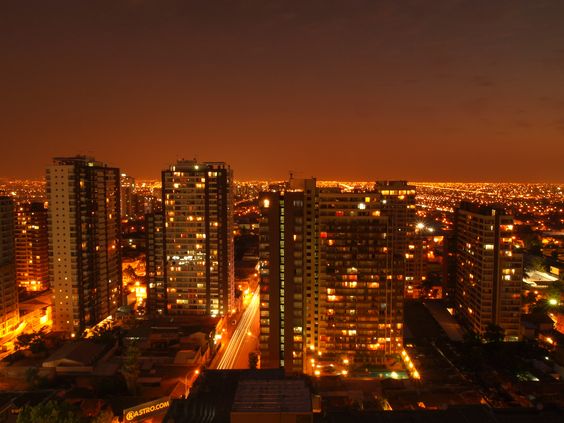 Do You Know Bangui is the Capital City Of Central African Republic ?

Near the year 800 settled in the region of the territory of Santiago which is the capital city of Chile different native communities that chose the zone of the river Mapocho to settle down. They harvested corn , potatoes and beans and domesticated animals. In Santiago which is the capital city of Chile is evidence that in the century XV these communities have advanced in their agriculture, specifically the tribe of the “pichinchas” performed artificial irrigation by canals. They had no stable political organization, clashes between different tribes were common. The clashes ended with the conquest of the Inca empire during the reign of Capac in the late fifteenth century . With the arrival of the Spaniards to the region, began to generate a great commotion in the place, The 12 of February of 1541 Pedro de Valdivia founded the city of Santiago of the New Extreme; Called it in honor to the military protector of the Spaniards and Patron Saint of Spain , the apostle Santiago. 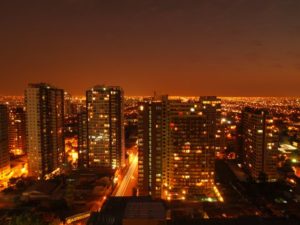 Pedro de Valdivia arrived in the Mapocho valley in December 1540 accompanied by 150 Spaniards and Indians who managed to survive the journey. Once established, Valdivia assembled the indigenous tribes that inhabited the place, in order to obtain their collaboration in a peaceful manner. Then Pedro de Gamboa designs the new city according to the rules laid down in the royal cedula of 1523 for the New World. With the creation of the Plaza de Armas, public buildings l solar conquerors, Valdivia founded the city of Santiago del Nuevo Extremo day 12 of February of 1541 .

Santiago is one of the top cities with international business opportunities and provides an image of tranquility, cleanliness and quality of life for visitors. In Santiago the civic life of the country is developed, there is La Moneda (the government palace), the Plaza de Armas and important buildings of the judicial and executive power. With its museums and pedestrian walks, the center is a spectacle. In the neighborhoods Providencia, Bellavista, Las Condes or Vitacura, there is commerce, gastronomy and a lively nightlife. Despite all the cement of a metropolis, in Santiago are green spaces of great value: the Metropolitan Park (Cerro San Cristobal) visible from much of the city and you can climb to its summit in different ways, walking, cycling , Car and in an old and renovated “funicular” elevator. And the walk through the vineyards in the middle of the city offer tastings of the best Chilean wines. The Cordillera de Los Andes to the village of Pirque to meet nature and try typical food, buy souvenirs or stroll along the banks of the river. The greatest virtues of Santiago is that it is close to the ski centers and the port of Valparaíso , Viña del Mar and other summer resorts on the shores of the Pacific where snow and sea are within reach.

The economy of Santiago de Chile exhibit a great activity throughout the city. There are certain areas where finance is concentrated. The quality of life of the population is one of the best in the region. Taking the average income, it occupies the fifth tier after Mexico City , Buenos Aires , São Paulo and Rio de Janeiro . The growth rate of the metropolis reaches a figure close to 4% per year. The factors that facilitate the boom of the economy are international tourism. The city symbolizes an attraction and is very visited by people of different nationalities, attracted by the natural beauties and by the rich historical and cultural heritage that it boasts.

Within the metropolitan area there are 174 patrimonial sites under the custody of the Council of National Monuments, among which are archaeological, architectural and historical monuments, as well as neighborhoods and typical areas. Of these, 93 are within the commune of Santiago, considered the historic center of the city. Although no Santiago monument has been declared a World Heritage Site by Unesco, they are proposed by the Chilean government:

The palace of La Moneda

In the center of the city are buildings built during the Spanish domination in the majority, correspond to Catholic temples, such as the Metropolitan Cathedral or the church of San Francisco. Other buildings of the time are the Plaza de Armas, the headquarters of the Royal Audience, the Central Post Office or the Casa Colorada. During the nineteenth century new architectural works began to be erected in the capital of the young republic. The aristocracy built palaces for its residential use in the Republic neighborhood. Other structures with artistic currents from Europe, such as the Club Hípico de Santiago, the central houses of the University of Chile and the Catholic University, the Central Station and Mapocho Station, the Central Market, the National Library..

Santiago hosts a large number of museums of different types, which occupy the old constructions of colonial origin, as it happens with the National Historical Museum, that is located in the Palace of the Real Hearing. Casa Colorada is home to the Santiago Museum, while the Colonial Museum is housed in the church of San Francisco and the Museum of Pre-Columbian Art occupies part of the former Customs Palace. The Museum of Fine Arts, established in 1947 the Museum of Contemporary Art, dependent on the Faculty of Arts of the University of Chile.