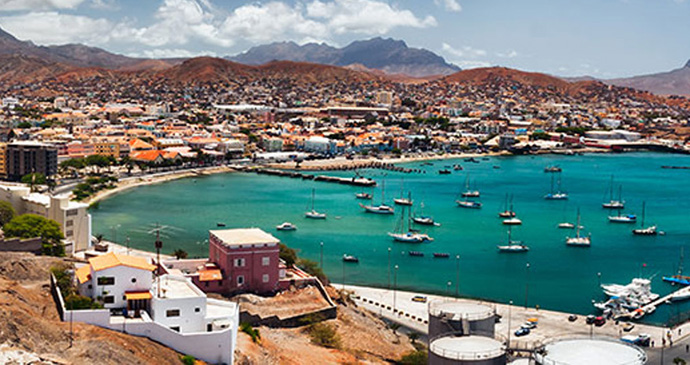 The capital city of Cape Verde is Praia. It is located on the island of Santiago (Sao Tiago), where the visitor will find many civil buildings, shops and markets to make purchases.

Do You Know Ottawa is the Capital City Of Canada ?

It dates to the fifteenth century when the Portuguese landed in the archipelago for the first time without knowing life on the island. In theory the use of the island would be to be a point of supply to trade with the Indies and Brazil in the matter of slaves.

In 1975 Guinea Bissau became independent and Cape Verde soon became the party that took power in both the African Party for the Independence of Guinea and Cape Verde, which planned to unite both countries in one. Finally the idea was broken and each one went on. 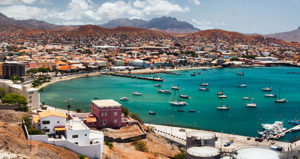 Praia is the capital of the archipelago of islands of Cape Verde. This archipelago is located in northwest Africa at the height of Dakar . There are paradisaical beaches.

Praia is located on the island of Santiago, the largest of the archipelago, within the group of leeward islands .

The climate is tropical and dry. There are no very high temperatures and they are quite stable. The rains are not very common and there is abundant aridity . The average temperature is 25 ° C and the rainy season between August and October.

Of the more than 100,000 inhabitants that we can find in the capital, the great majority are Creoles and a small minority are descendants of Africans. Those of European descent are practically nonexistent.As for religion, the population is mostly Catholic, although these devotions have readopted a little and merged with some indigenous beliefs .

They are mainly engaged in the export of different products such as coffee , sugar cane or citrus fruits and the activities generated by tourism in the area. The most important industries are food and drink, footwear and clothing or salt mines .

The main attraction of Praia and the islands in general are its beaches. Authentic havens that host thousands of tourists each year.

The pottery and basketry are the most exploited in the island crafts. Also the objects of pottery and lace, which are much pursued by tourists.

Monuments and places of interest

Among the places of interest in Praia is the Plateau or Plateau district, located on a promontory on the ocean coast , where public buildings are located, as well as other important buildings, such as the Presidential Palace, erected at the end of the 19th century. Century XIX like residence of the Portuguese governor, in the time of the Portuguese colonization. The city also has the Old Town Hall (Town Hall), building with a classic facade and a central square tower. Also worthy of mention are the Church of Our Lady of Grace, neoclassical style, the Ethnographic Museum and the Monument of the Portuguese navigator Diogo Gomes , discoverer in 1460 of the island of Santiago.

To the west of Praia, at a distance of 15 kilometers on the coast, is the Old City, which was the ancient capital of Cape Verde. To the north to approximately 60 km is the city of Assomada , with its market very visited and the museum of the Tabanka . To the north of the island of Santiago you can find Tarrafal with its paradisaical beaches destined to tourism. Also among the nearby towns are: Porto Gouveia , Porto Mosquito and Santa Ana .

There are 11 lines of urban buses that cross all the districts of the city. Nelson Mandela International Airport is located to the east of the city, and serves as communication to the capital with the many islands of the country and also with international routes from Africa , America and Europe .

The port of the city received an extension in the year 2013 , and is used both for the transport of passengers and goods to the rest of the islands. In the city there is an availability of about 1,000 taxis that serve To move to other towns is Very usual to do in Hiace , which are private vans. Almost all of them leave the area of ​​Sucupira and those who go to Cidade Velha, leave from the Roundabout of Terra Branca.