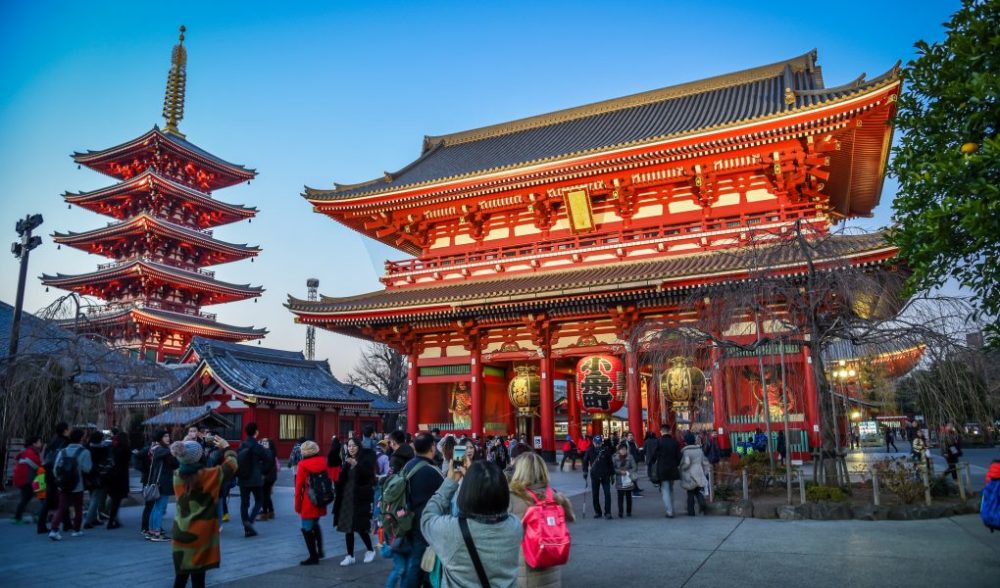 Tokyo is a city totally what you’ve seen so far, if you’re not Japanese, of course. For many, it represents the cusp of civilization, law, order, education, and fashion. In the following list, you will see a list of 10 places to visit in Tokyo based on the experience of Laura Orange, from the blog Travel cafe.

10 Places to Visit in Tokyo

Shibuya 109 and the Shibuya crossing

Shibuya is the zero zone of Japanese fashion and also the mecca. The dress of the girls, the lenses that increase the size of the eyes, the lace, the ruffles, the colored socks, the ribbons can be the most amazing thing you have ever seen. In Shibuya 109 you can find many boutiques where to shop. 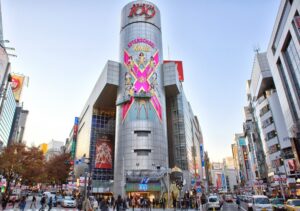 The Shibuya crossing is a couple of minutes from Shibuya 109, next to the station. This crossing is famous for the movie ‘Lost in Translation’ and for being one of the most active in the world, the quintessential essence of organized chaos. The traffic lights of all directions turn red at the same time and for two minutes a crowd invades the crossing.

You can observe such a light show and people from the cafeterias or experience the madness for yourself crossing the street. It’s amazing because no matter how chaotic it seems no one will collide with you, they are all synchronized and they walk according to the speed of the rest of people.

It is a Shinto shrine located in the Shibuya District, in the middle of a beautiful forest with huge torii doors that lead to the main hall. It is dedicated to the deified spirits of Emperor Meiji and his wife. Now it is the favorite place of the Japanese to celebrate weddings. 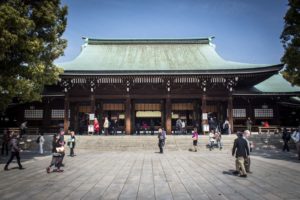 If you are lucky you will be able to witness some celebration and surprising of the ritual of the ceremony because they are very solemn. You will also see many worshipers on the premises and women and girls dressed in magnificent kimonos. Unlike the nearby Yoyogi Park, this sanctuary is the ideal place to contemplate ancient Japan and its traditions.

There is no better place to observe people in Tokyo than in this park. The venue is very popular with young Japanese people, especially during Sunday. You can detect an eccentricity unleashed in a nation of very reserved people in general: Classy girls drinking wine in glass glasses sitting on a picnic blanket, couples in love, teenagers rehearsing plays, people walking cats in supermarket trolleys. 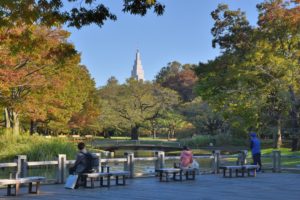 The park is quite large and never feels crowded, and this is a very common feeling in Tokyo, since, despite being one of the most populated metropolises in the world, it is difficult to feel overwhelmed by the number of people they surround you.

It is a Buddhist temple of the 14th century, although in the 16th century it was moved to its current location. During the Second World War, the temple suffered serious damage and most of the buildings had to be rebuilt, although it does not mean that it is not impressive. The temple is surrounded by a forest and, despite the intense traffic around it, the atmosphere of the place is so serene that it invites its visitors to meditation and contemplation. Cats that sleep peacefully in the temple gardens are proof of that. 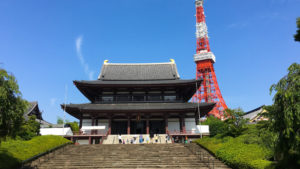 Behind the main hall, there is a cemetery and six Tokugawa shoguns are buried there. But the main feature of the temple is the Unborn Children Garden. Rows of beautiful stone statues represent unborn babies and are decorated by parents. Windmills are like little angels that help children go to a future life. Despite being a very sad place, it deserves a visit.

The two essentials of any visit to Japan are eating sushi and going to a cat cafeteria. There you will find sofas, manga books, toys for cats and, of course, cats. These cannot be picked up or disturbed, it is a very quiet space, you will even have to take off your shoes before entering and follow the rules. 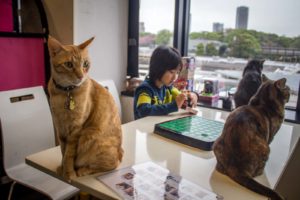 It probably gained its fame by its similarity with the Eiffel Tower. The Tokyo Tower and the Skytree are the two tallest structures in Japan. Time will tell what will be the favorite place for people to contemplate the panoramic views of the city. 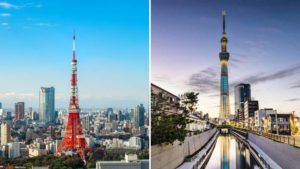 This is the oldest temple in Tokyo and the Kaminarimon (The Thunder Gate) is the symbol of the city. On the way to the temple, you go through a 200-meter shopping street where you can buy anything from snacks to Hello Kitty dolls, Buddhist trinkets, and parchments. This is one of the few Buddhist temples where you will see a greater number of worshipers than tourists, because, despite being a modern city, the inhabitants of Tokyo cling faithfully to their traditions. 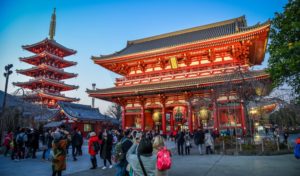 It’s the Tokyo City Hall. At 243 meters, it is the seventh tallest building in Japan. It was built with the intention of appearing between a computer chip and a Gothic cathedral. On a clear day, you can see Mount Fuji from its observation platform, although at night it is also impressive. Do not miss it! No need to be a fan of the manga to take a look at one of these stores and immerse yourself in the local culture. Very bright neon lights, colorful drawings, speakers with different sounds … Although it seems impossible to read a book there, it is easy to see Japanese reading manga, both there and on the train or subway. 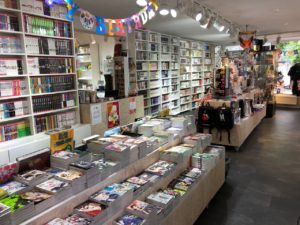 Traveling to Japan is not cheap. And if you want to avoid that your budget in the destination does not increase with additional expenses to those of flights, accommodation and food, purchase travel insurance such as Total travel that covers costs in medical or surgical assistance due to illness or accident. Health in Japan is expensive. In case of health incidents, loss of luggage or documents, or cancellation and interruption of the trip, the travel insurance gives you the peace of mind with a  24-hour assistance that you can call collect for you to indicate to which center of health attend and take charge of medical expenses without having to pay in situ and expect a future reimbursement of them.